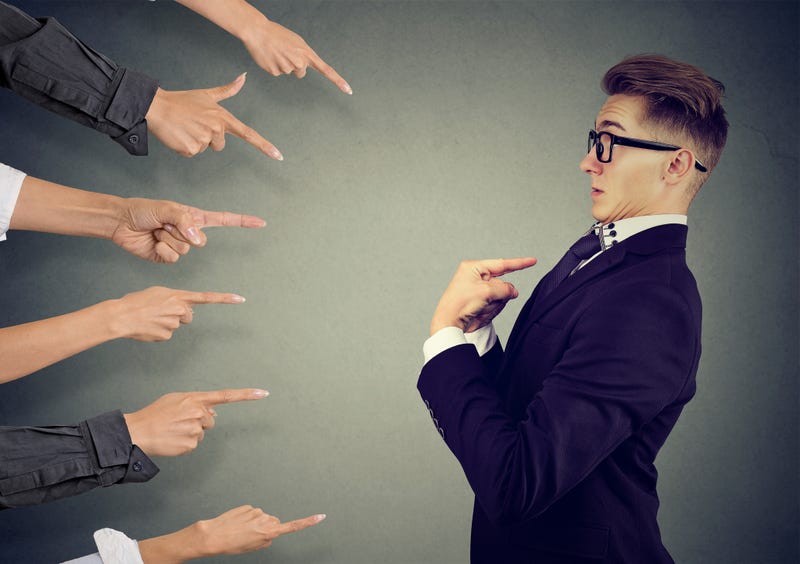 Are you guilty of “shaming” the unvaccinated? Before you answer, let's define “shaming.”

Merriam-Webster Dictionary defines “shaming” as the act or activity of subjecting someone to disgrace or humiliation, especially by public exposure or criticism.

Republican Congressman Steve Scalise is warning against shaming anti-vaxers. “What we need to be doing is encouraging people to get vaccinated, not trying to shame people who are unvaccinated or people that got vaccinated” was the advice Rep. Scalise offered.

Scalise, who had COVID-19 and did not think he needed the vaccine because of natural antibodies, decided to get vaxed after the Delta variant became dominant. “I have high confidence in this vaccination,” Scalise said, continuing, “It’s safe and effective. And I think we ought to be encouraging more people to do it. But again, not shaming people who haven’t. We gotta be getting them information, encouraging people to go talk to their doctors because there is real hesitancy out there...we ought to be confronting that, not trying to divide people based on who is vaccinated and who is unvaccinated.”

The state of Louisiana is reaching the point of critical mass with hospitals filling up with patients with COVID-19.  According to the Louisiana Health Department, 91% of the patients in hospital beds are unvaccinated.

I agree with Rep. Scalise that shaming people into getting vaxed up may not be the best strategy, but a lot depends on how Scalise defines “shaming.”

In my passionate plea to promote getting vaxed on the air, I’m sure I have crossed the line a few times, but I don’t believe that what I’m doing is shaming people. Is the use of statistics to encourage people to get the vaccine shaming? If I emphasize that 91% of the people currently in the hospital with the disease are not vaccinated - is that shaming? Is it shaming to repeat the information flowing from doctors and the medical community that the 4th surge is caused by Americans who are not vaccinated? I don’t think that rises to the level of shaming. That is just stating the information that is based on factual statistics.

There is no doubt there has been a trend to protect those who are unvaccinated since they overwhelmingly represent a voting base, but the truth is that the unvaccinated are responsible for this new dangerous surge. There are too many times when both political sides play the victim card. It’s important for us to call out those using the victim card and approach this moment of critical mass with honesty.

In the minds of many, there is a very fine line between shaming and telling the truth about where we are with the new surge.

Maybe promoting the idea that a loved one died because you (the unvaccinated) did not get the shot would be an example of shaming.  But to say that the unvaccinated fueled the new surge and that 91% of the people in the hospital with COVID are not vaccinated is NOT shaming.  It’s just telling the truth.

We should never be so sensitive that when the truth makes someone uncomfortable - that is not considered shaming. It’s the truth.