NBA Commissioner Adam Silver has reportedly apologized to Toronto Raptors executive Masai Ujiri, after a sheriff's deputy in California recently dropped a civil suit against Ujiri stemming from an altercation during the 2019 NBA Finals.

The Alameda County sheriff's deputy, Alan Strickland, sued Ujiri for what he had claimed was an unprovoked assault at the hands of the Raptors team president in the final seconds of Game 6 of the 2019 Finals, a win which sealed the first championship in Toronto franchise history.

Video footage from Strickland's body camera later appeared to contradict the claims of his lawsuit, as the deputy seemed to aggressively shove Ujiri without provocation while Ujiri was attempting to take to the court to celebrate the win with his team. 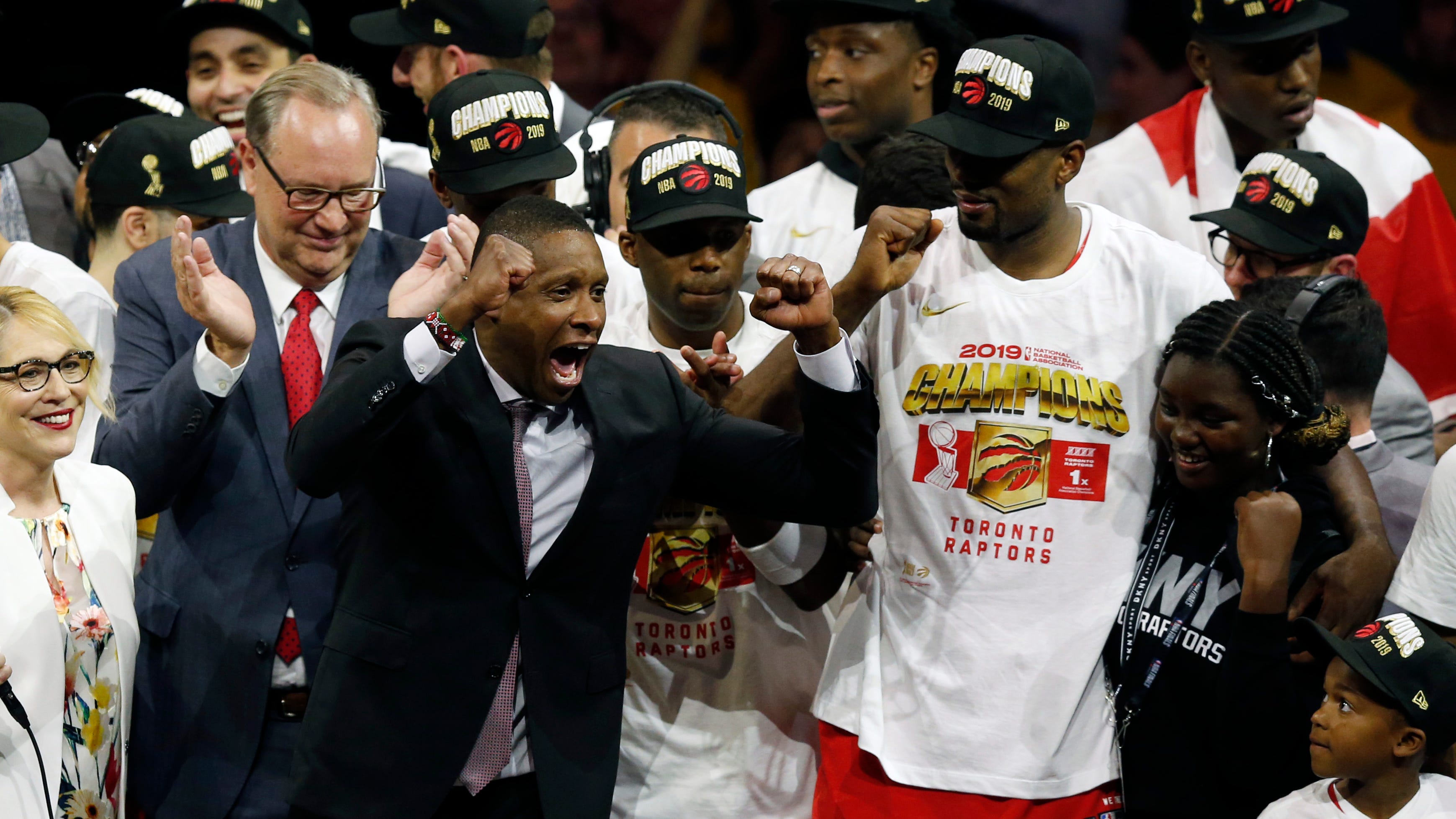 Raptors exec reflects on run-in with deputy: 'I lost a moment, others have lost their lives'

Prior to the release of the footage, Silver was asked about the incident in a feature segment about Ujiri which aired on HBO Real Sports in October 2019.

Silver appeared to play "both sides" when asked about the hostile exchange.

"It’s part and parcel of what comes with someone who is living on the edge a bit, and is hardwired to sort of march forward with incredible energy," Silver said of Ujiri. "I think lessons learned for him without assigning culpability or blame to anyone. As a leader, those are the kind of situations he needs to learn to avoid."

The comments went unnoticed at the time, but were recently resurfaced after news of the dropped lawsuits broke.

Silver, addressing his previous comments about the incident in an interview with a Canadian outlet this week, said he regrets his remarks.

“When I watch that last bit of the interview, in light of what we now know, I would love to take those words back,” Silver reportedly told Sportsnet. “[Masai] and I at this point have probably talked about that night 100 times since then. He has my full and unequivocal support.

“But I apologize to Masai for what I said in that interview. ... Believe me, when I look at that now, I cringe when I watch it.”

Following the incident, the sheriff's office said it would investigate Ujiri for potential assault. But tellingly, no charges were filed. That's when Strickland filed his civil suit.

Ujiri later countersued, and the body cam footage was released as part of the proceedings.

He appeared on Good Morning America this week to detail his experience, and said it was important to fight for George Floyd and other victims of police violence who weren't as fortunate as he was to escape relatively unscathed.

"It's worse that happened to other people, right? George Floyd -- I lost a moment, people have lost their lives. I say it as humble as I can, maybe the privilege or the job that I have to fight this. They’re wrongly accused, there’s no bodycam, nobody sees what happens, and they’re incarcerated or they are accused or charged. We have to fight for them."