The Indianapolis Colts secured their first victory of the season in dramatic fashion on Sunday at home. They it close with the Kansas City Chiefs throughout the entire game and Matt Ryan led a 76-yard drive deep into the fourth quarter for the win.

After a tie and a loss in his first two games under center in Indianapolis, Ryan showed what he was brought in to do against Kansas City in Week 3.

George Bremer and Ryan Hickey of the Audacy Original Podcast “The Blue Horseshoe” talked about Ryan’s first big moment as the Colts quarterback and why the final drive was so important.

“Credit to the Colts, credit to Matt Ryan for in the big moment finally – because I feel like I’ve been saying it for now at least four or five different drives through the first two games, ‘This is the drive where the Colts have to score, you got to get it done,’ and the fifth time it felt like so far in game number three, they’re able to get it done, get in the end zone, convert a few big third and fourth downs,” Hickey said (3:46 in player above). “They finally, finally answer the bell for really the first time this season with their most impressive drive of the year.”

The Colts led through most of the first half before the Chiefs took a 14-10 lead in the final minutes of the second quarter. The teams traded field goals in the third quarter and the final frame was scoreless until Ryan’s game-winning drive.

“I think the biggest takeaway, for me, initially for this game, is they were closers. All the way around,” Bremer said. “First and foremost, that drive is the first big moment for Matt Ryan as an Indianapolis Colt. He’s played in this league for a long time. That’s his arrival here on this football team. That’s what they brought him in there to do. To go out there when all else looks lost and you have to get the points on the board and do it. He did it in Houston to force overtime. He did it here (Sunday) to win the game. Obviously, they’d love to put themselves in a position where he doesn’t have to do that, at some point this season, where maybe you can just take a knee and win the game, but honestly, this is what he’s here for, right? This is why you go and get Matt Ryan, so that you feel confident in moments like this.”

Indianapolis got contributions from all over the field during that final drive. Seven different players caught a pass on that drive, culminating with a 12-yard touchdown to Jelani Woods.

The Colts were closers and it was all led by the quarterback.

“That’s one of the motivations to bring Matt Ryan in,” Hickey said. “You go back to last year with Carson Wentz and this team. They got off to hot starts all the time and they could never close the door. So many of their losses started with either a drive on offense that they couldn’t score in the end zone to win or tie the game, or a defense that couldn’t get one more stop to win the game.”

Ryan went 8 of 10 for 55 yards and a touchdown on that final drive. In total, the Colts ran 16 plays for 76 yards and took 8:14 off the clock. They left 24 seconds on the clock for Patrick Mahomes and the Chiefs, but Rodney McLeod capped off the victory with an interception. 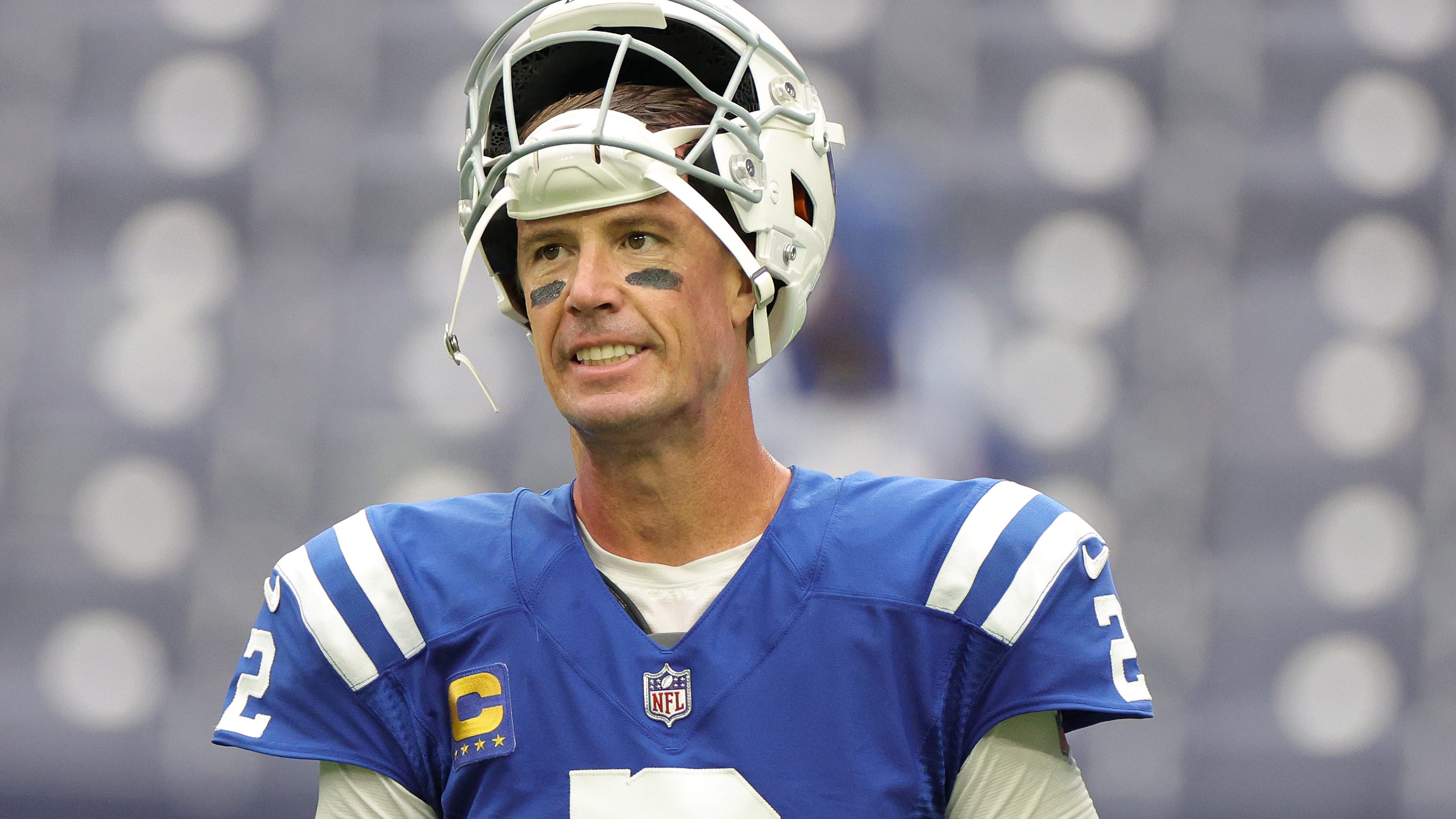 The ball that put Matt Ryan over 60,000 career passing yards was numbered 283