Even though Zeke Elliott has clearly declined in production, the All-Pro running back was still the leading rusher in Dallas while playing the second half of the 2021 season with a torn PCL and splitting the load with Tony Pollard.

While Elliott claims he is fully healthy during training camp, one former NFL GM believes he is "yesterday's news."

In an appearance on ESPN’s Get Up on Wednesday morning, former New York Jets and Miami Dolphins general manager Mike Tannenbaum had some strong criticism for Elliott, predicting that if the Cowboys continue to make him a focal point of their offense, they’ll finish no better than third in the NFC East.

“They just can’t run their offense through Zeke Elliott anymore,” Tannenbaum said. “If that happens, the wheels came off the bus. More players got hurt outside, maybe Dak Prescott got hurt.”

.@RealTannenbaum doesn't think the Cowboys should run their offense through Ezekiel Elliott this season.

"Zeke Elliott was yesterday's news. ... If they are running their offense through him, they are average at best." pic.twitter.com/CtAgR32hXN

Tannenbaum doesn't believe Elliott is even the best running back on the roster, giving that nod to Pollard.

Continuing on the same sentiment, Tannebaum called the Pro Bowl running back "yesterday's news" and said the team will be avaerge at best if they make him a focal point this season.

“Zeke Elliott is yesterday’s news. He can run between the tackles, but he is not dynamic, he is not elusive.” Tannenbaum said. “If they’re running their offense through him, they are average at best and looking up at both the Giants and the Philadelphia Eagles.”

While we wait and see if Elliott can return to form as an elite back in the NFL, his massive six-year, $90 million extension that he signed in 2019 may make the 2022 season a crucial one for the former No. 4 overall pick. 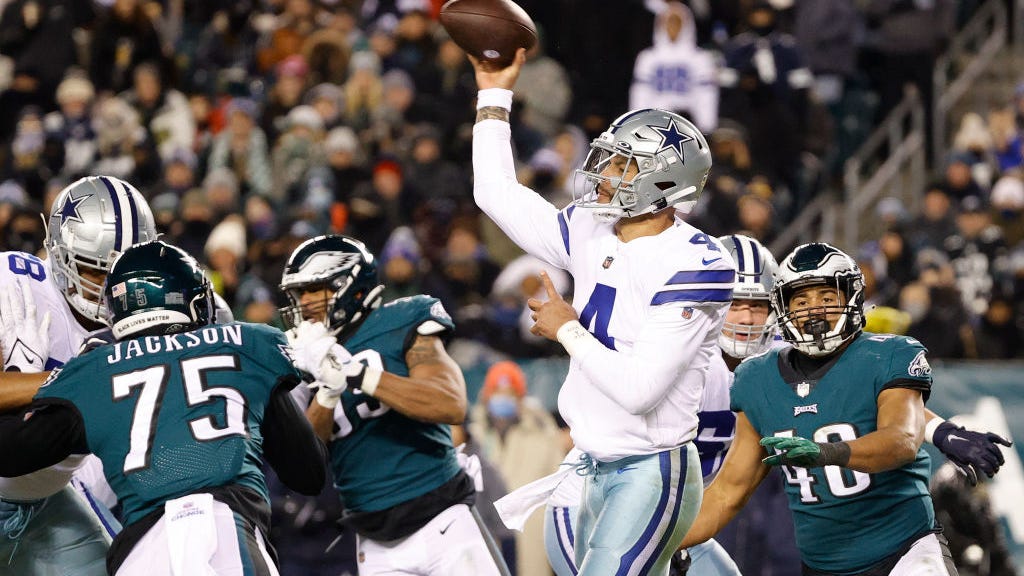 Rich Eisen: 'I like the Eagles to win the NFC East'