Travis Kelce is not only one of the most productive tight ends in the NFL, but he easily has a case as one of the best offensive weapons in the game today.

When speaking to Pro Football Talk's Mike Florio to promote he and Kelce's "Tight End U" camp, 49er's tight end George Kittle praised his friend but also stated how it "boggles his mind" that Kelce isn't paid similarly to some of the other top-flight wideouts in the league.

Florio asked Kittle who he sees as the best at his position and without hesitation, the three-time Pro Bowler said Kelce is. However, Kittle brought up the pay disparity between Kelce and guys like his former Chiefs teammate Tyreek Hill who makes $25 million a year compared to Kelce's $15 million.

“I mean Travis Kelce, six seasons in a row, 1000 yards,” Kittle said. “I’m pretty sure he has the most receiving yards over any wide receiver, skill position in the last six years. He gets paid half of what a wide receiver makes, which just boggles my mind. I mean, to me, Travis Kelce, he’s been doing it for so long and at such a high level. And he doesn’t have an off game. I think he has one bad game a year, and it’s just because he’s getting triple-teamed."

Kittle then pointed out how every team in the past five years that has either won or been to a Super Bowl has had an All-Pro caliber tight end on the roster.

"Every NFL team ... that's won a Super Bowl or been to the Super Bowl for like the last five years has had an All-Pro tight end a part of the team. I feel a tight end's not just like a cog in the wheel; it's an important position that can really add to your offense or diminish it."

For context, Kittle, the man who just admitted that Kelce is the best at their position, makes around $15M per year with $40M being guaranteed, making him the highest-paid player at the position. When you compare Kittle's deal to Kelce's, his contract pays him only $14.3M per year with only $20.75M of his $57M deal being guaranteed.

Even Mark Andrews, who is arguably the third-best tight end in the league is guaranteed more money than Kelce in his contract at $37.6M.

Even though there is a case that Kittle should get paid like an elite receiver, similar to Kelce, a big payday will likely be heading to the 49er's elite wideout on the roster--Deebo Samuel. In 2021, Samuel had a breakout 2021 campaign with 1,405 receiving yards, 365 rushing yards and 14 total touchdowns.

That's would be a hell of a bargain if the 49ers front office can get a deal done with Samuel. The only question that remains is how long with the franchise be able to keep Kittle at the salary he's at? With expectational tight ends being a rarity in the league, it's just a matter of time before the market resets itself and reflects just how important and rare talented tight ends are to an offense. 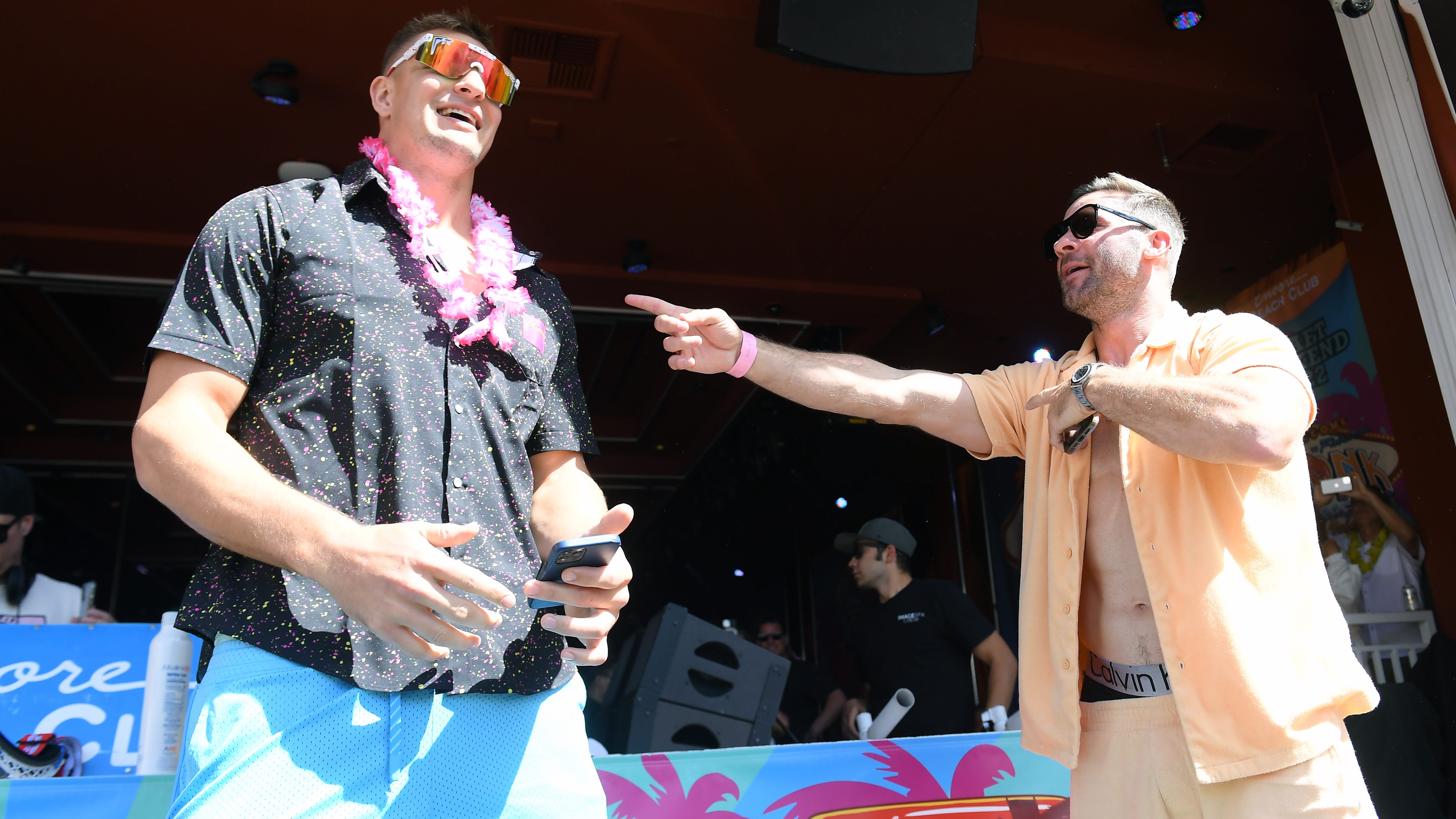 Gronk and Travis Kelce partied the night away in Las Vegas