When Baltimore Orioles' rookie catcher Adley Rutschman laced a triple into the right-field corner at Camden Yards for his first major league hit on Saturday, he did so while wearing a familiar number.

Rutschman -- who had previously been the top ranked prospect in the sport by MLB Pipeline -- is wearing No. 35. That was also the number that Hall of Famer Mike Mussina wore for the majority of his 10 seasons in with the Orioles. And thus, a debate has started about whether the Orioles should have retired the number for Mussina, rather than giving it to another player that could turn out to be a franchise great.

As ESPN's Paul Hembekides noted, Mussina is the only player who was elected on the writer's ballot to the Hall of Fame that doesn't have his number retired by the organization that he spent at least a decade with to start his career.

Mussina pitched for the Orioles from 1991-2000, going 147-81 with a 3.53 ERA, 3.63 FIP and 45 complete games. Mussina's 46.7 fWAR is second among all pitchers in Orioles history, trailing only Jim Palmer. When we ranked the nine greatest players in the history of the Orioles this past offseason, Mussina checked in at No. 6. The five players above him -- Palmer, Cal Ripken Jr., Brooks Robinson, Frank Robinson and Eddie Murray -- all have their numbers retired by the Orioles. None of the three players below him -- Boog Powell, Bobby Grich and Brady Anderson -- are Hall of Famers.

It should be noted that Mussina departed Baltimore to join the division-rival New York Yankees on a six-year/$88.5 million deal ahead of the 2001 season. Mussina spent the final eight seasons of his career with the Yankees. While Mussina was inducted into the Orioles Hall of Fame in 2012, ESPN's Buster Olney agreed on Twitter with the idea that the organization still may be a little perturbed that he left to sign with the Yankees. Olney previously was on the beat for the Orioles (1995-1996) and Yankees (1998-2001), overlapping with stints that Mussina had with both franchises.

When Mussina was voted into the Hall of Fame in 2019, he elected to do with a blank cap.

"Honestly, it wasn’t a very tough decision at all. I kind of made it in about three or four minutes," Mussina said at the time, via Greg Joyce of The New York Post. "I don’t feel like I can honestly pick one organization over the other. They both were tremendously involved in my career. The time in both places is almost even.

"I did a lot of good things in Baltimore, they gave me my first opportunity to pitch in the major leagues. I did a lot of good things in New York, we got to the playoffs seven out of eight years I was there. The year we didn’t go to the playoffs, I won 20 games. So both organizations were tremendously involved in this. I just don’t feel right picking one over the other. So the decision to go in without one logo versus the other was the only decision I could make that I feel good about."

Mussina certainly wasn't as good as Maddux, and definitely not as dominant as Halladay at the height of his powers. But Mussina finished sixth or better in American League Cy Young Award voting on seven occasions as an Oriole. Put it this way, if the Orioles had retired No. 35 for Mussina, it would have been hard to argue against it. 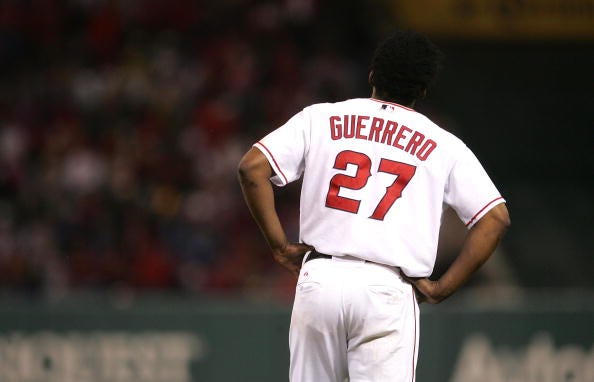 - Here's another awkward non-number retirement: Vladimir Guerrero Sr. wore No. 27 for the six seasons that he spent playing for the Anaheim/Los Angeles Angels. In 2018, he became the first player to wear an Angels cap on his Hall of Fame plaque. But when the No. 27 is eventually retired by the Angels, it won't be for him. Two years after he last played for the Halos, a rookie named Mike Trout got the No. 27. Perhaps that's proof that Guerrero should have gone into the Hall of Fame with a Montreal Expos cap.

- Over on Phillies Nation, I got to the bottom of why J.T. Realmuto was wearing a black helmet with his catcher's equipment over the weekend. 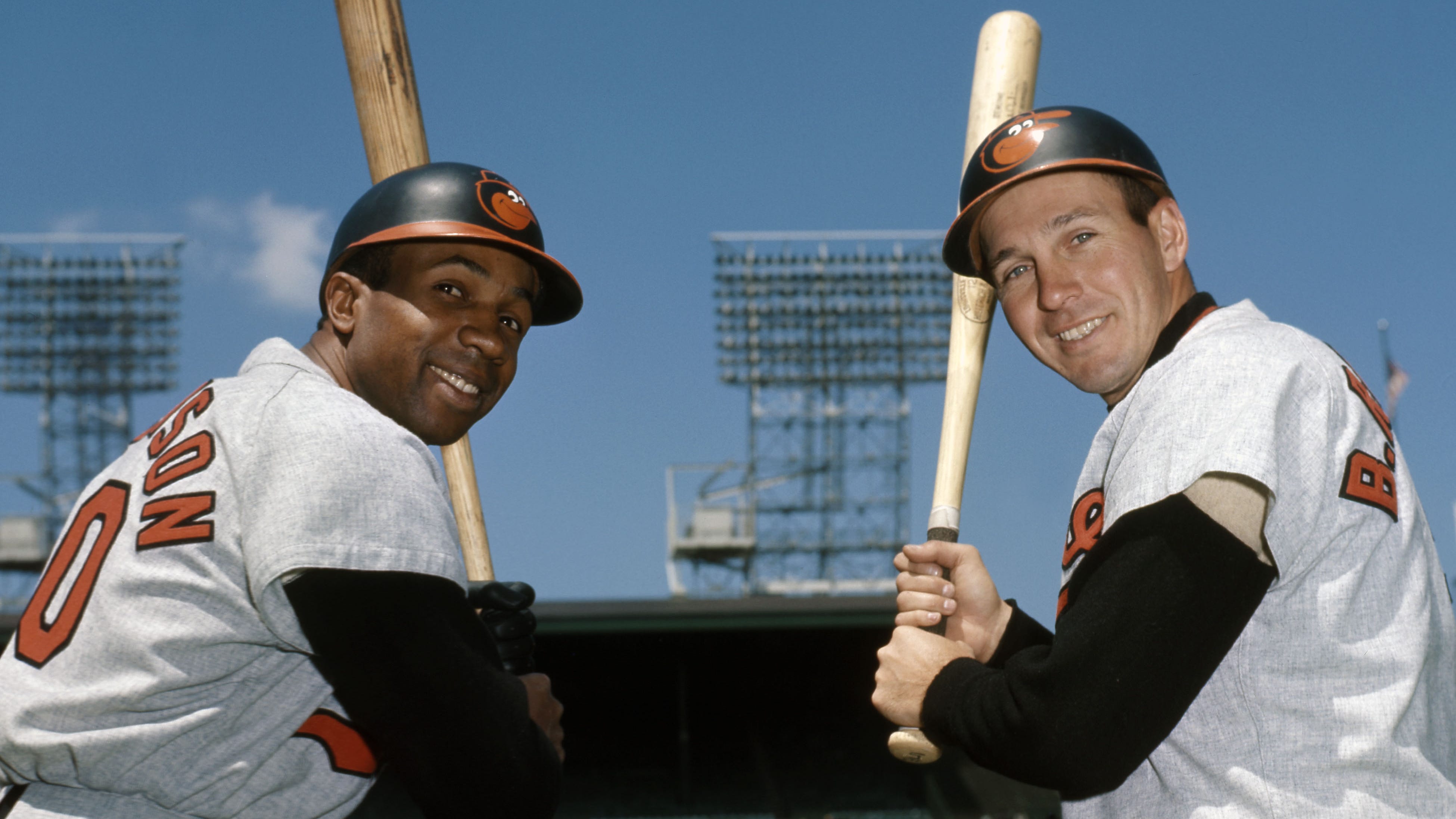