A team president going after a media member for a question to a starting quarterback is just truly uncalled for and almost inconceivable in almost every single way imaginable.

One, Washington Commanders team president Jason Wright's tweet was threatening. It doesn’t follow any semblance of how a relationship between media and the team should work. It’s completely unbecoming of someone in his position. It also shows, again, that Jason Wright doesn’t know anything about media, which is a pretty damning indictment of a President of Business Operations for a professional football franchise.

From a timing perspective – this is the day before the first ever game as the Washington Commanders. The first one ever. New name. New fight song. New everything.

Except, this is a reminder that despite all that new stuff, this is the same old team. The team president is making news completely unrelated to any of that and completely changing the narrative from what we would otherwise be talking about. Completely changing the rundown of every talk show from talking about football and previewing the game, to what the team has been working on – the fight song, what will the stadium will look like? – which is all they’ve wanted for the two years that Jason Wright is so proud of. And now we're talking about Jason Wright’s Twitter account.

This is the same man whose grandest idea was to unveil a new brand on "The Today Show," whose Venn diagram with Commanders fans is two circles that barely overlap. Not "Good Morning Football." Not "SportsCenter." Not through their own, plentiful channels, but through a morning news program with a real journalist, in Craig Melvin, who told the full story.

That story – lest you forget – is that the team needed a name change because the old one was racially insensitive at best and flat-out violently racist at worst. That rebranding was happening amidst the organization being under Congressional investigation for its toxic workplace after a league investigation found that the workplace was so bad that it handed out the largest fine in league history and told the owner he can’t be around day-to-day anymore. 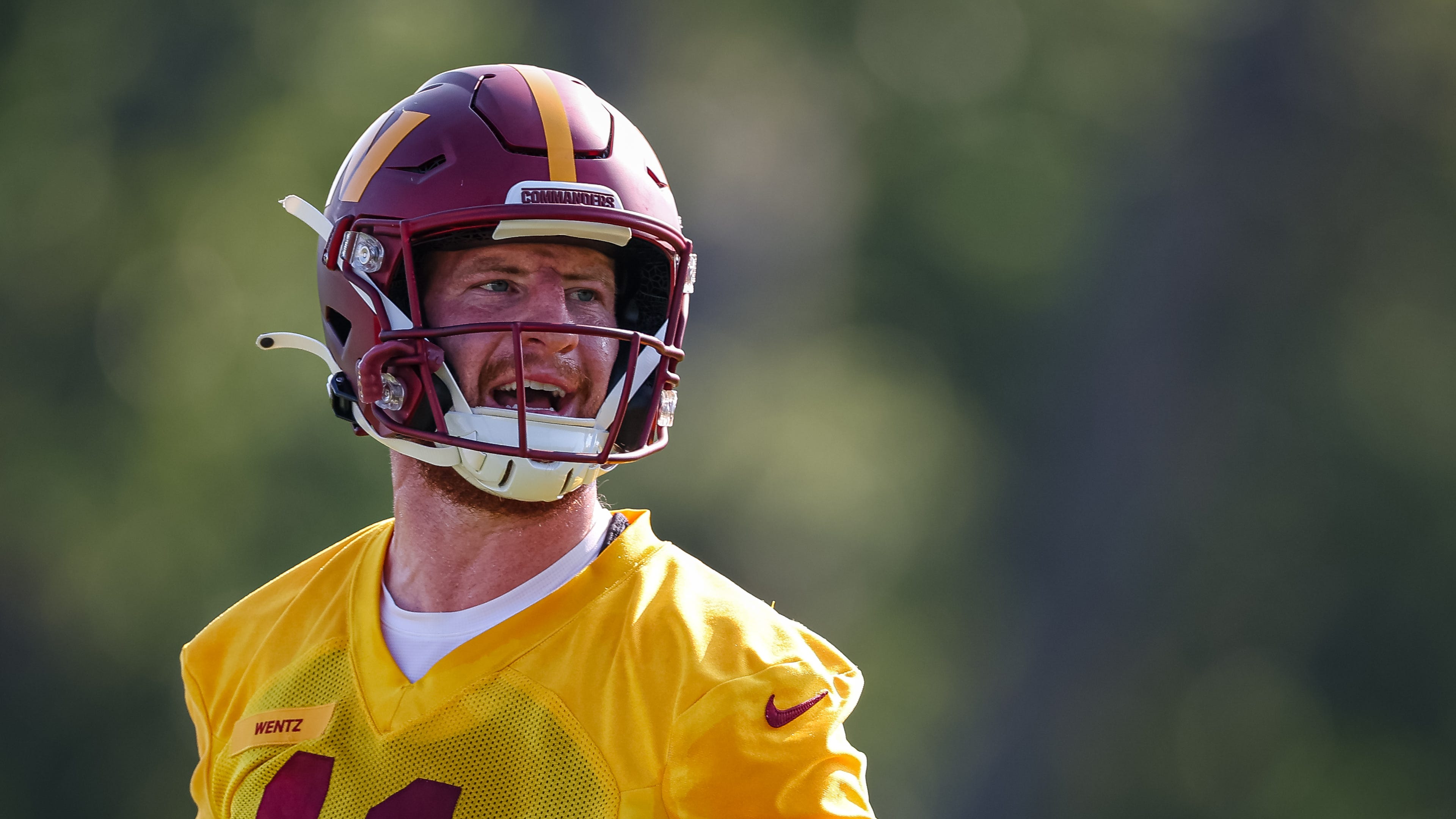 And Jason Wright decided that he wanted to put all that on display for a nationwide audience so that Doug Williams could go “WE ARE THE COMMANDERS” and voila! That’s it! That’s the brand!

No hype video reveal. No string of legends telling the story of the franchise’s better times. No insight into how the name was picked or ANYTHING like that leading up to the reveal on "The Today Show" before the name was revealed. Just “WE ARE THE COMMANDERS” following a news story of how potentially criminally bad your workplace has been in the last quarter century, and then a bunch of announcements that the rest of the brand will be unveiled at later dates, the last of which was supposed to be tomorrow, the first game as The Commanders, and instead we’re talking about Jason Wright’s absurd usage of his Twitter account.

So then, that was on Feb. 2, in March, the football operation, something Jason Wright is not a part of, trades for a quarterback with a less than stellar recent history, including an all-time stinker in the last game of the season against the worst team in the league (the Jacksonville Jaguars) with a playoff spot on the line.

Said quarterback is the least accurate QB in the league the last two seasons, per NFL analyst Warren Sharp’s metric.

After said quarterback is bouncing balls off the turf against air in practice and people like me are going “wow this isn’t ideal, but thank god it’s only camp…let’s see!” and folks that are out there every day are like “yeah, he’s inconsistent and his footwork is inconsistent and it makes sense, but not all bad, but definitely inconsistent,” Scott Abraham asks him this:

Me - "Carson, there's a growing narrative that you've been inaccurate in training camp. Is that a fair characterization?@cj_wentz - "For one, it's camp. I didn't know that, so thank you."

Watch the entire back and forth. Good stuff from the @Commanders QB1.

Is it pointed? Yes. Would other reporters perhaps have smoothed the edges some? Yes, but in my opinion, that’s actually less fair to Carson Wentz because what Scott did was present the real conversation happening and allow Carson, the person at the center of it, to respond. And he did. Masterfully. He gave us real insight. He gave us a real perspective. I think it was a great answer and that’s part of playing quarterback in the NFL: You have to answer tough questions. Carson nailed it, not only saying “the right thing” but being honest about where he sees things right now and where there are opportunities to grow. 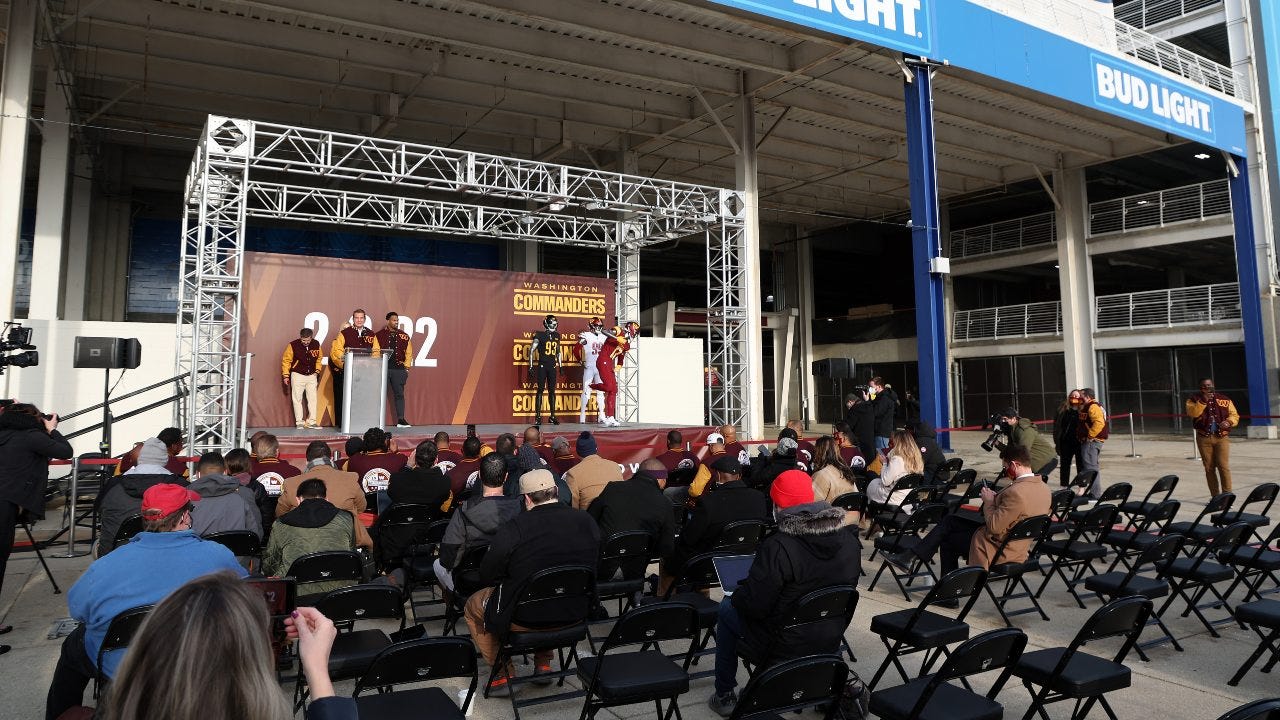 And then Jason Wright, a team president presiding over a declining franchise in terms of popularity, seen in any number of metrics including the fact that they were second to last in the entire league in attendance last season, decides to nuke the reporter on Twitter asking that very fair question.

And he didn’t minorly criticize, he threw a hissy fit. He actually used the words "childish" and "pompous." He dared threatened him by saying “don’t expect any special access or to build rapport with the guys.”

This is a fundamental misunderstanding of the media. We’re not all looking for special access. Are there times you may request something out of the ordinary for a specific story? Yes. Are there reasons a team might invite a reporter in to cover something and there are stipulations around that? Yes. That’s the business.

But, day-to-day, we’re looking to tell stories with the access we have. We’re looking for the required by-rule access that the NFL has established and that is enforced by the Pro Football Writers Association of America that negotiates these things on our behalf. We’re looking for the same types of interviews and access that we have been given for years despite being critical, asking tough questions, and telling the truth about what has consistently been a poorly run franchise on and off the field.

And you know what? That honesty builds rapport. That honesty is what garners respect. You know how I know? Because I did it. I was there. I brought up bad play up with guys, not in a confrontational way, but in a way that allowed them to either correct the record or to answer for it. And generally speaking, platers appreciated that.

And even if you disagree with me and think that Scott was out of line and Jason’s criticism is correct, which is something I think reasonable people can disagree on that, it’s absolutely not Jason's job to handle.

Jason is the team president, not the team’s public relations director, who I would bet every single dollar in every single one of my bank accounts is absolutely furious right now. And I’d bet the same amount he’s not the only one in the organization, and I bet that includes the head coach. 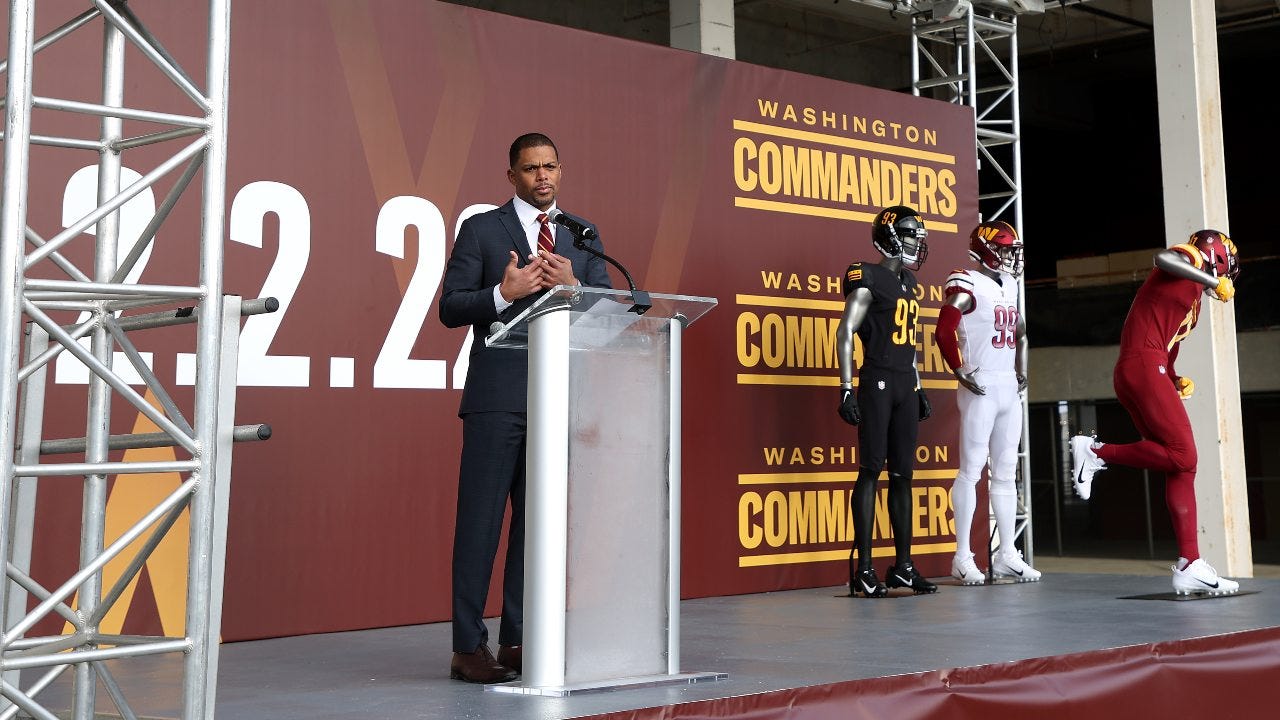 This isn’t how you handle things, and again, I know this, because I’ve been there.

When I was the beat reporter for 106.7 The Fan, I’d get at least one call a year from Tony Wyllie, who was then head of the team's PR department, yelling at me for something either I said or asked, or often something that someone else on the station said! I’d get yelled at for stuff The Sports Junkies did and I’m like “Tony, why are you calling me about this?!”

But you wanna know what Tony did? He called me. And we talked about it. And without fail by the end of the call, there was an understanding. And if I was wrong, I’d make a correction. And if he was wrong or at least understood where I was coming from, he’d leave it and we’d continue our professional relationship. Not once did I have my credential threatened. Not once did I have my access dangled over my head. Not once was an interview taken away from me because of me doing my job in a way the team didn’t like because I didn't work for them.

And if that messed-up version of the organization could handle that, why can’t Jason Wright’s version?

The one he’s so proud of building the last two years, despite the epic blunders — from Sean Taylor’s number retirement to the brand unveiling to the busted sewage pipes to the failed training camp lottery system — that he’s overseen.

And at the end of the day, what this is a reminder is that Jason Wright is a person who works for Daniel Snyder.

If I’m gonna give Jason some grace, maybe this just wasn’t his best moment and the pressure of working for Dan Snyder amidst Congressional investigations, a failed stadium negotiation, multiple league investigations, and investigations by D.C., Maryland, and Virginia into the way they run their business, not to mention all of the other things I’ve been talking about for the last 20 minutes pounding on him every single day just got to him and he had a human moment. He broke. It wasn’t his best moment. He lashed out.

You don’t like someone? Go after them. Someone says something that’s unflattering about you? Threaten them.

Culture change? Not so much. It’s a Dan Snyder move from Dan Snyder’s team president and as we sit here in 2022 on the eve of the Commanders' debut. And some things are still the absolute exact same. 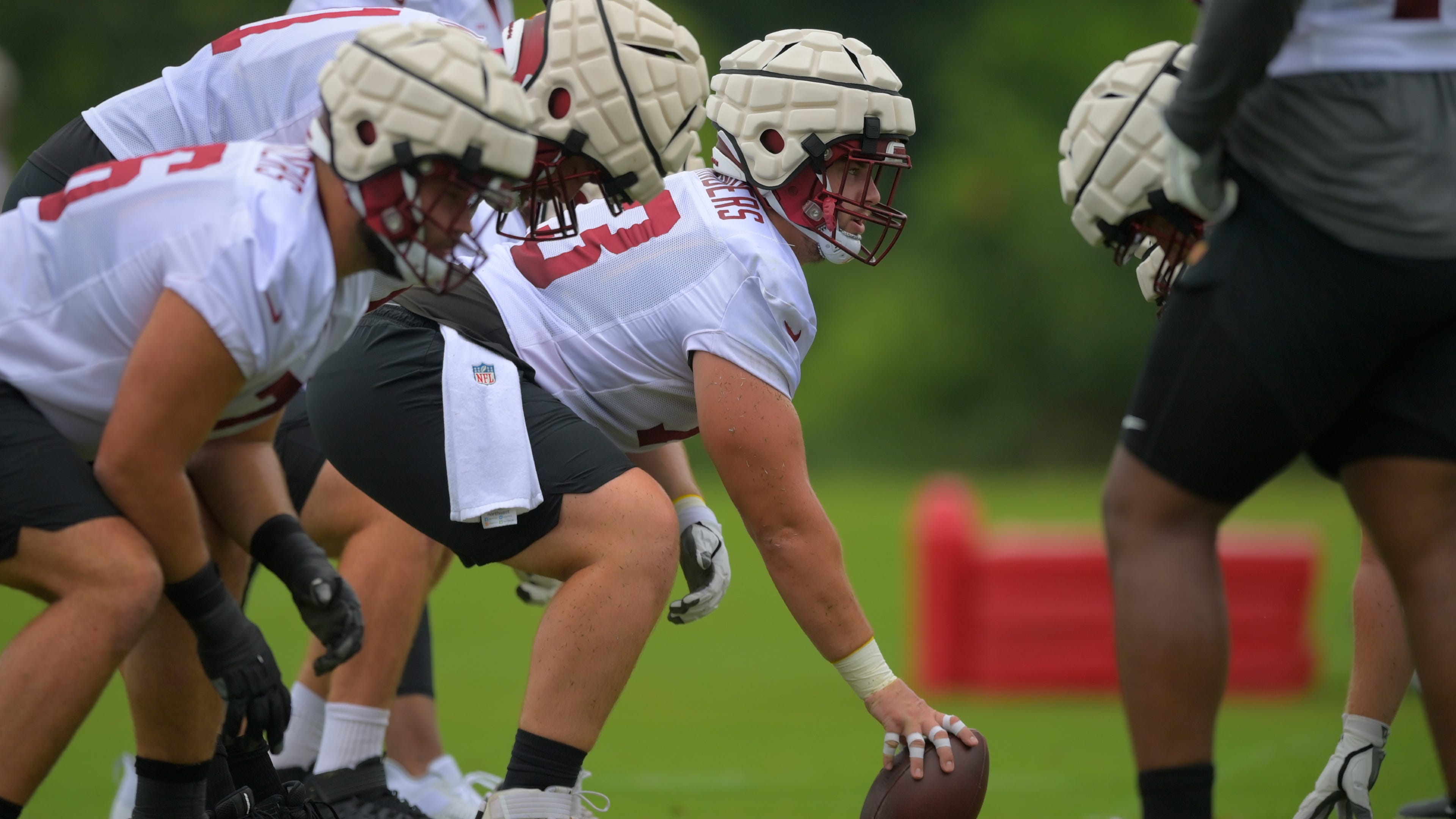