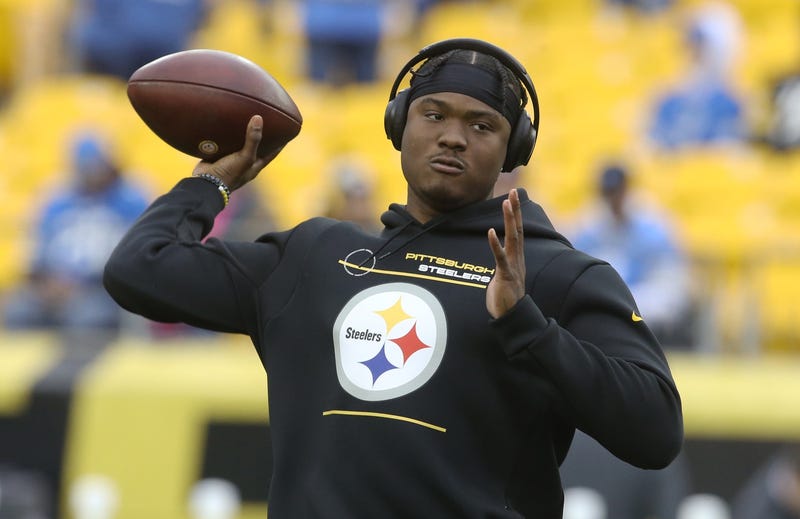 With Ben Roethlisberger out for Sunday’s game against the Lions and Mason Rudolph starting, Dwayne Haskins was one play away from seeing his first regular season action of the season.

But, it doesn’t sound like he was taking his potential playing time seriously.

NFL Network’s Aditi Kinkhabwala, who joins Poni and Mueller for an hour every Monday at 4 p.m., said in a tweet that before the game started, Haskins, “spent warm-ups throwing lousy passes & checking his phone.”

Mason Rudolph has had 4 years to show who he is. Dwayne Haskins, ostensibly one play from his 1st game action yesterday, spent warm-ups throwing lousy passes & checking his phone. Ben Roethlisberger may not be who he once was, but there’s a reason he’s your QB, #Steelers fans. https://t.co/MyQYaMTqeb

Not exactly the kind of pre-game prep you would hope for from someone who was a bad hit or injury from taking the field.

Rudolph, who was never really in serious danger of losing his backup job didn’t play well, in yet another chance to show he can be the successor to Roethlisberger, but there were times he was serviceable enough to be backup.

.@AKinkhabwala says on @937theFan that coaches were talking about Dwayne Haskins blowing his opportunity. Not taking it seriously. And not showing the maturity that they hoped for.

Not Haskins though. Even though head coach Mike Tomlin spoke highly of Haskins in the offseason, we haven’t seen much of him.

His poor performance in the preseason didn’t help either.

Ben Roethlisberger isn’t the player he was a few seasons ago, but he’s still the Steelers best option at quarterback.