Jonathan Allen, since entering the NFL as the 17th overall pick in 2017, has managed to keep a good handle on things.

After Wednesday's practice during the Washington Football Team's mandatory OTAs, Allen was asked about the nuances between playing in a 3-4 versus a 4-3 (Washington made the switch to a 4-3 when hiring defensive coordinator Jack Del Rio last offseason).

In his self-assessment of how comfortable they are since making the switch, Allen – intentional or not – gave the greatest job description.

"I feel like in the media it's made out to be bigger than what it is," Allen said. "As a defensive lineman, I get paid to whoop people's asses."

"So, it doesn't really matter what scheme I'm in," he said. "It could be a 3-4, 4-3, 4-4 — like, it really doesn't matter to me. I get paid to stuff the run and rush the passer, and regardless of what scheme I'm in, I'm gonna be able to do that at a high level and I'm confident in my other defensive tackles' and my defensive ends' ability to do that."

Nevertheless, Allen is excited to have his running mate back in Matt Ioannidis, who missed the majority of the 2020 season with a torn bicep.

"Man, Matt's a core staple to this defensive line group," Allen said. "So it's definitely exciting and good to have him back. We love playing with him. He's a great guy to have on the field, off the field, so we were definitely missing a part of us last year. So to have him back is really exciting for us and we're excited to see what we can do this year."

While there's never been greater hype behind Washington's defense, Allen knows words are cheap and they'll eventually have to prove it on the field.

"I think they're fitting in perfectly," he said of the additions on defense. "I mean I think we have a great group of guys. The energy is great. The competition has been great. I'm excited, I really am. Like I said, I'm not gonna talk too much about what we can do because, at the end of the day, we have to do it, and it doesn't matter what we say. But I'm very, very excited about the potential we have to be a successful defense this year." 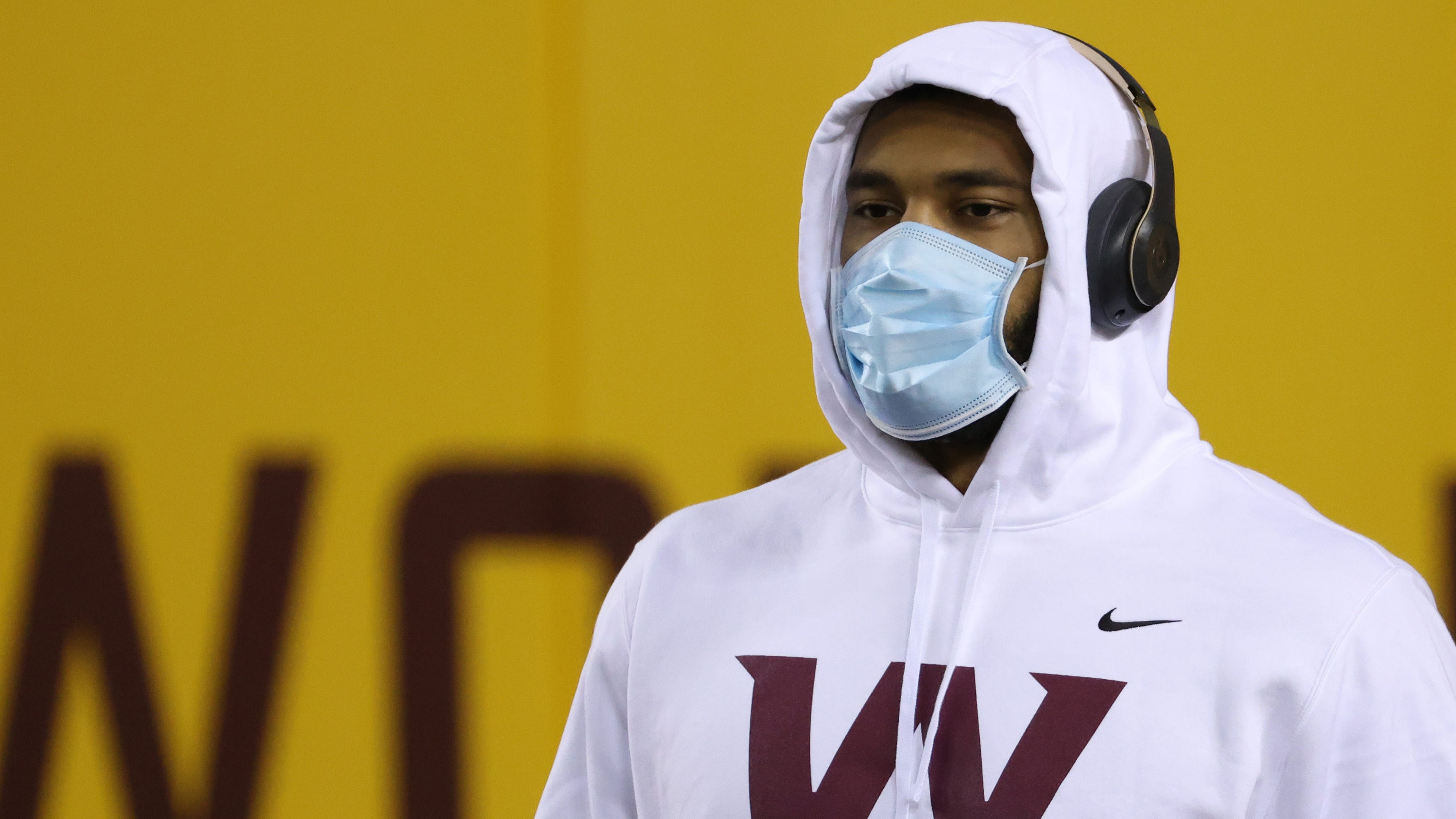 Montez Sweat has no plans to get vaccinated