The Washington Football Team found confirmation more than exploration during its minicamp. As the team now breaks until July 27 for training camp, the basic tenets of this roster weren't surprising.

** The defense is a top-five unit.
** The offense now has a lot of options.
** This is probably the team's most depth in decades.
** It's another promising rookie class.
** It still comes down to the quarterback.

Let's go in reverse order because quarterback is the key. Ryan Fitzpatrick is the presumptive starter over Taylor Heinicke and Kyle Allen. Fitzpatrick started 146 games over 16 seasons, but his only winning mark was 10-6 in 2015 with the New York Jets.

Fitzpatrick threw several picks in training camp against a top-rated defense showing no mercy in daily workouts. But, they were mostly Fitzpatrick's mistakes more than defensive cunning. That should be scary come fall when coach Ron Rivera will trust a veteran passer not to screw it up.

If Fitzpatrick continues his history of turnovers, Washington will struggle. Minicamp did little to lessen fears. Fitzpatrick is clearly a leader and likeable person and has a grasp of the offense, but it's not a given he starts 17 games. That's why Heinicke's growth is important. The fan favorite experienced good and bad moments over minicamp, too, but there's much promise in last year's late-season pickup.

That said, Washington will be known as a defensive juggernaut this season. The line continues to show a greater feel for the system, especially after Montez Sweat, Daron Payne and Jonathan Allen made great strides last season alongside rookie Chase Young. The key over minicamp was watching the secondary. Clearly, free agent William Jackson is an upgrade over Ronald Darby. Safety is an interesting race between newcomer Jeremy Reaves, Landon Collins and Kamren Curl.

Indeed, depth has greatly improved team-wide. Washington is revamping its offensive line along with several backups that might start elsewhere. Same for the defensive line with Matt Ioannidis and Tim Settle. Receiver and tight end cutdowns will be hard.

Bottom line – 10 wins isn't reaching despite the NFL's ninth-toughest schedule. This is still another step in Rivera's rebuilding plan, though. Washington is probably still another year away from truly contending, but this defense can carry this team into another postseason. 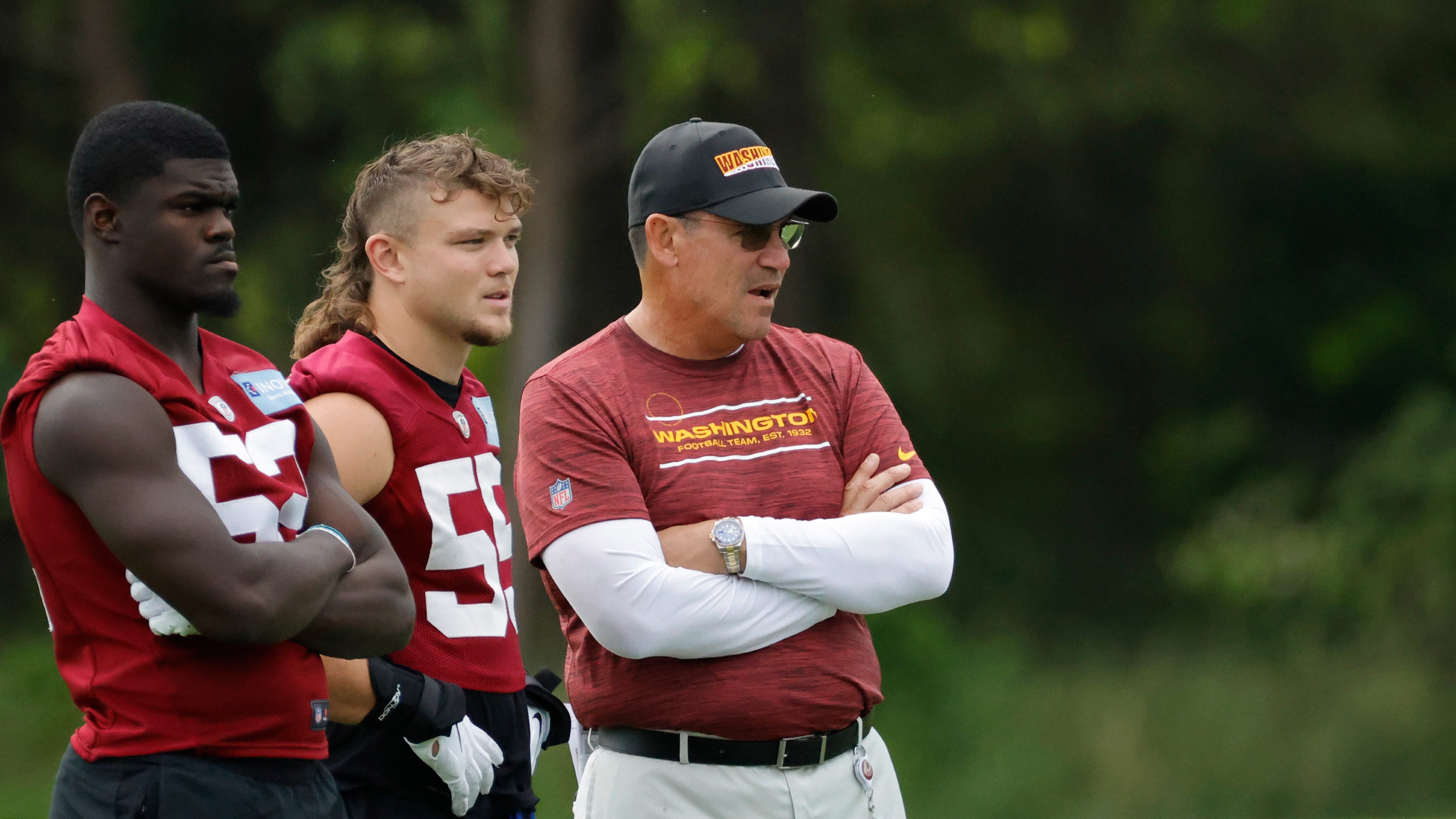 SNIDER: Defense already dominating for Washington Football Team
We strive to be a platform where varying opinions may be voiced and heard. The views, thoughts, and opinions expressed by the author(s) of this article and/or by those providing comments are theirs alone, and do not represent those of Audacy, Inc. We are not responsible for any damages or losses arising from this article and/or any comment(s).