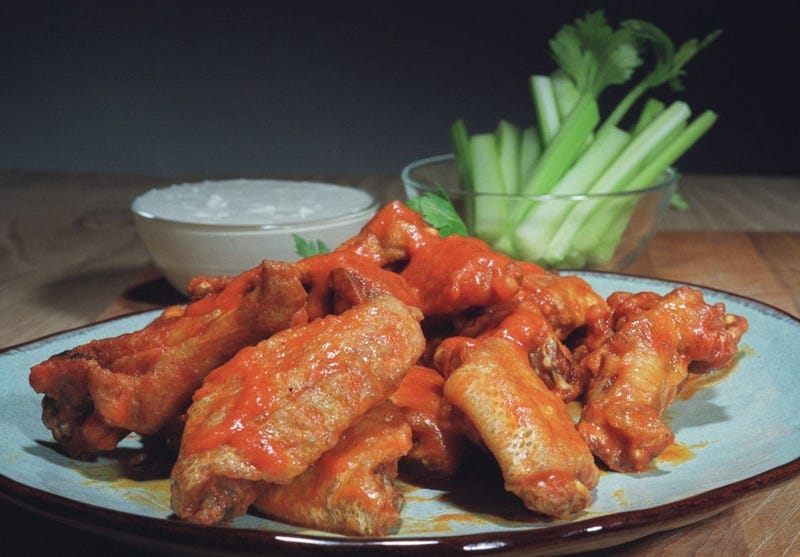 It seems every day in the US has become a day to celebrate a national “holiday” - whether it’s National Cookie Day, National Crème brûlée Day or National Pizza with the Works except Anchovies Day (yes this is a thing) – food lovers can take delight in knowing they will have a special day to celebrate an unofficial holiday.

Luckily for the Hoch and Crowder show, today is National Chicken Wing Day!

Chicken Wings have been a highly debated topic on social media and talk radio all around the country but never as fiercely as on this show. A tweet from Hoch about his favorite chicken wing flavors set twitter on fire, resulting in outrage from chicken wing purists and revitalizing an extremely controversial debate.

The tweet outraged MANY as the host of the Hoch and Crowder show was ratio’d on Twitter once again. Listeners and fans of the show chimed in via social media and the text line to express their dismay in Hoch’s selection of “boneless” wings cracking his Mt. Rushmore.

As the controversy ensued over “boneless” chicken wings being lumped in with flavors, one man’s reaction to this very same Mt. Rushmore couldn’t be forgotten.

“BONELESS? THAT’S NOT A FLAVOR THOUGH, HOCH” shouted Miami Dolphins legend, Oronde Gadsden. The former WR couldn’t believe his ears when Hoch read him this very list back in December of 2019.

In honor of that very quote from OG – a quote which has lived on in infamy on the show – there is no better way to celebrate National Chicken Wing Day than to reminisce on the classic reaction to Hoch’s Mt. Rushmore of chicken wing flavors.