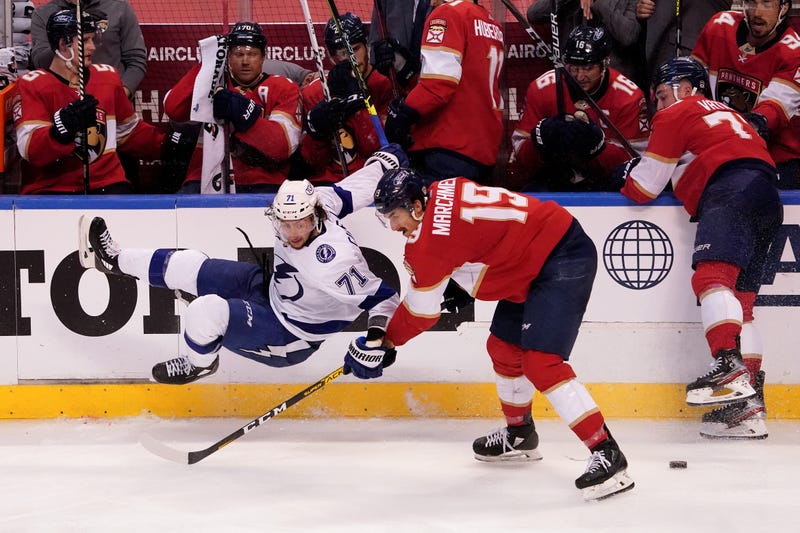 NHL Insider George Richards is keeping a keen eye on the Panthers vs. Lightening Series. Fans are keeping an eye too, Panthers fans packed in the first two games Richards says, “I do not know if they increased attendance without telling anyone.”

The Lightening are up in the series because they have done things right, Richards mentions, “They protected the lead a little better than Florida in the previous game.”

Speaking about Tampa Bay, Richards adds, “As soon as they got up 2-0, they shut everything down and battled up the middle.”

So what will happen in game 3, Richards says, “I think Florida can definitely bounce back in Tampa Bay.”

The big question is who will be in net for tomorrow’s game.  Richards thinks it will be Chris Driedger stating, “Why would you make the change, you said it was a performance based.”

Richards fells game 3 will be a good one for Florida but has reservations saying, “We will see them bounce back but that does not mean they are going to win.”

Get ready it is Panthers vs. Lightening with a lot on the line.​