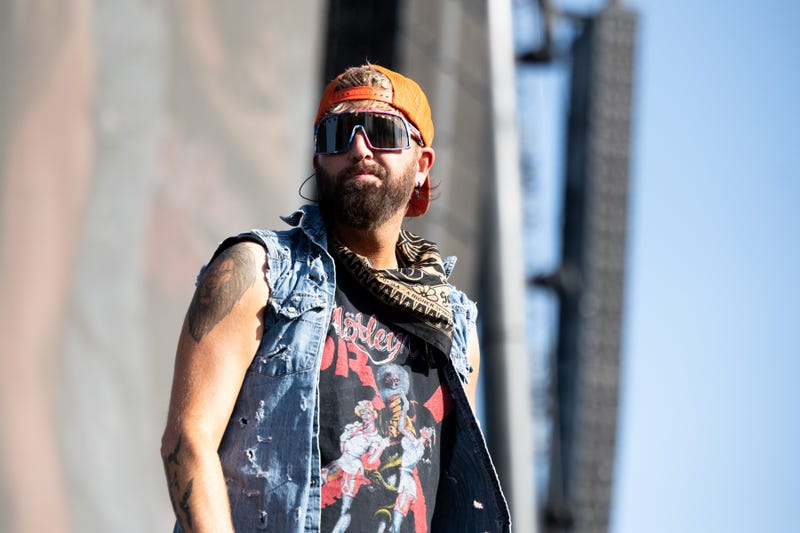 Preston Brust, one half of the country duo LOCASH, announced that's he's been living with Bell's Palsy since 2009.

Listen to your favorite music now -- curated for fans, by fans -- on Audacy’s Country Edge, and more!

The "I Love This Life" singer revealed to People the frightening moment when he realized something was wrong and he originally thought that he was having a stroke.

"I was brushing my teeth, and all of a sudden I looked in the mirror and there was toothpaste just coming out of the right side of my mouth — all down my beard and onto my shirt," Brust explained.

Tests confirmed that Brust actually had Bell's palsy and was diagnosed in December of 2009. The condition is a viral inflammation of the facial nerve that causes one-sided paralysis or weakness with no known cure.

"I count my blessings. I'm getting stronger every day, and I don't worry about it quite as much—especially the second time around," Brust said. "It's like, 'OK, we got through this once, we can do it again. We know this is going to be a long journey, so pack your bags — and let's roll, let's do this.'"

Brust, who has been one half of LOCASH with bandmate Chris Lucas since 2004, doesn't plan on letting this condition slow down his career and has a great support system intact.

"I'm surrounded by so many great people," Brust said. "My wife reminds me that she thinks I'm handsome even on the days when my face ain't working at all. And when we're onstage and there are thousands of people's hands up and everybody's jumping up and down and they're singing… somehow I forget about it while I'm out there."

Browse and favorite some of our all-new Country stations like Audacy New Country, Tailgate Crashers, Jake Owen's Tiki Tonk, Country Edge, and Katie Neal's Leading Ladies for more of the best from the female side of Country music.