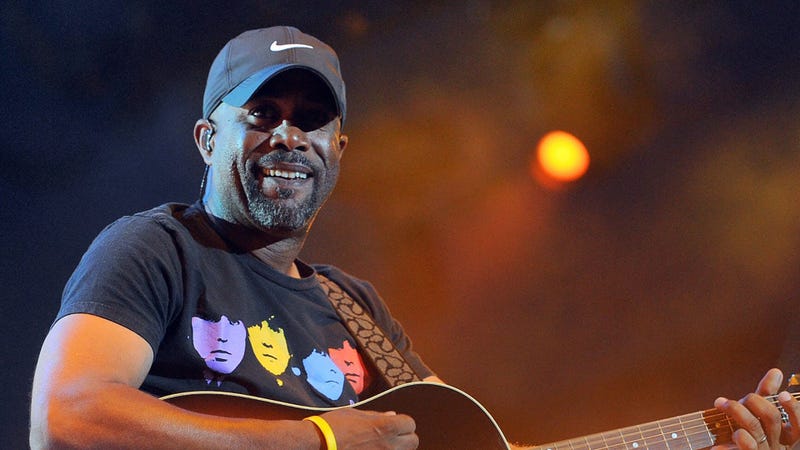 Country star, Darius Rucker, recently spoke out regarding his beliefs on the state of race in Country music and the ways it has evolved over time.

The “Wagon Wheel” singer recently penned a piece for Nashville’s Tennesseean newspaper as part of its Hallowed Sound series, which focuses on highlighting Black legacies in American music.

In the piece, Darius shared his own experiences rising to fame as a Black Country artist and the hope he has for the future of artists like him.

“When I came to Nashville 14 years ago, I was going into the radio stations and being told that they didn't think it was going to work because I was African American” Rucker wrote. “That was tough. But I was glad to get the truth, and it was what it was. When I had three number ones in a row on my first record, I think that made people go, ‘Well, maybe we were wrong.’”

Wrong they were, as Darius was followed by even more talented artists of color who started to fill the genre and raise awareness surrounding the lack of Black representation in the genre.