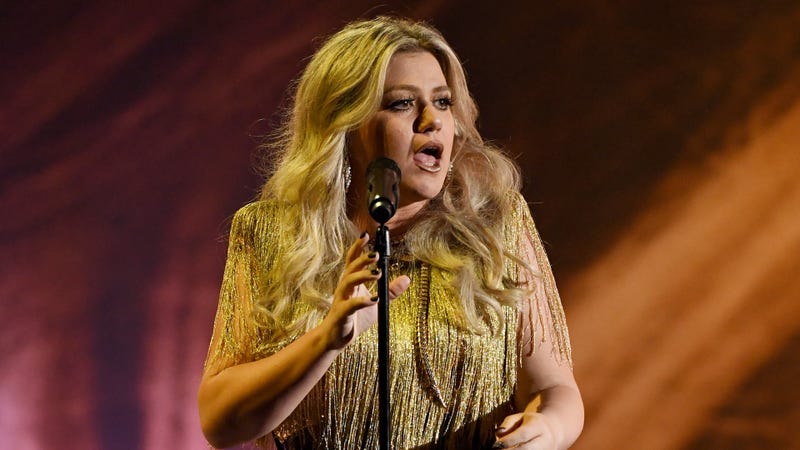 During an appearance on The Kelly Clarkson Show Tuesday afternoon, Anne Hathaway put host, Kelly Clarkson, to shame when she slayed a version of “Since U Been Gone.”

Clarkson challenged Hathaway to a game of Sing That, Name That, Tune, where Clarkson’s band played a random song and the celeb that recognized it first would step forward and belt it out.

Judged by America Ninja Warrior host, Matt Iseman, Clarkson quickly regretted the idea for the game when Anne beat her to just about every song, including her own.

“Oh, my God,” Kelly said when Anne recognized “Since U Been Gone” before she did. Kelly fell her knees in embarrassment and covered her head. “S***” she yelled before joking, “Shall I just quit?! This is embarrassing.”

Clarkson redeemed herself by the end as she recognized and performed Vanilla Ice’s “Ice Ice Baby,” while Hathaway suspected the song was Queen’s “Under Pressure.” While Clarkson ended up winning the final round, everybody won with the cool mash-up they made of the two songs!