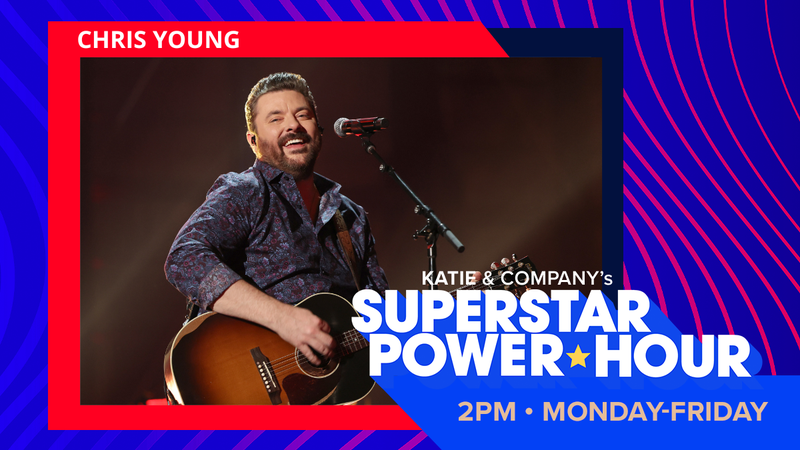 Audacy's Katie Neal welcomes Chris Young to our airwaves as this week’s co-host for the Superstar Power Hour on all your favorite Audacy Country stations nationwide.

There’s a lot to celebrate for Chris Young! Not only has he seen his current single, “At the End of A Bar” featuring Mitchell Tenpenny officially make the top 5 at Country radio, but he’s also getting to share the experience with fans as he’s fulfilled several live shows over the summer month.

With a number of live shows continuing through August and the beginning if September, Chris hopes to celebrate a #1 with those who make his career possible — the fans!

“I just wanna say thank you to everybody that has come out to these shows this year,” Young shared on social media regarding his summer shows. “I’m constantly blown away by everyone singing along to literally every single song (even the new ones off the deluxe album). It never gets old and it’s awesome to see the energy you guys bring every night that me and the band/crew are up there onstage. At The End of A Bar w/ @m10penny is… climbing, life is good. All I can say is thank you guys!”

Hear more about what Chris has going on by listening to The Superstar Power Hour with Katie & Company every weekday from 2PM - 3PM on your favorite Audacy Country station!