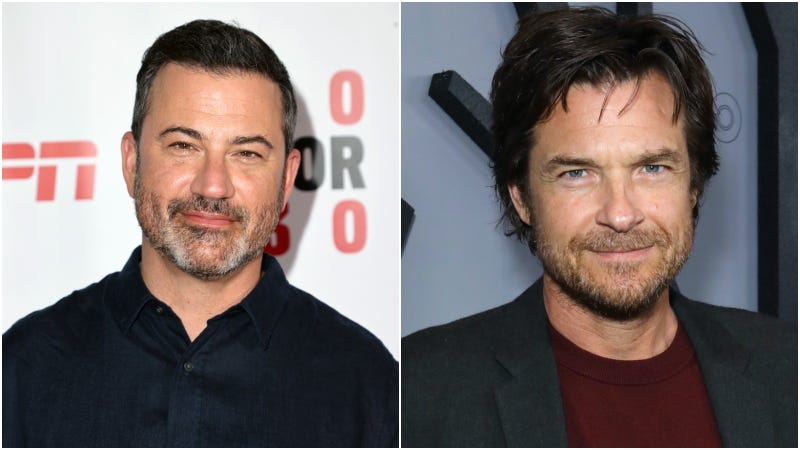 Everything old is new again for Jason Bateman.

The “Ozark” star  was surprised with an ‘80s throwback gift from his teenage years by Jimmy Kimmel.

During an appearance on Kimmel’s late-night show, Bateman, 53, was asked if he remembered what he was doing on September 19th, 1984.

Kimmel then reminded him it was the night of Bateman’s first appearance on “The Tonight Show with Johnny Carson” at the age of 15.

After airing a clip of the interview, Bateman reacted by mocking his appearance on the show.

“My first thought was did I not know I was going on television that night? Could I not grab a pair of socks?” Bateman shared in reference to his bare ankles in the clip.

“I think a lot of thought went into that outfit,” Kimmel responded, before pointing out Bateman wore the same sweatshirt on Johnny Carson, in a promo photo for his short-lived sitcom “It’s Your Move,” and in an issue of Bop magazine.

“Guess who had a favorite sweatshirt,” Bateman joked upon being shocked at how often he donned the colorful fashion item in his youth.

“Guess who’s got another one,” Kimmel said, as he whipped out an adult-sized replica of the sweatshirt.

Ever the good sport, Bateman quickly threw on the sweatshirt. “God, I hope people are just tuning in right now,” the “Arrested Development” alum said.

Fans wanting to see a darker side to Bateman - and sans ‘80s sweatshirt - can catch the fourth and final season of “Ozark,” which is streaming now on Netflix.