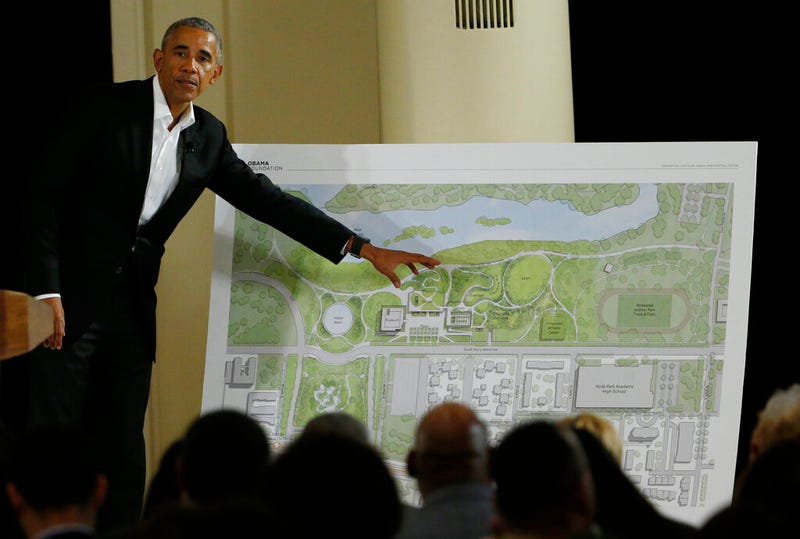 FILE - In this May 3, 2017, file photo, former President Barack Obama points to a rendering for the former president's lakefront presidential center at a community event at the South Shore Cultural Center in Chicago. Obama's presidential center will move another step closer to its brick-and-mortar future Tuesday, Sept. 28, 2021 when ground is broken. Photo credit AP Photo/Nam Y. Huh, File
By Associated Press

CHICAGO (AP) — After five years of legal battles, gentrification concerns, and a federal review, Barack and Michelle Obama were expected to attend a celebratory groundbreaking Tuesday on their legacy project in a lakefront Chicago park.

Construction on the site along Lake Michigan, near the Obama family home and where the former president started his political career on Chicago's South Side, officially began last month. Work on the Obama Presidential Center is expected to take about five years. 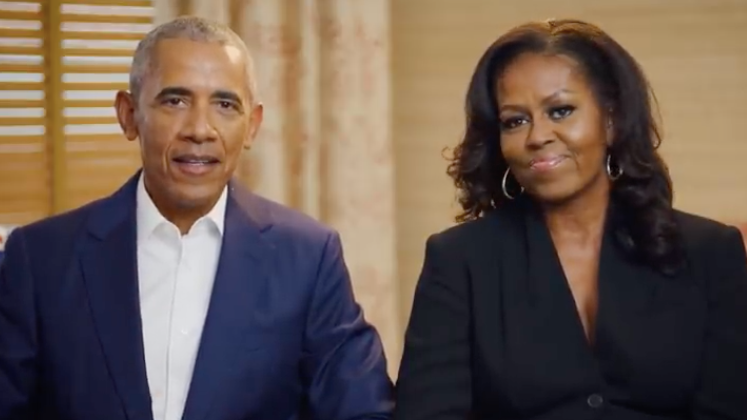 The Obamas were scheduled to host an event, which will be streamed online to limit crowds amid the coronavirus pandemic, with Chicago Mayor Lori Lightfoot and Illinois Gov. J.B. Pritzker.

“With your help, we can make this center a catalyst for economic opportunity, a new world-class destination on the South Side and a platform for young people to drive change,” Obama said in a video announcement ahead of the groundbreaking.

The presidential center, which will sit on 19 acres of the 540-acre Jackson Park, will be unique among presidential libraries.

The initial cost the center was projected at $500 million, but documents released by the Obama Foundation last month showed it is now roughly $830 million. Funds are being raised through private donations. 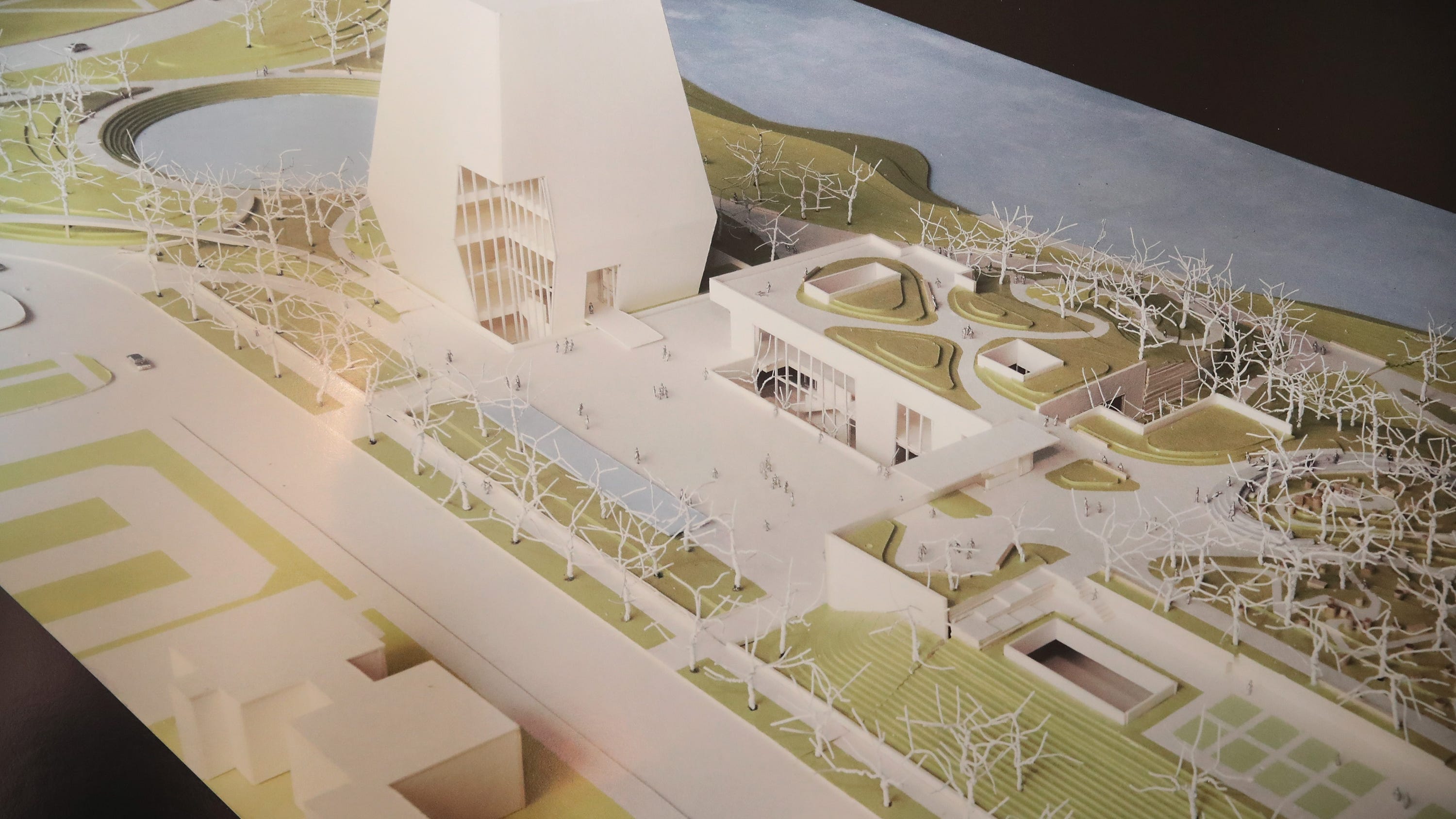 Progress on the center has been delayed by lawsuits and a federal review required because of the location of Jackson Park, which is on the National Register of Historic Places. At the same time, fears about displacing Black residents in the area developed into a yearslong battle resulting in city-approved neighborhood protections, including for affordable housing.

Obama chose Chicago over several cities including Honolulu, where he spent his early years. The former president has said he h