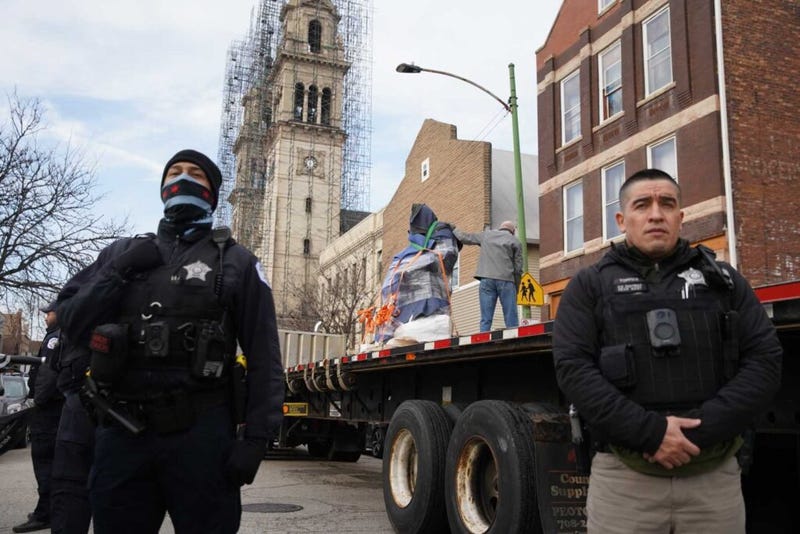 CHICAGO (WBBM NEWSRADIO) -- After months of delays and protests, St. Paul’s Catholic Church and the Archdiocese of Chicago on Tuesday began to carry out a plan to remove a beloved statue from a shuttered church in Pilsen.

The statue, a marble replica of Michelangelo’s Pieta, depicting the body of Jesus on the lap of his mother, Mary, after the crucifixion, will go from St. Adalbert Catholic Church, 1650 W. 17th St. to St. Paul’s, 2127 W. 22nd Place, which absorbed St. Adalbert’s congregation after it closed.

About 7 a.m., police cordoned off the alley leading to the east transept of the church where the statue is held and by 9 a.m. workers had removed a 6-feet-by-7½-feet section of wall protecting the statue and loaded it onto a forklift.

The parish has been trying to move the statue since late August; however, the plan to do so has been stalled due to issues with permits. And it has faced fierce opposition from former parishioners, other concerned Catholics and preservationists.

“It’s really sad that it’s come to this,” said Judy Vazquez, the leader of a group of former parishioners protesting the move.

“It’s really sad that our voices weren’t heard, and I feel a lot of emotion for the Polish women standing next to me.”

Vazquez and the group have been fighting for the statue to be moved to a church serving the Polish-speaking community.

Although known as a Latino neighborhood today, Pilsen was a haven for Polish immigrants around the turn of the century who built and opened the church in 1914 before transferring ownership to the archdiocese.

Tears rolled down Bronislawa Stekala’s face as watched the statue taken down.

“It’s not fair,” said the Polish immigrant. “Money’s not everything,” she said, a reflection of a common fear that the church will be sold to the highest bidder now that the statue has been removed. 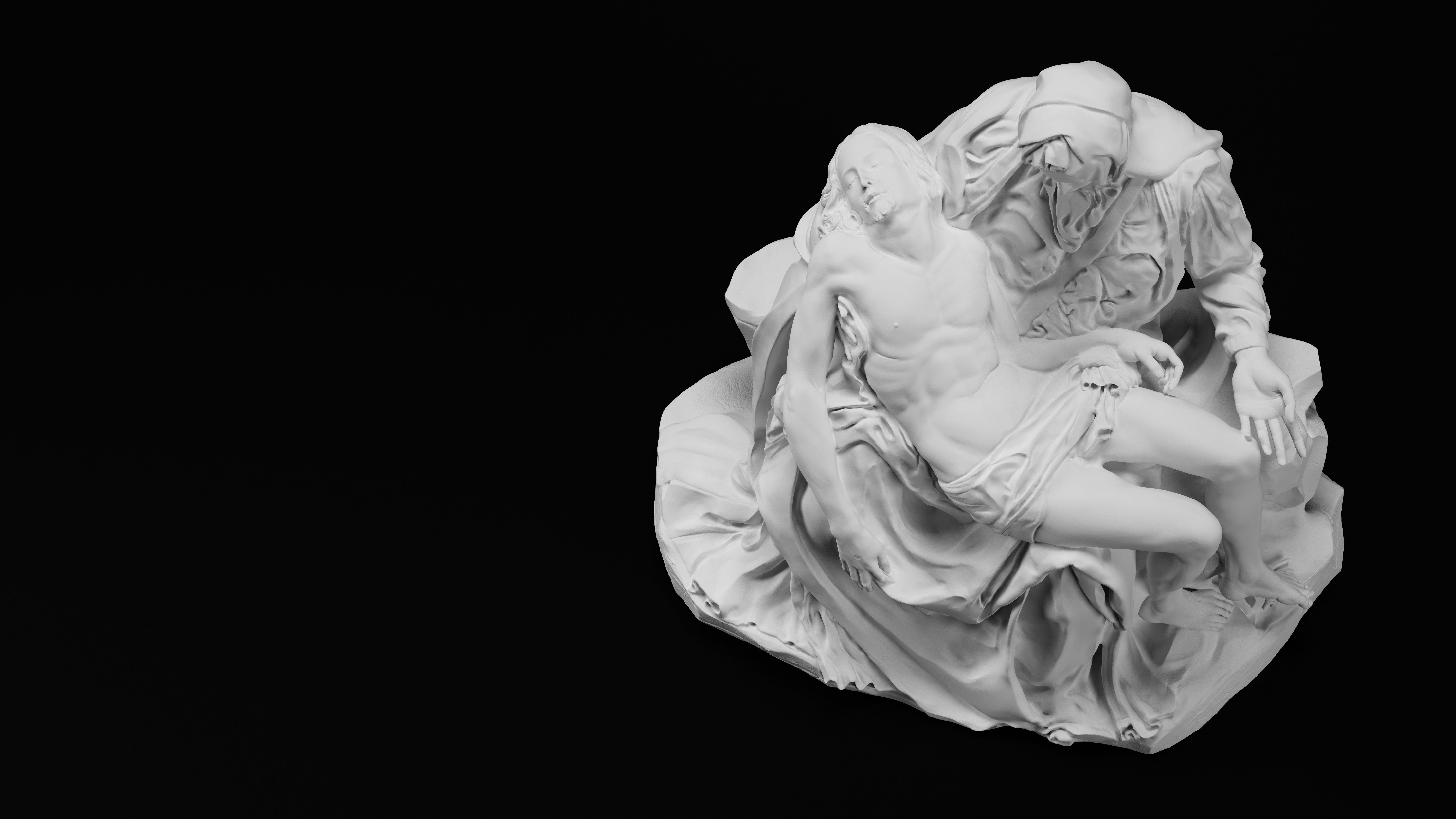