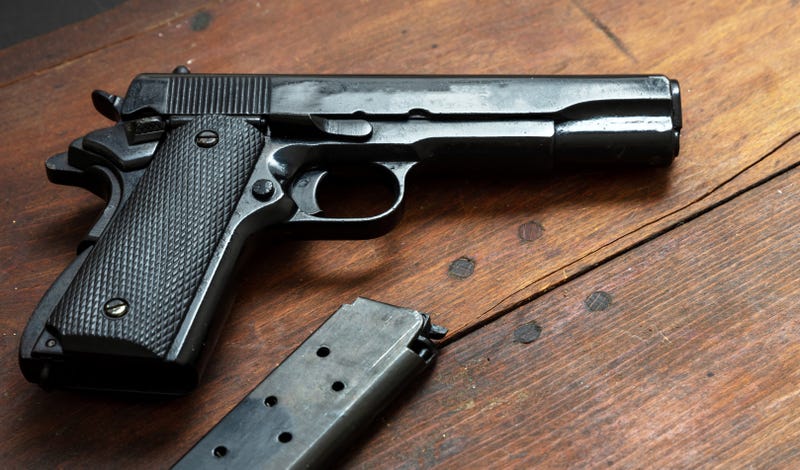 A 19-year-old from Calumet City was arrested in connection to the murder of a Lansing man Thursday. Cook County officials accused the suspect of dropping a ghost gun from his car before he was taken into custody. Photo credit Getty Images
By Keith Johnson

(WBBM NEWSRADIO) — The Cook County State's Attorney's Office hopes a 19-year-old murder suspect can give them a motive in a homicide earlier this week in a forest preserve.

Jaylen Lewis, of Calumet City, has been charged with first degree murder of a 64-year-old Lansing man in the Green Lake Woods Forest Preserve.

Cook County Sheriff’s Deputies and Calumet City police responded to shots fired in the preserve on Tuesday, where they reportedly saw Lewis dump a ghost gun, a magazine and a backpack from his car, which had become stuck in the mud.

Authorities said Lewis stepped out of the car and was taken into custody.

The male victim was found on the ground with multiple gunshot wounds. He was declared dead at the scene.

Lewis was ordered held without bond on Thursday.