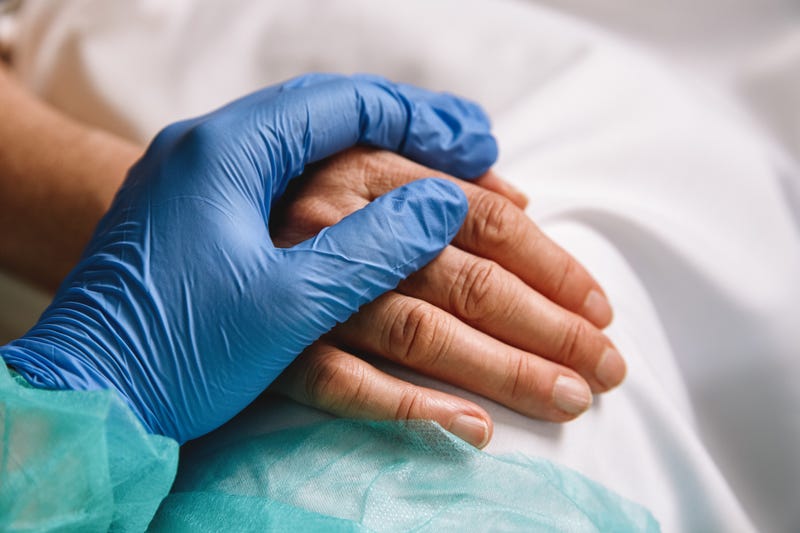 The life-expectancy level of 77.3 is the lowest in America since 2003.

"The numbers are devastating," Chantel Martin, an assistant professor of epidemiology at the Gillings School of Global Public Health at the University of North Carolina, told USA Today. "The declines that we see, particularly among Hispanic and non-Hispanic Black population, are massive."

The decline was a full three years for Hispanics, 2.9 years for non-Hispanic Blacks and 1.2 years for white People, numbers that health experts say further prove the disproportionate effect of COVID-19 on communities of color.

"We were sounding the alarm early on, and I think (the data) reflects directly the longstanding structural racism in this country and how that disproportionately impacts Black and Hispanic communities. It impacts where they live, work, and play and ultimately impacted the risk of dying from COVID-19," Martin said. COVID-19 cases in US triple over 2 weeks amid misformation

The coronavirus was overwhelmingly the largest cause for the overall decrease in life expectancy, accounting for about 74% of the change. However, Jennifer Karas Montez, professor of sociology and co-director of the Policy, Place, and Population Health Lab at Syracuse University, told USA Today that there were already other factors in place that will still be there after COVID-19 dies down.

"We were already pretty high-risk as a nation of not being able to withstand this kind of exogenous shock to population health," Karas Montez said. "So what does rebounding from this virus look like? I can't imagine a scenario where we're going to rebound and be better than we were before the pandemic because the long-term trajectory, since 2010, has been a plateau or decline.

"Even if we were to vaccinate 100% of the population, I think we would go back to the very precarious situation we were in, in 2019 in terms of life expectancy," Karas Montez continued. "We have got to shore up our foundation here in terms of the social, economic and health care infrastructure. We have got to shore that up so that we can better withstand something like this in the future, because it will happen again."