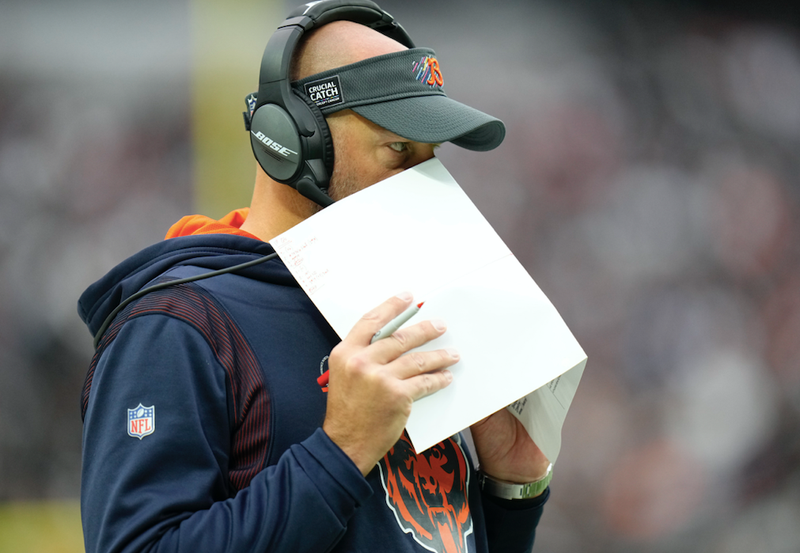 Head coach Matt Nagy of the Chicago Bears reacts during the first half against the Las Vegas Raiders at Allegiant Stadium on October 10, 2021 in Las Vegas, Nevada. Photo credit Getty Images
By WBBM Newsradio Staff

Mark Konkol of Chicago Patch says he may have gotten “bamboozled” by the anonymous source he cited in a Nov. 23 column. Or, he wrote, the Bears may have made adjustments after his story said Nagy had been informed he was out after the Bears-Lions game (Chicago ended up edging Detroit, 16-14).

“A trusted source in a position to know confidently told me Nagy would not be the head coach after Thursday's game. Was that right at the time? Did something change? I don't know,” Konkol said in a follow-up column over the holiday weekend.

A variety of Bears analysts and observers expect Nagy to part ways with the struggling team, which is 4-7, at the end of the season. But firing a coach mid-season would have been unprecedented for the Bears—and telling a coach before a game even more so, pundits said.