But when the two brothers Smollett recruited to stage the hate crime were arrested, he changed his story and said the man was “pale skinned,” Detective Robert Graves said.

Graves said when he confronted the former “Empire” actor about the discrepancy, he said, “Well, he acted like he was white by what he said,” the Chicago Sun-Times is reporting.

Smollett, who is Black and gay, said as he was returning to his Streeterville apartment building after a stop at a Subway sandwich shop on Jan. 29, 2019, when he heard someone yell “Empire n*****, Empire f*****,” Graves’ partner, Detective Kimberly Murray, told jurors on the third day of the trial.

“What the f*** you say to me,” Murray said Smollett told her he replied.

“This is MAGA country,” Smollett said one of his two attackers yelled, along with a racial slur, before he was pummeled to the ground, Murray said.

Smollett said he could tell one of his attackers was white because he could see the attacker’s skin and part of his nose behind a ski mask he was wearing, testified Murray, the first detective to interview Smollett at Northwestern Memorial Hospital. Smollett also told Murray he received a homophobic phone call and a letter with a picture of stick figure with a noose around its neck days before he said he was assaulted.

But he declined to give his cellphone to police when they wanted to further investigate.

He also declined to have his medical records released or submit a DNA sample, Graves and Murray said.

“He said he wanted his privacy and he didn’t want the information to be leaked out.” Graves said.

Murray said that Smollett had provided her several phone numbers of people he had recently talked to, including his trainer, but he never identified the trainer by his name: Abimbola Osundairo

Abimbola Osundairo and his brother, Olabinjo Osundairo, said Smollett hired them to stage the attack and are expected to testify against Smollett. 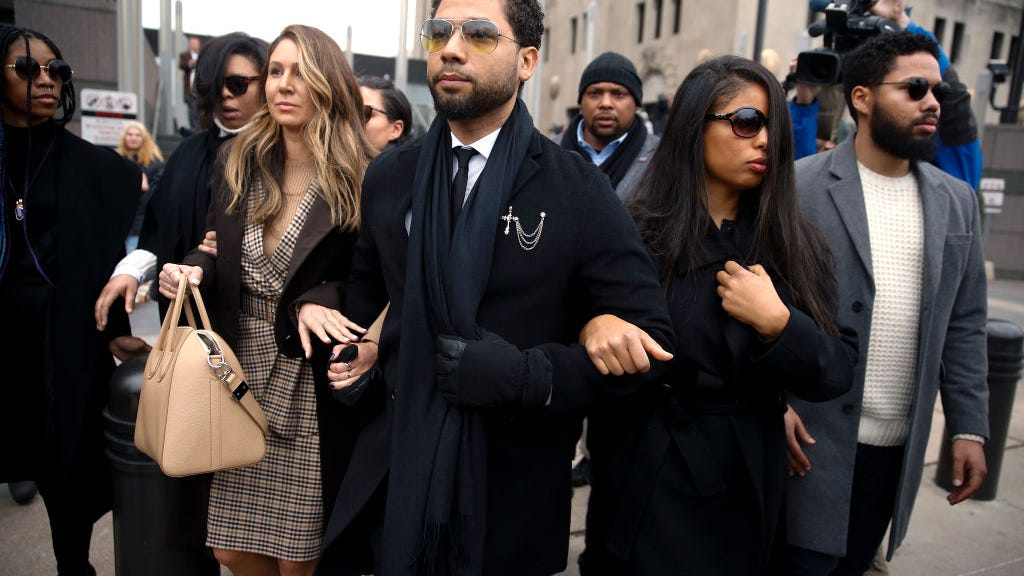