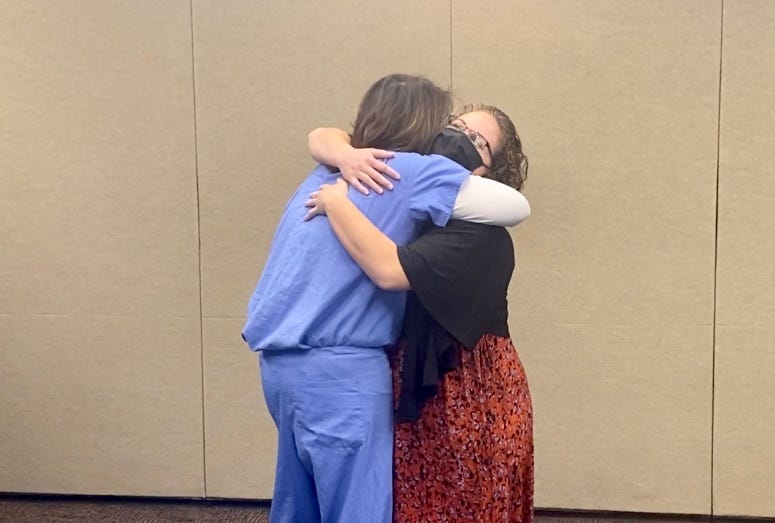 NAPERVILLE, Ill. (WBBM NEWSRADIO) -- A Naperville woman was reunited with her rescuer after being pulled from a burning car in October.

Naperville resident Miranda Rosasco was on her way to work on Oct. 20 when her car was struck on I-355.

“My car got hit several times by a lot of different cars,” she said. “I think there were six total involved and my car flipped over and it actually landed on the roof.”

Strapped in her seatbelt and hanging upside down, the only thing she could do was honk for help.

Thankfully Cheryl Gallet, a longtime nurse at Advocate Good Samaritan Hospital, was also on her way to work and noticed the overturned car, which had started to catch fire.

“It was me and this other gentleman and as we were getting up to the car, we saw some flames coming out of the grill,” said Gallet. 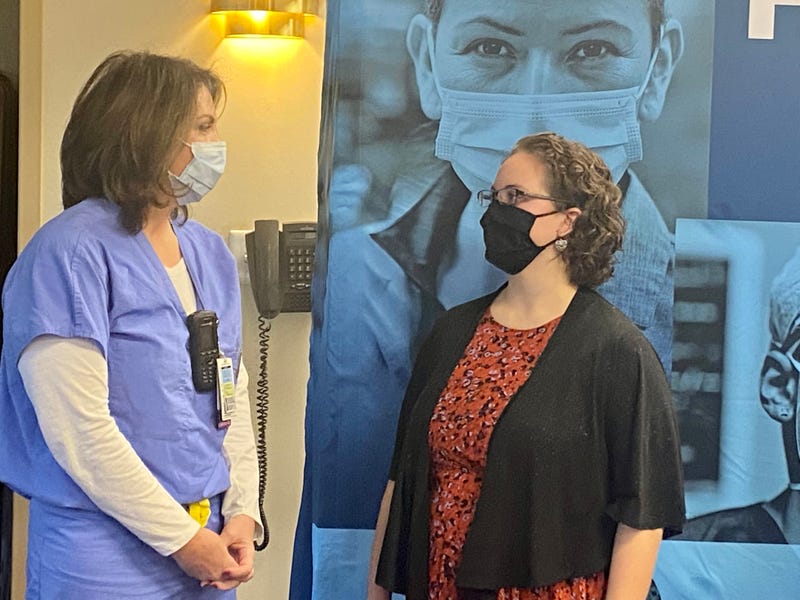 Without hesitation she stepped into action. Gallet and another bystander were able to pry the door open and pull Rosasco to safety.

“When we first opened the door, all I saw was her hand hanging,” said Gallet. “And just for a half a second, you get that gut punch of ‘oh no’. But once we started talking, she started moving and we were able to get her to unbuckle and get her out.”

Rosasco was 21 weeks pregnant at the time of the crash, she suffered only minor injuries and her baby was unharmed.

A month later the two women were reunited at Advocate Good Samaritan Hospital in Downers Grove.

“It's just a miracle that we're both here and I'm just so happy to meet you finally, in person, and thank you for everything that you did for me,” Rosasco told the nurse.

Gallet told WBBM she doesn’t consider herself a hero, but rather hopes that any human being would help out another human in need. 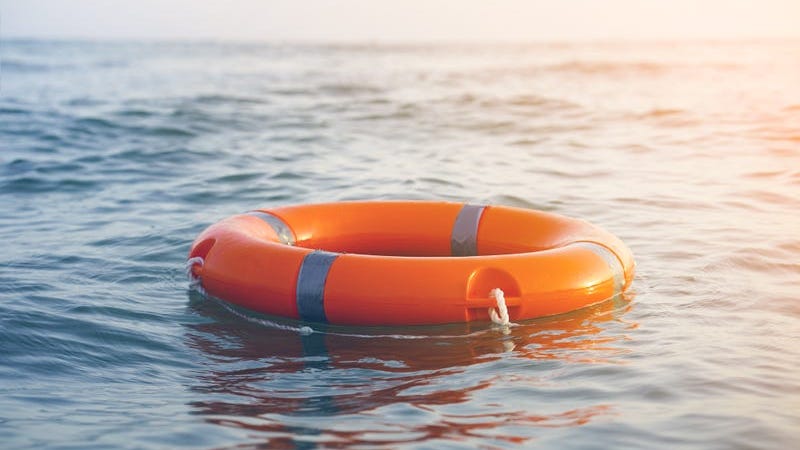