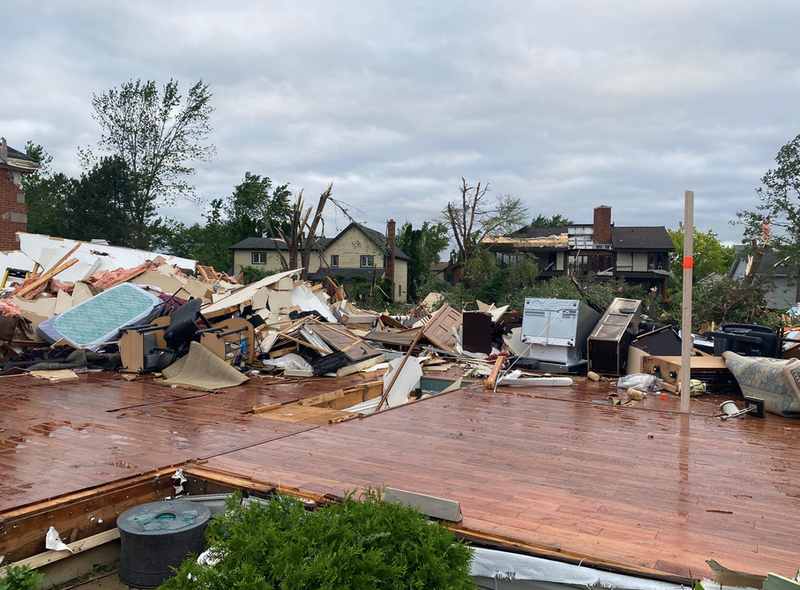 (WBBM NEWSRADIO) — The National Weather Service speculates the tornado that struck Naperville late Sunday was an EF-3 with wind speeds ranging from 136 mph to 165 mph.

“Our survey teams found damage consistent with an EF-3 rating on the Enhanced Fujita Scale in Naperville from the tornado that touched down on 6/20/2021,” NWS Chicago tweeted Monday. “Our teams will continue surveying and additional preliminary info will be available in the coming days.”

This is the first significant (EF-2+) tornado to impact the Chicago Metropolitan Area since 2015, when an EF-3 tornado hit Coal City. https://t.co/Z1Bk6azCrT

The tornado that hit the western suburbs leveled dozens of homes and sent at least eight people to hospitals. Besides Naperville, Woodridge also sustained significant damage.

AccuWeather Meterologist Dean Devore says a cold air front collided with the heat that had been sitting over the Chicago region for days, leading to the explosive tornado.

The last time a tornado of significant strength hit the Chicago region -- an EF-2 -- was in 2015, when a twister ripped through Coal City.

The tornado scale goes up to EF-5, in which wind speeds exceed 200 mph, the NWS says.

Also Sunday, an EF-0 tornado with winds of up to 85 mph touched down in Plainfield, NWS officials said. 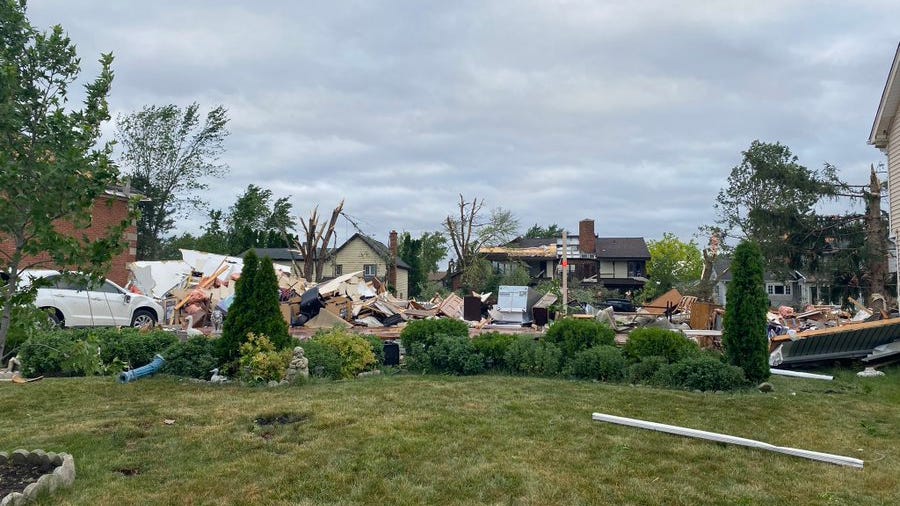