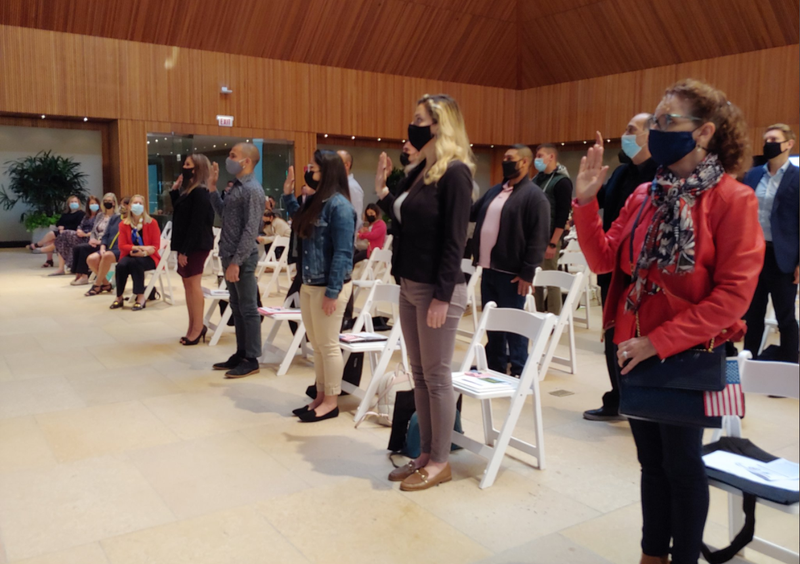 Immigrants are sworn in as U.S. citizens during a naturalization ceremony at the Chicago Botanical Garden. Photo credit Nancy Hardy/ WBBM Newsradio
By Nancy Harty

CHICAGO (WBBM NEWSRADIO) -- Thirty-five immigrants from 16 different countries finally became U.S. citizens Monday during a naturalization ceremony at the Chicago Botanic Garden. The citizenship process had been delayed due to COVID-19.

Oksana came to the U.S. as a foreign exchange student from Ukraine almost seven years ago. After falling in love with this country and her now husband, she can now officially call herself a citizen – something that look longer during the pandemic.

"To be a part of this great nation and here I am finally, it is happening," she said. "I still can't believe it's real."

Chief U.S. District Judge Rebecca Pallmeyer swore in the group who was wearing masks and holding small flags inside Nichols Hall. "You have left behind you the shortcomings of your native lands, but you bring with you the treasures of your first cultures," she told the audience members. 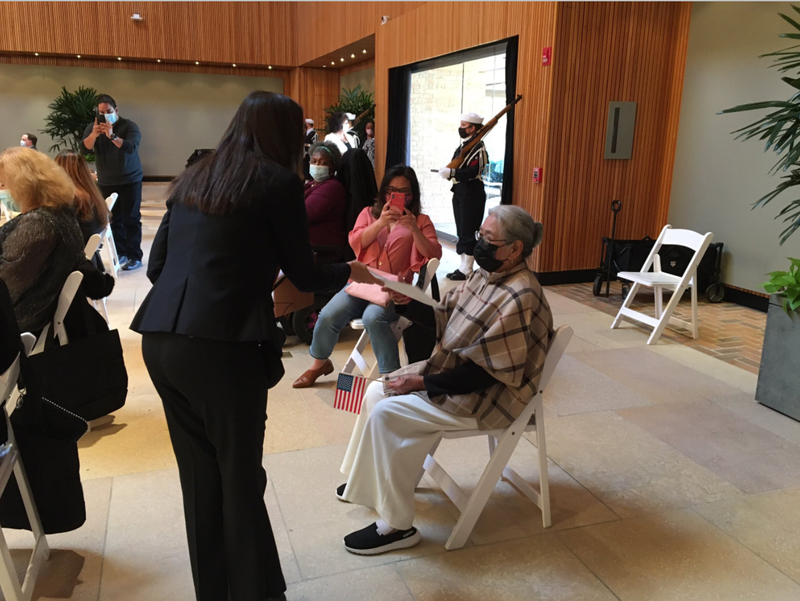 The 35 new citizens sworn in during a naturalization ceremony at the Chicago Botanical Garden say the process took longer than usual due to the pandemic. Photo credit Nancy Hardy/ WBBM Newsradio

Due to COVID-19 restrictions, there was a much smaller crowd and no handshakes with the judge or members of congress to witness.

Wearing a Chicago bears mask Ashish watched his wife take the oath. He took the same oath a couple of weeks ago. After living in the U.S. for 20 years, he said he already felt like a citizen.

"We've been living here for so long. I don't knowhow it's gonna change the whole day-to-day living," Ashish said. "We'll find out over the next few weeks." 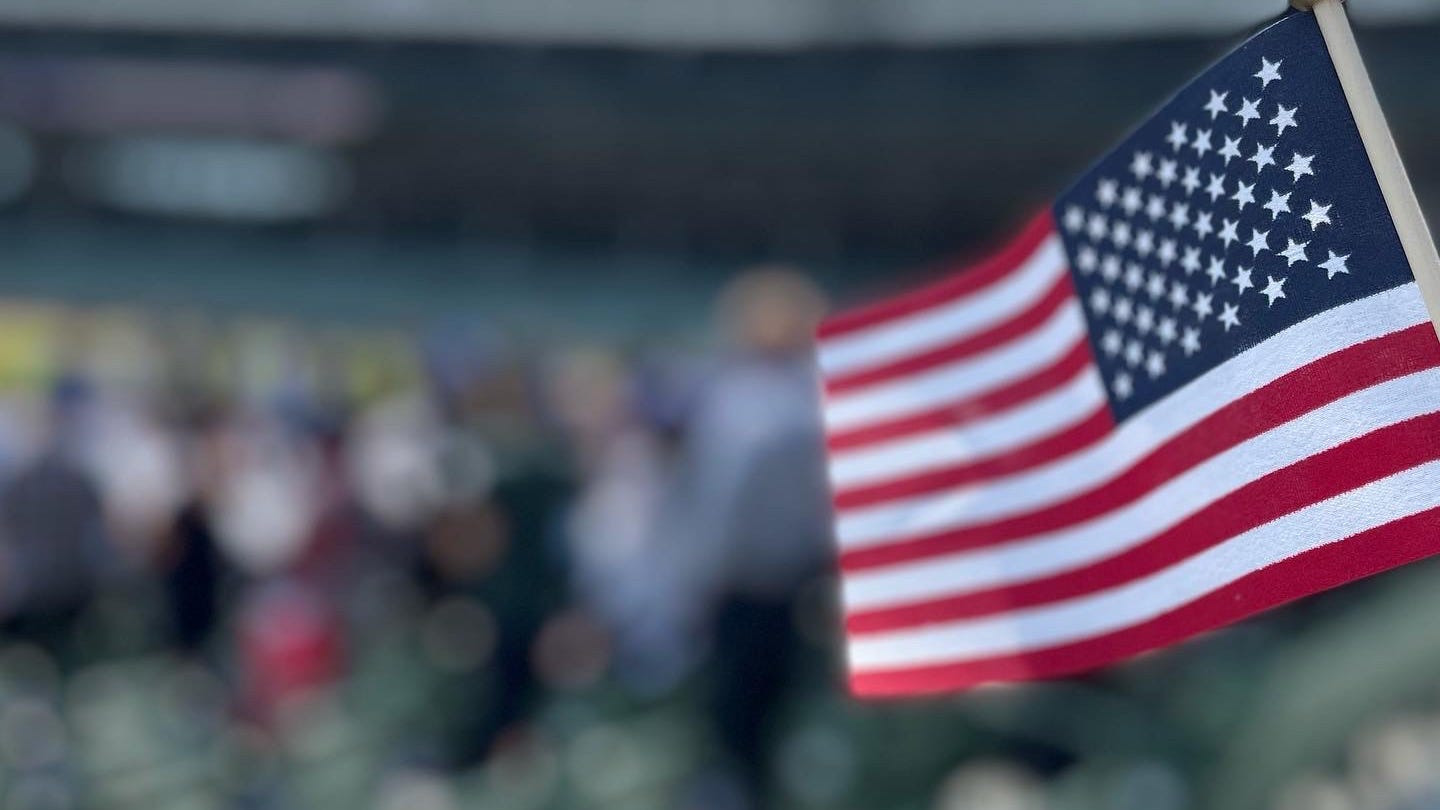