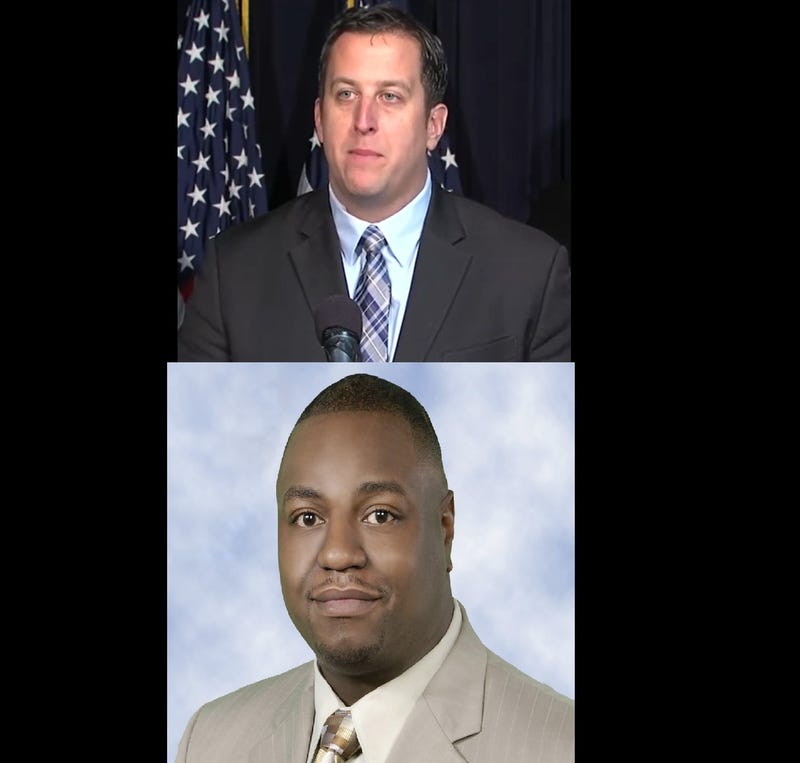 A day after state Sen. Emil Jones III announced his resignation from leadership and committee chair positions amid federal bribery charges, Gov. J.B. Pritzker said Thursday the South Side Democrat — and another state senator facing accusations he abused women — should formally resign from the Illinois Senate.

Jones was hit with federal bribery charges  for allegedly lying to the FBI about whether he’d agreed to protect the politically connected red-light camera company SafeSpeed LLC in the Illinois General Assembly. He also allegedly agreed to protect SafeSpeed from legislation in exchange for $5,000 and a job for an unnamed associate, federal prosecutors said.

And WBEZ has reported Sen. Michael Hastings, D-Frankfort, faces serious personal accusations from his estranged wife,  including police records that state he put her in a headlock and repeatedly slammed her into a door. Hastings has denied the accusations. An environmental lobbyist has also described being bullied by the senator in professional interactions. The state also fought against a lawsuit filed by Hastings’ former chief of staff, which included accusations of racial and gender discrimination against the Democratic lawmaker.

Both men have stepped down from Senate leadership posts but remain in the Senate and on the November ballot.

But Pritzker, who is also running for reelection, urged both men to resign.

“Sen. Jones is accused of accepting bribes. And Senator Hastings is accused of abusing women. They should answer the charges and have their day in court. But in the best interests of their constituents, these men must resign from their offices,” Pritzker said in a statement. “Resigning only their leadership roles falls short of what the public should expect. I want to send a clear message to the people of Illinois: corruption and abuse have no place here.”

Illinois Senate President Don Harmon “asked for and received” Jones’ resignation as chair of the Senate Licensed Activities Committee, according to a letter Harmon filed Wednesday with the secretary of the Senate.

Jones also agreed to step down from his positions as vice chair of the Public Safety Committee — which handles red-light camera business — and Senate deputy majority leader.

Despite Republican calls to relinquish his Senate seat altogether, Jones has given no indication he’s going anywhere. Messages left at his offices in the Roseland neighborhood and in Springfield on Wednesday went unanswered.

Hastings gave up a role in the Senate Democrats’ leadership team in August, soon after the accusation of domestic abuse from his estranged wife surfaced online. 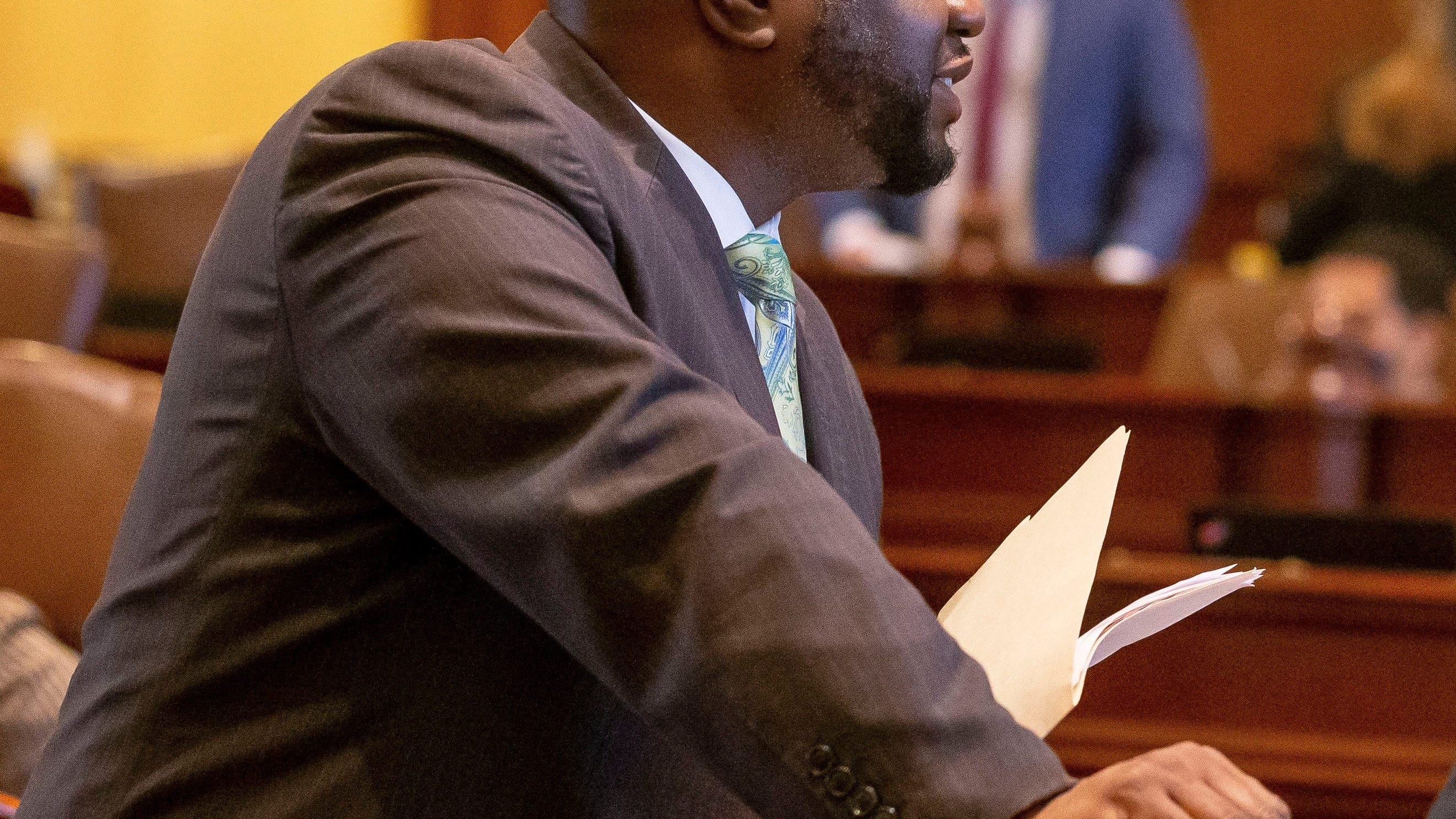 Pritzker said Illinois residents deserve to have elected leaders who are focused on representing their needs, “not on holding office when facing serious and credible charges.”

“Integrity is essential to public service, and corruption for personal gain and abuse in private or public is unacceptable,” the governor said in a statement.

Jones is the ninth member of the Illinois General Assembly to be hit by federal charges in the last several years.