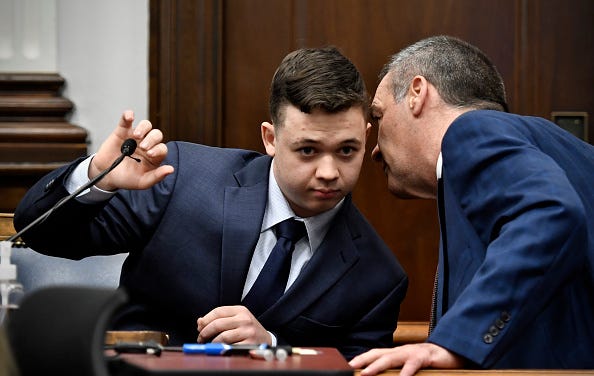 Kyle Rittenhouse, left, listens to his attorney, Mark Richards, as he takes the stand during his trial at the Kenosha County Courthouse on November 10, 2021 in Kenosha, Wisconsin. Photo credit Sean Krajacic-Pool/Getty Images)
By Joe Hiti, Audacy

Following his acquittal, Kyle Rittenhouse's attorneys urged the 18-year-old to stay off TV and out of the public eye, going as far as to say he should change his name.

Mark Richards, Rittenhouse's attorney, spoke with Fox News about what he wants for his client on Monday before Rittenhouse made an appearance with Tucker Carlson discussing the trial.

"I think there's a lot of people who want to use Kyle for their own means," Richards told Fox News. "People want to use his name, get it out there so they can get some publicity. I think it's cheap."

Kyle Rittenhouse tells Tucker Carlson that Lin Wood and John Pierce could have bailed him out of jail in September but kept him in there until November to "raise money so they can take it for their own benefit. Not trying to set me free." pic.twitter.com/wejY86igiY

In his interview with Carlson, Rittenhouse discussed several topics, from his support of Black Lives Matter to what he thinks about President Biden referring to him as a white supremacist.

Rittenhouse also shared his support for Black Lives Matter and said that he was and is supportive of peaceful protests.

"I'm not a racist person. I support the BLM movement. I support peacefully demonstrating," Rittenhouse said. "I believe there needs to be change. I believe there's a lot of prosecutorial misconduct not just in my case but in other cases." Rittenhouse added that he was taken advantage of by prosecutors and that he couldn't imagine how the case would have gone if he wasn't white.

"It's just amazing to see how much a prosecutor can take advantage of somebody," Rittenhouse. "If they did this to me, imagine what they could have done to a person of color who doesn't maybe have the resources I do or is not widely publicized like in my case."

Since his arrest last summer for fatally shooting Joseph Rosenbaum and Anthony Huber while injuring Gaige Grosskreutz, Rittenhouse has been a hot topic politically.

Several members of Congress, including Madison Cawthorn, Paul Gosar, and Matt Gaetz, have come out saying they would offer him a congressional internship.

However, Richards does not support the exploitation of his client by lawmakers, calling it "disgusting" on Sunday, Huff Post reported.

Richards continued saying they are "raising money on it, and you have all these Republican congressmen saying, 'Come work for me.' They want to trade on his celebrity, and I think it's disgusting." 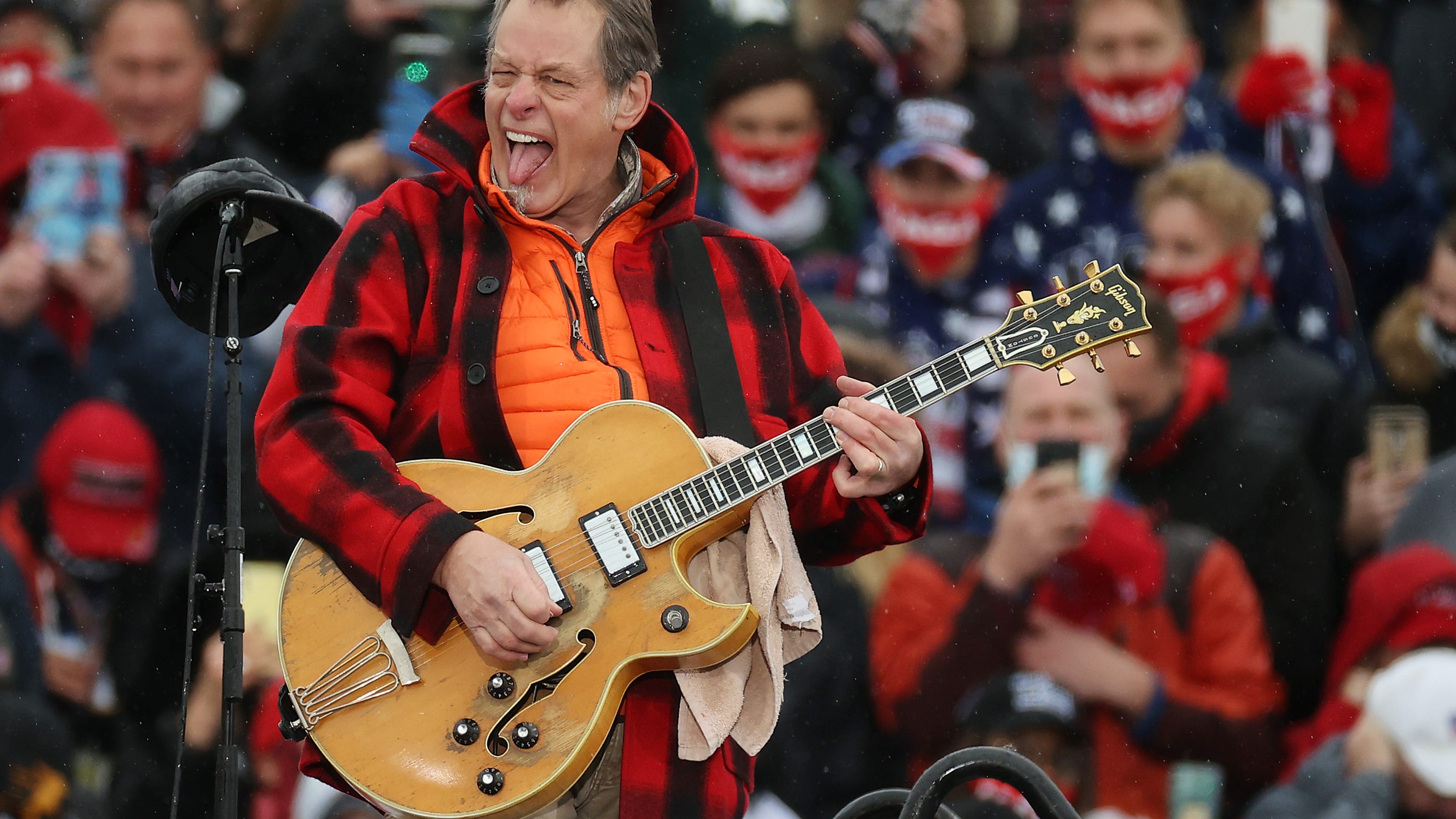 Now that the 18-year-old is free, Richards thinks he should "change his name and start his life over" instead of drawing more attention to himself.

"There's a lot, a lot, of people who I don't think have his best interests at heart — and probably want to make him a symbol of something I don't think he wants to necessarily be associated with," the defense attorney said.

Richards added that he has had a "talk" with Rittenhouse telling him what he thinks about staying out of the public eye.

"Once you give up your name and your likeness and you join those causes, I think a lot of people will use you for their own purposes," Richards said. "You won't be able to control it."

In his interview with Tucker, Rittenhouse shed more light on what happened during the Kenosha protests, reaffirming that he was only defending himself. 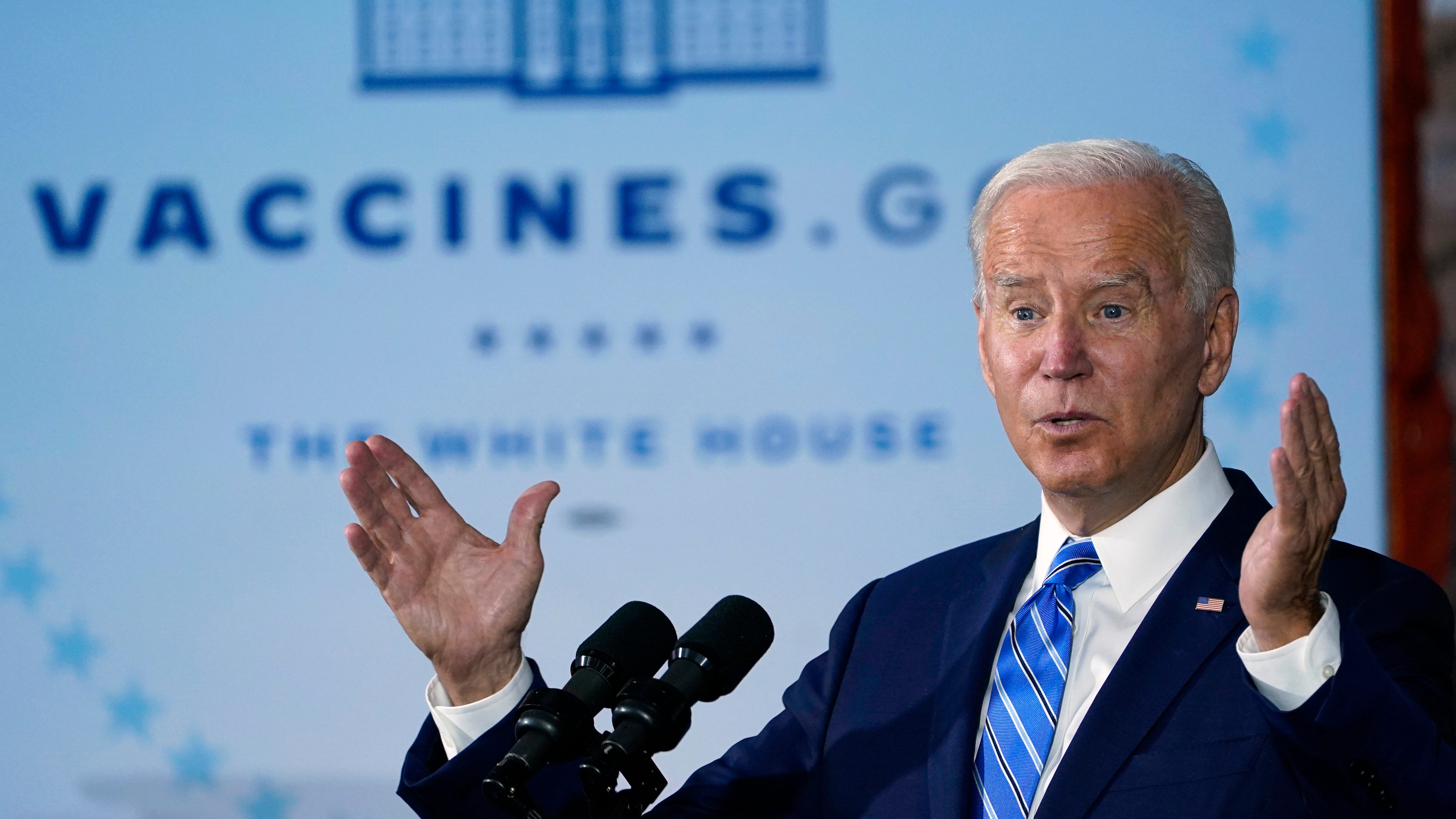 "It wasn't Kyle Rittenhouse on trial in Wisconsin. It was the right to self-defense on trial."

Rittenhouse was asked about his life after acquittal, to which he responded that he has to be with someone at all times because people want to "kill" him for defending himself.

Kyle Rittenhouse: "I have to have people with me because people want to kill me just because I defended myself."

Tucker: "Are you confident that the government will protect you from these threats?"

Kyle: "I hope so, but we all know how the FBI works." pic.twitter.com/AGbmlXRhzr

As for Richards, he said that he hopes Rittenhouse "makes the right choices. I would think his life would be a lot easier being anonymous and going on with his life, as opposed to trying to keep some of his fervent supporters happy."