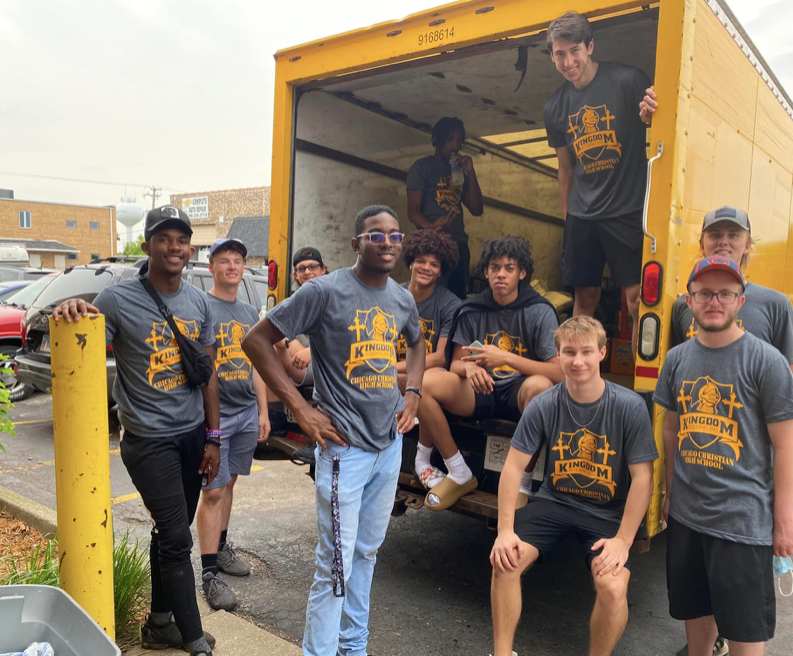 (WBBM NEWSRADIO) — When Doreen DeBoer was a child, she, her parents and siblings would sing at homeless shelters.

Then, when she became a mom, she says, “I would go down with my kids and I would just pass out sack lunches and blankets. It kind of went from me finding them to them finding me.”

Now, DeBoer’s efforts are much larger. In 2013, she founded All God’s People and operated it out of the basement of her home in the southwest suburbs. Now, the operation is based in a small warehouse in Orland Park.

On the second Saturday of the month, she and a group of volunteers travel with three fully loaded box trucks to 24th and State, where they set up tents, tables, and clothing racks. They serve hundreds of homeless and low-income people, many of whom line up hours before.

“We do clothing for men, women, children. We do toiletries. We do haircuts,” she explains. “We do non-perishable food. We have a hot meal every single month and we also have something called the ‘Wish List,’ where everybody’s allowed to write one item down. They come back down the following month (and) it has their name on it.”

Material donations to All God’s People are accepted on certain days and evenings because everyone, including DeBoer, is an unpaid volunteer.

DeBoer makes it clear that she’s picky. Donations are rejected if they’re not in good shape. No stains and no holes are allowed in clothing.

“For me, it’s a dignity thing. Just because somebody’s homeless doesn’t mean that they don’t want to be treated with dignity,” she says.

When All God’s People started, DeBoer says State and Van Buren was where she and her volunteers set up. Eventually, she moved to 24th and State after being given permission to use the lot by its owner, Quinn Chapel, the African Methodist Episcopal church that has been on 24th and Wabash since 1891.

The 62-year old southwest suburban dynamo says she’s blessed to be able to do what she does. All God’s People doesn’t even have to worry about rent for its warehouse. Thirteen people who first stepped up to pay the rent for the warehouse in 2014 continue to pay the rent.

DeBoer says she sees many of the same people show up month after month and she knows many of them by name.

“They say, ‘Ms. Doreen, you remembered my name.’ Like, of course, you are special to me,” she says.

DeBoer will sometimes have clients visit her in her own home. One of them, a homeless woman DeBoer calls Miss Melinda, would go to church with her every Sunday and sometimes visit DeBoer’s home and cook.

Six months after Melinda died in 2017, DeBoer obtained a house in East Hazel Crest and called it “Melinda House.” There, homeless women are helped to transition into their own housing and jobs.

Doreen DeBoer doesn’t see herself ever leaving the work of All God’s People, but she sees a time when she may want someone else to run the organization.

“I love her. She’s so great. She has the biggest heart.” 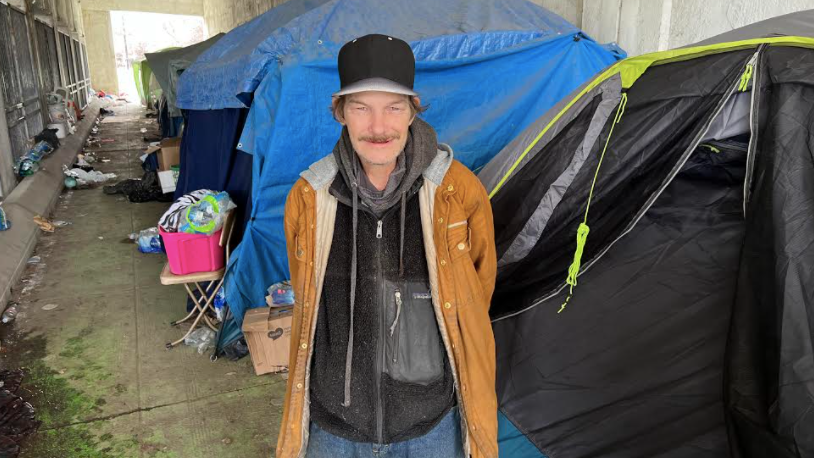 Spokesman for homeless in Uptown says they're careful with propane tanks