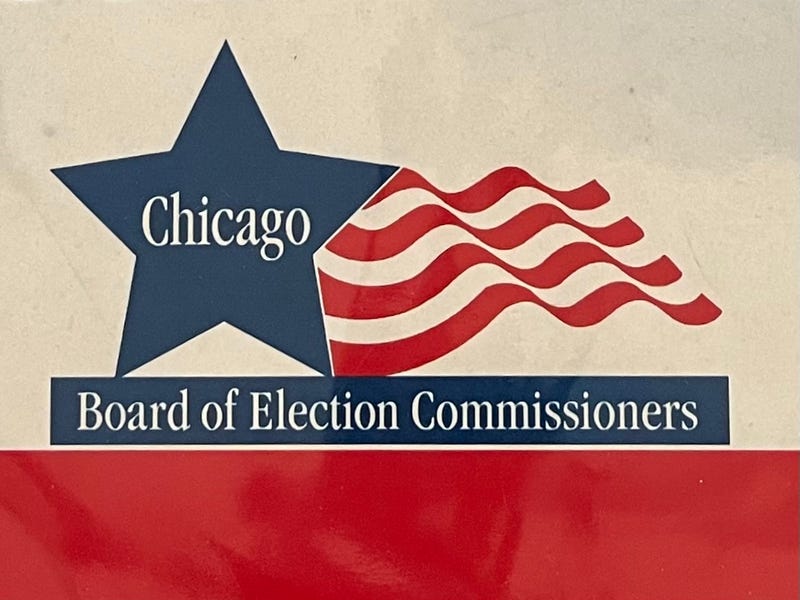 The Chicago Board of Elections announced that Ja'Mal Green will have the top spot on Chicago's mayoral election ballot. Photo credit Mike Tish
By Fran Spielman

CHICAGO — Community activist Ja’Mal Green will occupy the top spot on the Feb. 28 mayoral ballot — assuming he can survive a petition challenge.

“We’re not worried. Not even close to worried about a ballot challenge,” Green, 27, said Tuesday.

“No doubt in our minds. We checked our signatures before we filed ’em. We know we have way over 12,500 signatures. Our lawyers are gonna file a motion to dismiss next week. We’ll be fine.”

On Tuesday, the Chicago Board of Elections held a lottery to determine ballot position from among the six mayoral candidates who filed their nominating petitions at 9 a.m. on Nov. 21, the first day of the weeklong filing period.

Mayor Lori Lightfoot filed her nominating petitions at 9 a.m. on the last day, forfeiting the right to be first or last on the ballot.

Her name will appear seventh, after Vallas. U.S. Rep. Jesus “Chuy” Garcia (D-Ill.) was the last mayoral candidate to file his nominating petitions, securing the last place on the ballot that, some political observers believe, might also give candidates a slight advantage. 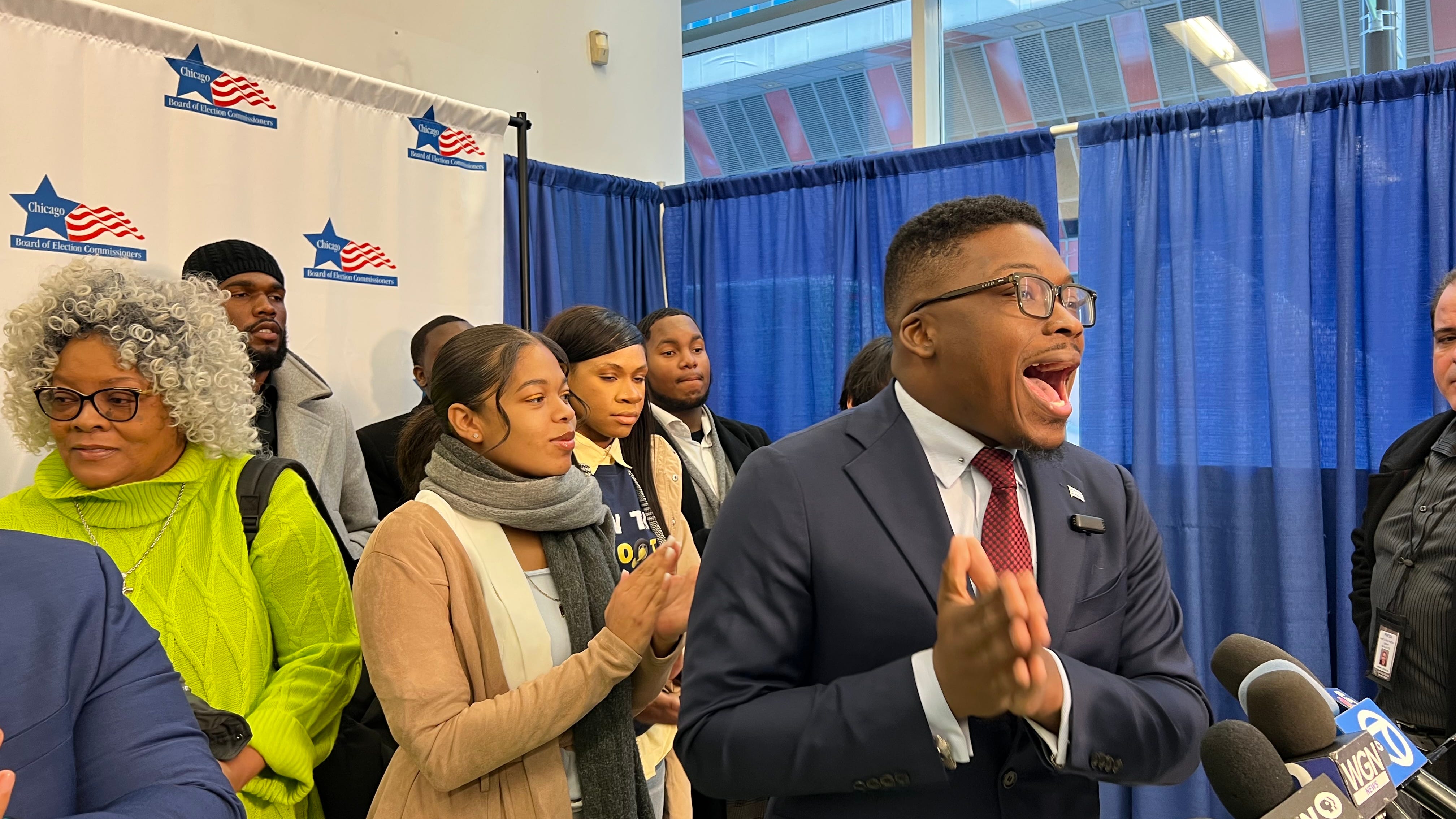 Board of Elections spokesman Max Bever conducted the lottery in public view, spinning the red container of numbered balls and drawing the winners, a process familiar to any bingo player.

Green was ecstatic. With no historical basis to support his claim, he boldly predicted the top spot could boost his vote totals by as much as 5%, or at least “a couple percent.”

“First spot on the ballot doesn’t mean that you win. But it’s a momentum boost for folks all across the city who have really been discouraged since Harold Washington died. The young people who don’t vote because they’ve been disengaged. They don’t feel there’s a candidate for them,” Green said.

“Being the first on the ballot — even just a very small boost in a crowded field — it still helps. For us, it’s a momentum builder. … We got major excitement. Lots of donations today. Lots of excited folks across the city. And we’re ready to win this race.” 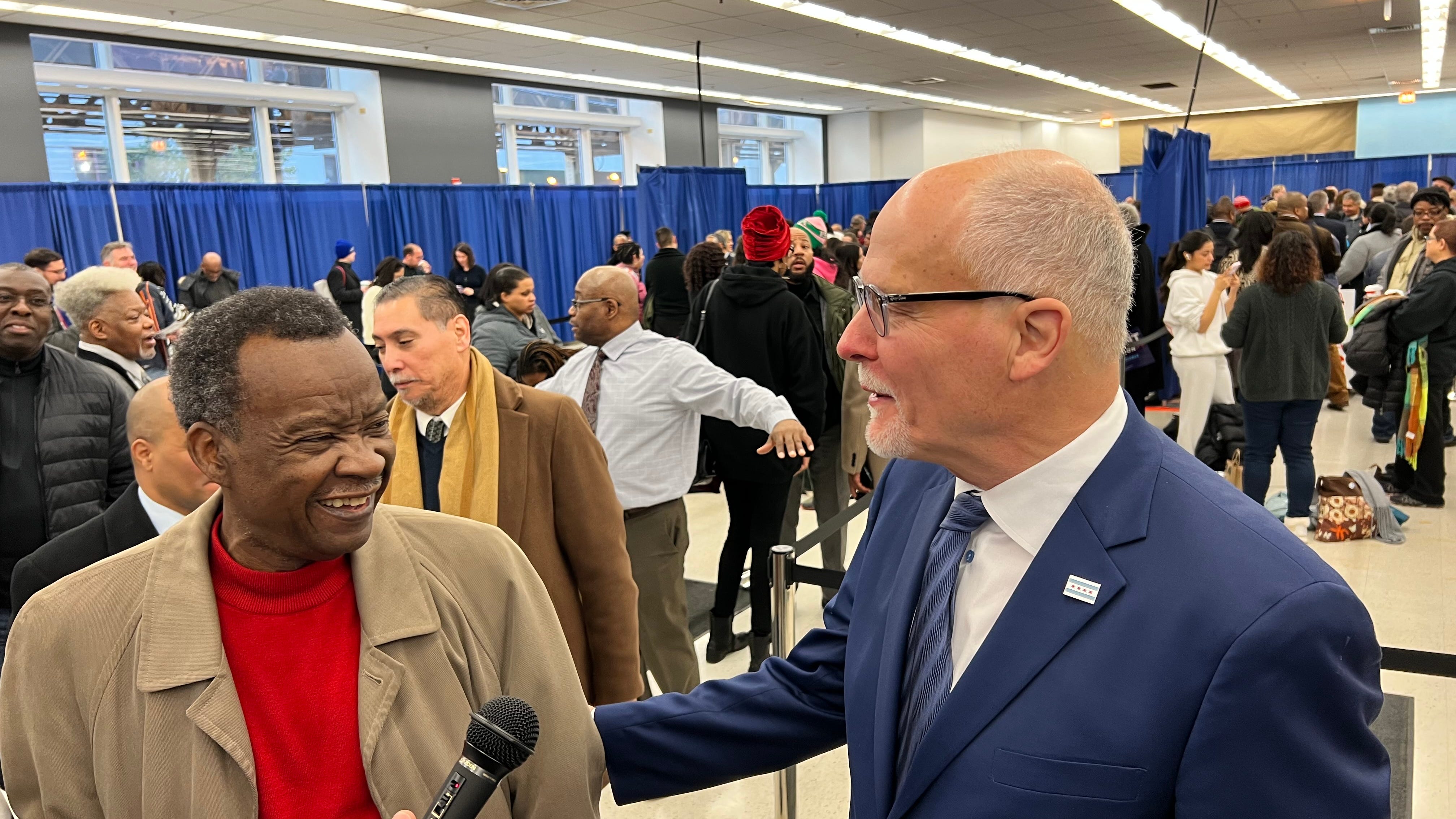 Veteran political strategist Victor Reyes is a former Garcia rival who now supports the congressman. He argued ballot position is unlikely to make any difference in the mayoral race he called the Super Bowl of Chicago politics.

“This is not a ballot that has 10 pages to it. It’s really, really simple,” Reyes said. There are citywide officials, who are unopposed, “and then, you’re gonna vote for your alderman and vote for the mayor. People who show up to vote know exactly who they’re voting for. There’s no confusion,” Reyes said.

“Lightfoot’s buried in the middle, and Chuy’s at the bottom. A lot of Latinos will look down and see the Garcia name at the bottom. He’s gonna consolidate the Latino vote anyway. If Garcia or Lightfoot or Vallas had the top spot, that might give a point. It’s not valuable for Green. But having the Garcia name on the bottom might just make it easier to read. … If you get down to a 100-vote election, it could” make a difference, said Reyes.