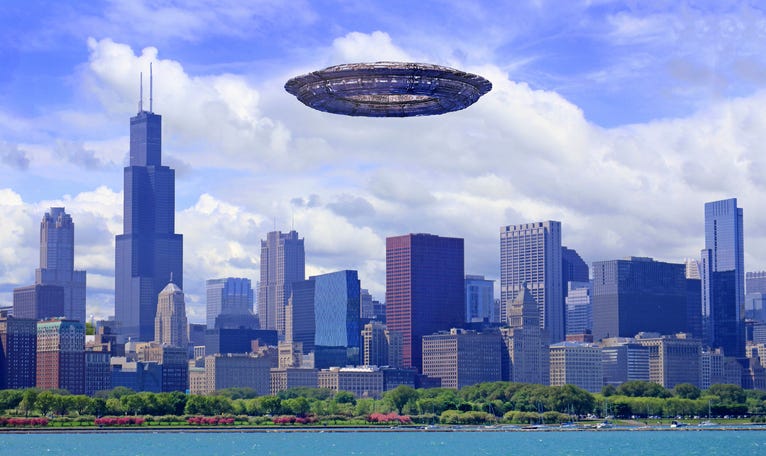 It wasn’t William Shatner in Jeff Bezos’ new Blue Origin rocket that a Chicago resident saw when she spotted what she believes is a UFO in the sky and filmed the encounter.

The woman who goes by Aiyana caught footage of a black wishbone-shaped object floating in the clear Chicago evening sky from her rooftop.

The object appears to be floating over the windy city ominously. Aiyana, looking for what it could be, posted the video to social media asking for answers.

In the video, Aiyana can be heard asking, “What is that?” as those with her say, “Yeah, that doesn’t look normal.” Some who saw the video commented that it was a balloon, but many refuted it, drawing attention to the fact that the object does not appear to be moving.

Aiyana shared with local publications that after about 20 minutes, the object appeared to slowly float southeast without any significant movement.

Either way, aliens showing up in 2021 could make for a more interesting year, but as for now, it is unknown what the object is.