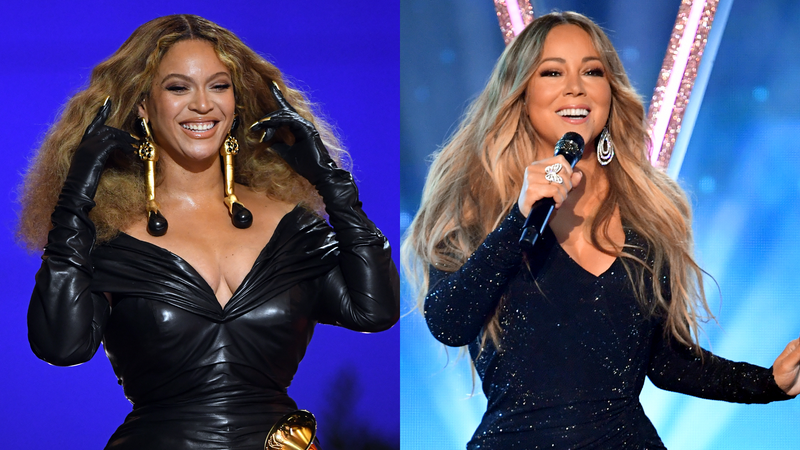 Who would be down for a Beyoncé and Mariah Carey VERZUZ battle? Apparently the answer is not everyone.

If you now find yourself in an Iconic Divas mood, check out Audacy's ICONS Exclusive Station

Credit for conceptualizing this hypothetical match-up goes to music mogul, L.A. Reid, who after being asked which would make the “perfect” matchup, suggested the two superstars, during a recent appearance on The Real,

“My ideal one, you really want this? It’s Mariah Carey versus Beyoncé. Bring that on!” Reid continued, “Come on, man. The fans that they both have, the hits they have, the legacy they have.”

“B’s the Queen, we know B’s the Queen, right?” Justifying his choice by noting, “Sometimes, Mariah might sometimes be slightly underrated for how long her career has lasted, how many hits she has and she practically owns Christmas. I think that’d be a good one."

While the hosts of the daytime talk show agreed that both chart-topping women would be the ultimate VERZUZ matchup, the internet, set ablaze by the mere suggestion, had other thoughts. Taking to Twitter with much to say about the matter.

Once again, we did the scrolling so you wouldn’t have to. Here are some of the best reactions that made us LOL, well actually chuckle, but you get the point.

This is silly, Beyoncé and Mariah makes no sense. Verzuz is about hits, catalog and era - set this up with Mary J. Blige. She and Mariah both ran the 90s and early 2000s in their own way and worked with some of the same ppl. Vocally different but both RnB Divas

This would be cool if Mariah could still sing