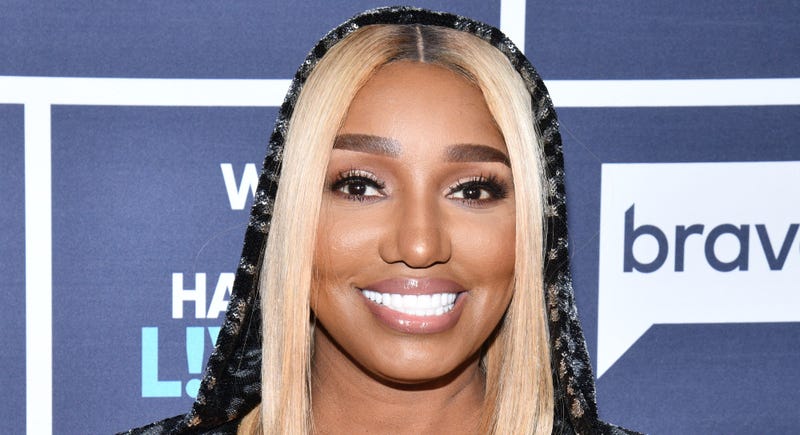 Stepping in to co-host the Big Tigger Morning Show on Atlanta’s V-103, NeNe Leakes joined us on-air and filled us in on everything that has been happening in her life.

From speaking candidly about the passing of her husband, Gregg Leakes, and how she has been coping, to sharing details about her new restaurant, to giving insight on the most recent Real Housewives of Atlanta cast shakeup, Leakes had a lot to catch us up on.

In September of this year, Leakes’ husband, Gregg sadly passed, after battling colon cancer. Nene shared that since losing Gregg life has been “hard.” “I’ve had a lot of highs and lows,” said the former RHOA star.

She continued that she struggles most at night, but during the day, Leakes says she is busy and occupied. She explained that at the end of the day she struggles to go home, “I don’t want to go there at night and stay.” With all of her kids moved out of the house, it’s only NeNe at home now. She noted that she feels “homeless with a home.”

“I’ve taken care of a lot of people in my career,” said NeNe. “And all of the people that I’ve really taken care of, none of them have taken care of me during this time. I don’t think it really registered to them that I’m not lonely, I’m alone at my home.”

“Check on your strong friends! I am a strong person, and I know a lot of people always look at me as being some superwoman, but I have feelings too,” pointed out the businesswoman.

Having publically made her exit from RHOA, the reality star touched upon who is receiving a peach for the upcoming 14th season of the reality show.

With Marlo Hampton finally making her debut on the beloved Bravo series, NeNe shared, “I feel fine about it… in the past I’ve had a lot to say… and I don’t have anything negative to say about it. I wish them well and I hope they have a great season.”

In terms of her current relationship with the Real Housewives franchise producer, Andy Cohen, NeNe told Big Tigger, “I don’t have any hard feelings… I’m a Sagittarius… I’m going to get it off my chest and I’m not the type of person that holds grudges, so I hope at some point we’d be able to sit down and hash it out.”

She added, “my door is open, I just assume his may be closed.”

As of right now, NeNe says she is not actively pursuing any reality show opportunities, but she is open to new projects if something caught her eye.

Leakes believes that if it weren’t for RHOA, she and the other housewives would be “really, really cool with each other. The show just has a way of just separating us. I think everybody has a very cool side. The girls that are there now… they all came after me.”

Currently, NeNe is focused on her successful restaurant and lounge, the Linnethia Restaurant & Lounge in Duluth, Georgia. Open every day except Mondays and closing at 3AM, the business mogul told us, “I love the experience… we have an amazing R&B brunch.” Brimming with cocktails, a delicious menu, and a hookah bar, Leakes added, “every night is cool at the Linnethia. My son and I are partners on it.”

NeNe chose to open the lounge because she, “never really liked to club. Gregg and I used to love to get dressed and go to dinner, and like listen to a live band at a restaurant…and it just kept coming to me. If Gregg and I wanted to go out we were like, ‘where could we go and hear a band!?’”

Now, the Linnethia serves as a live entertainment lounge and features a live band “every single day!”