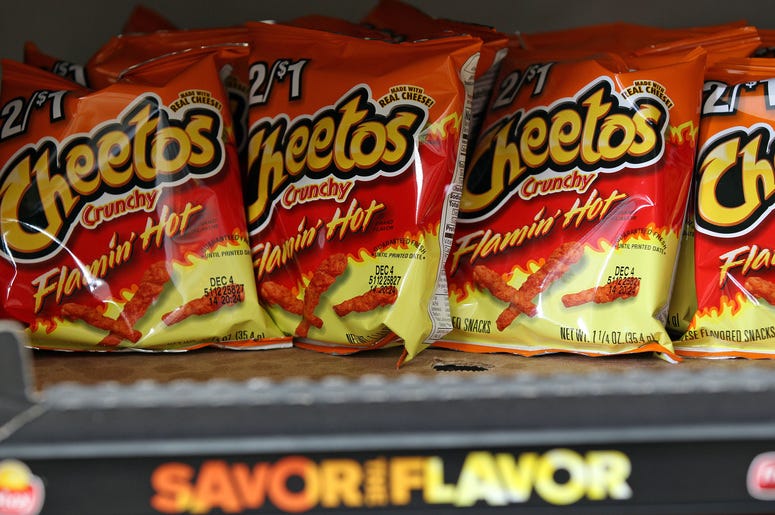 When it comes to spicy foods, people are always out to prove just how much of it the heat they can handle.

For most, the spicier the better, which is why two snack giants have started a competition to determine who sells the hottest chip.

Doritos and Cheetos recently announced a new contest, asking fans to vote on which brand has the spiciest chip.

I don’t think @doritos is ready for this 🔥 cast your vote for #TeamCheetos and visit Instagram every week for your chance at HOT prizes. see link in bio for full rules pic.twitter.com/3BIXNrwNDJ

For the contest, Doritos will release a new flavor entitled Xxtra Flamin’ Hot Nacho, while Cheetos is bringing back their popular Flamin’ Hot Spicy Pepper Puffs.

“We've seen fans of Doritos and Cheetos debate and advocate for their favorite snacks for years, and now it's taken on a life of its own on social media," said Stacy Taffet, VP of marketing, Frito-Lay North America.

Both snack chips are owned by Frito-Lay, who will be holding giveaways every Thursday until July 7 to promote the competition, according to Fox News.

For fans of spice, this is a competition they will definitely want to be a part of. Just make sure to have plenty of water nearby.

news
Will you still need to wear masks at chains like Walmart and Target? This is where 15 major retailers stand
music
Tracee Ellis Ross responds to ‘Black-ish’ coming to an end next season: ‘It’s gonna be a good one!’
sports
'Dark Side of Football' series to feature episodes on Bill Belichick, the Browns and more: report
news
Ivanka Trump displays toned abs in sports bra and leggings on beach stroll
sports
MLB insider considers Yankees the ‘most logical’ landing spot for Trevor Story
<a href="http://www.audacy.com/articles/abc-music-news/katy-perry-releases-electric-to-celebrate-pok-mons-25th-anniversary?article=curated" class="trending__i