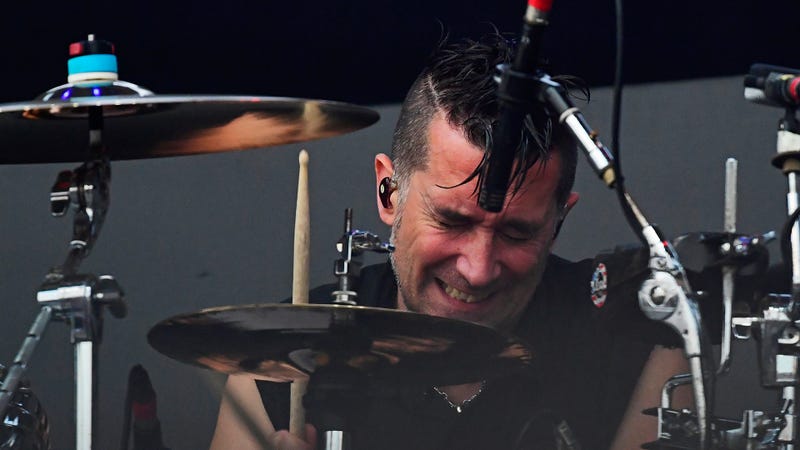 In a lengthy Twitter thread and post on his Instagram, Offspring drummer Pete Parada explains why he won't be joining his band for their upcoming performances.

Saying he has some "unfortunate and difficult news to share," The Offspring's Parada reveals, "Given my personal medical history and the side-effect profile of these [COVID-19 vaccines,] my doctor has advised me not to get a shot at this time."

Parada then goes on to explain, "I caught the virus over a year ago, it was mild for me - so I am confident I'd be able to handle it again, but I'm not so certain I'd survive another post-vaccination round of Guillain-Barré syndrome, which dates back to my childhood and has evolved to be progressively worse over my lifetime..."

"Since I am unable to comply with what is increasingly becoming an industry mandate - it has recently been decided that I am unsafe to be around, in the studio, and on tour," says Parada. "I mention this because you won€™t be seeing me at these upcoming shows." Audacy Check In: The Offspring ‘Let The Bad Times Roll’

"I have no negative feelings towards my band. They're doing what they believe is best for them, while I am doing the same," Parada clarifies.

He then declares "Unequivocally...that I support informed consent - which necessitates choice unburdened by coercion." He adds that he doesn't believe in allowing "those with the most power (government, corporations, organizations, employers) to dictate medical procedures to those with the least power."

Parada asks that people not "dominate, dehumanize and shout down at each other," noting that the vaccine-hesitant population "is not a monolithic group. All voices deserve to be heard."

In the meantime, I’m in the midst of launching a project and releasing some music with my daughter, so please stay tuned for all of that. I deeply appreciate your understanding and support as my family and I find a new way forward. 16/17

He ends by saying he's got other projects in the works, adding, "I deeply appreciate your understanding and support as my family and I find a new way forward."