“Day. By. Day.” That was Bill Belichick’s almost-joking response to every question about Mac Jones’ injury status after the quarterback reportedly suffered a high ankle sprain on Sunday.

Though the coach wouldn’t confirm the diagnosis or elaborate on the injury — “What do I look like, an orthopedic surgeon?” he replied to one question — or rule him out officially, he did admit Jones “probably wouldn’t practice” on Wednesday. Belichick did say he’d seen the young quarterback Wednesday morning and said Jones had made positive strides in the last 24-48 hours.

One other development: Belichick officially said Brian Hoyer would start if Jones was unable to play this week. So…there you have it. Rookie Bailey Zappe would be the backup.

Hoyer’s last start for the Patriots in 2020 against the Kansas City Chiefs didn’t go well (15-for-24, 130 passing yards, one interception). Then again, he also found out just the day before that he was starting with Cam Newton out due to COVID-19. With a week of practice, hopefully his performance improves.

Jones, meanwhile, is still reportedly weighing whether to have surgery on the injured ankle or let it heal naturally. Either way, there’s almost no scenario in which he plays on Sunday and it’s a good idea for him or the Patriots. 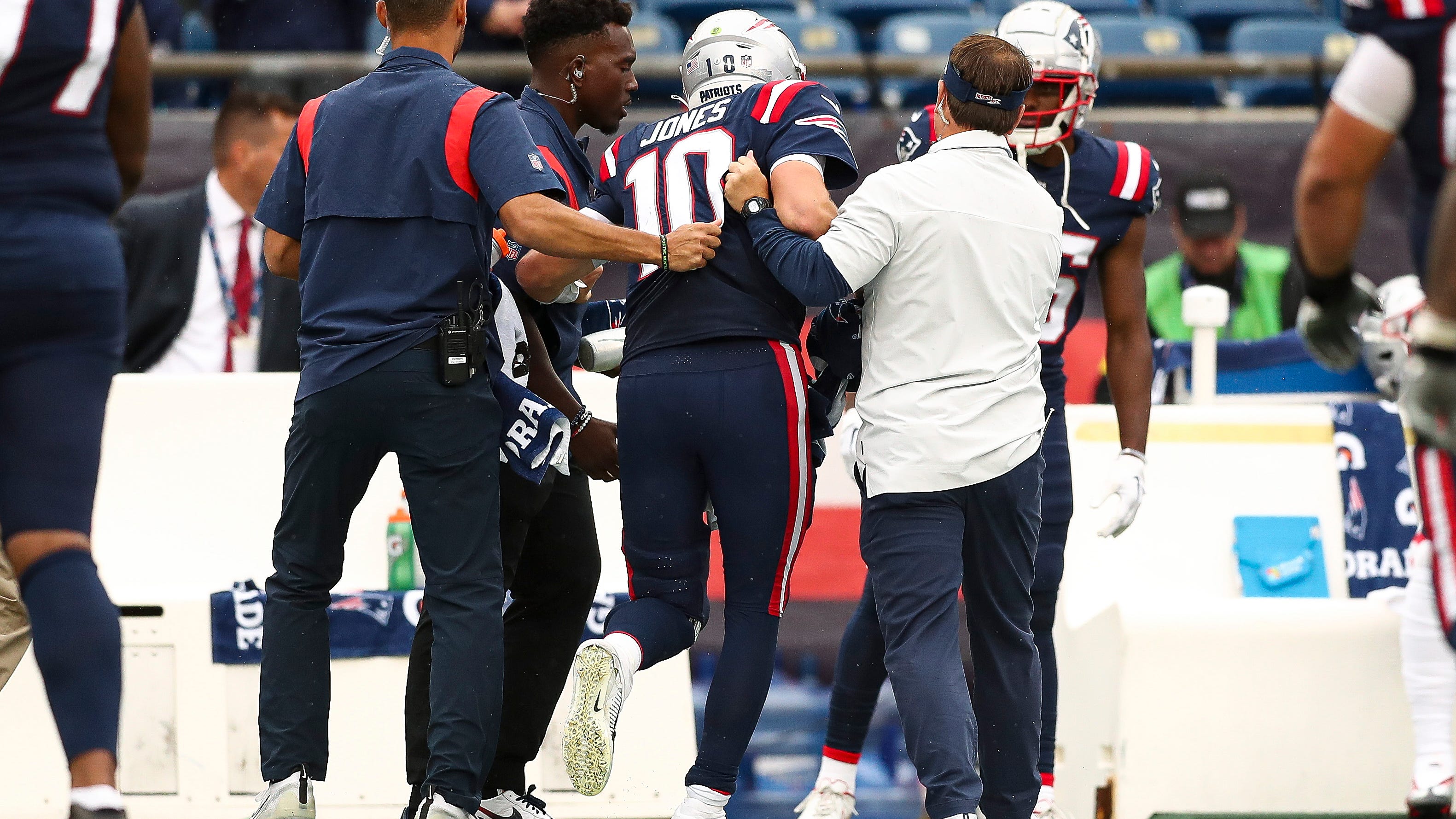