Karson Kuhlman's time with the Bruins has come to an end, as the 26-year-old right wing was claimed off waivers by the Seattle Kraken on Monday.

The Bruins put Kuhlman on waivers on Sunday, meaning every team had an opportunity to claim him before Boston would have been able to assign him to AHL Providence. He didn't make it too far down the waiver order (which is the reverse order of the league standings), as the Kraken were third.

Kuhlman has played 75 regular-season games and 16 playoff games with the Bruins since signing as an undrafted free agent out of the University of Minnesota-Duluth back in 2018. He has 15 career points (7 goals, 8 assists), including one goal and one assist in 19 games this season.

Kuhlman's best moment came in Game 6 of the 2019 Stanley Cup Final, when he scored his lone postseason goal to help seal the Bruins' Game 6 win and send the series back to Boston for Game 7.

With Jake DeBrusk recently returning from the COVID list and Nick Foligno set to return from injury this week, the Bruins found themselves with 14 forwards on their NHL roster.

Kuhlman ended up as the odd man out after getting passed on the right wing depth chart by Oskar Steen, who has played well in eight games since getting called up earlier this month. While Steen has broken through as a regular bottom-six forward, Kuhlman was serving as mere depth.

"You add [Steen] to the mix, and I think he’s done well enough to stay in the lineup," Cassidy said on Monday when asked about Kuhlman being waived. "Plays the same position as Kuhly, so yeah, that has a lot to do with it. … I credit Steen for coming in and pushing and doing a good job. Kuhly, when he went in he played well. He played to his strength, tried to be a little more physical at times when he could. Steener’s just a little bit ahead of him right now.”

Kuhlman should see more consistent playing time on a Seattle team that could use third- and fourth-line help. 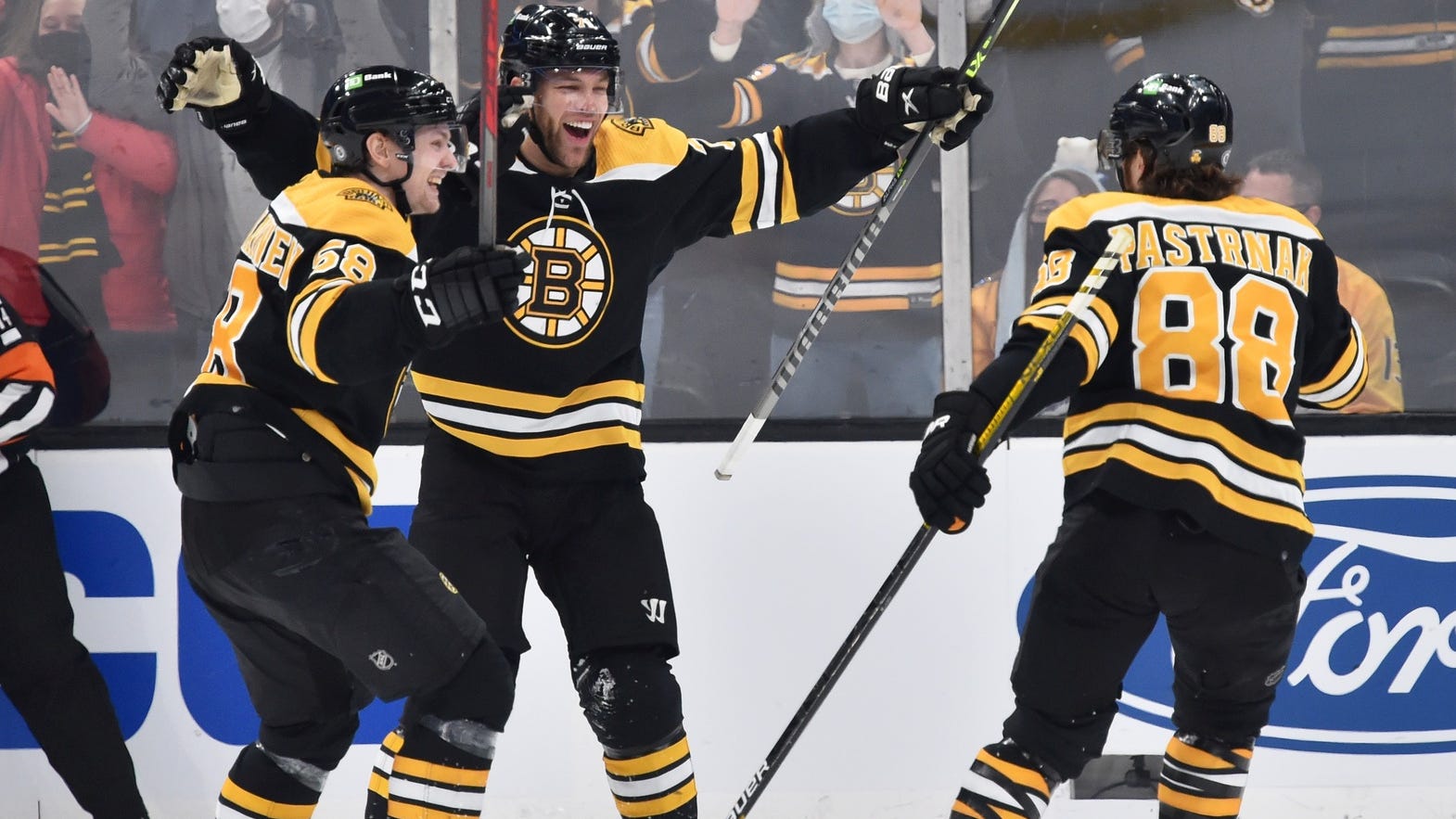