The 49ers reportedly received a positive update about injured quarterback Jimmy Garoppolo on Tuesday, as ESPN’s Adam Schefter tweeted that he avoided a dreaded Lisfranc injury to his left foot after an awkward tackle sidelined him on Sunday.

Garoppolo was believed to be out for the season, but Schefter reported the QB doesn’t need surgery and is now looking at a 7-8 week return timetable, which could make him available if the Niners make another deep postseason run.

Sources: Doctors concluded today that 49ers' QB Jimmy Garoppolo does not need foot surgery, it is not a Lisfranc injury, and if rehab goes smoothly, he could have a chance to return in 7-8 weeks, making him a potential playoff contributor. pic.twitter.com/beYu1Pa9KU

Given the new information, we can still assume that Garoppolo is out for the duration of the regular season, as the Niners have five games remaining. The Wild Card Round, which would occur six weeks after Garoppolo’s injury, also seems out of the picture, but perhaps Jimmy G could return as early as the the Divisional Round if the team can make it that far. The NFC Championship game would be eight weeks out from Garoppolo’s injury, while the Super Bowl is 10 weeks removed.

So, we’re saying there’s a chance.

For now, the 49ers are rolling with Mr. Irrelevant, Brock Purdy, the final pick of the 2022 NFL Draft who led the squad to a 33-17 win over the playoff-contending Miami Dolphins. San Francisco also signed 36-year-old Oakland native Josh Johnson Tuesday to serve as Purdy’s backup the rest of the way, while Jacob Eason remains on the practice squad.

The 49ers are yet to place Garoppolo on injured reserve as of Tuesday afternoon and have two remaining IR spots after being injury-riddled throughout the year.

San Francisco (8-4) has won five straight games and currently holds the top spot in the NFC West by a one-game margin over the Seattle Seahawks. The Niners are currently ranked as the No. 3 seed in the wide-open NFC, but only the top seed gets a bye in the first round.

Purdy and the squad still have plenty of work to do in the final five games and opposing teams have tape on the unheralded rookie. We’ll have to see if San Francisco’s fortunes change, starting with Sunday’s matchup against the Tom Brady and Tampa Bay Buccaneers. 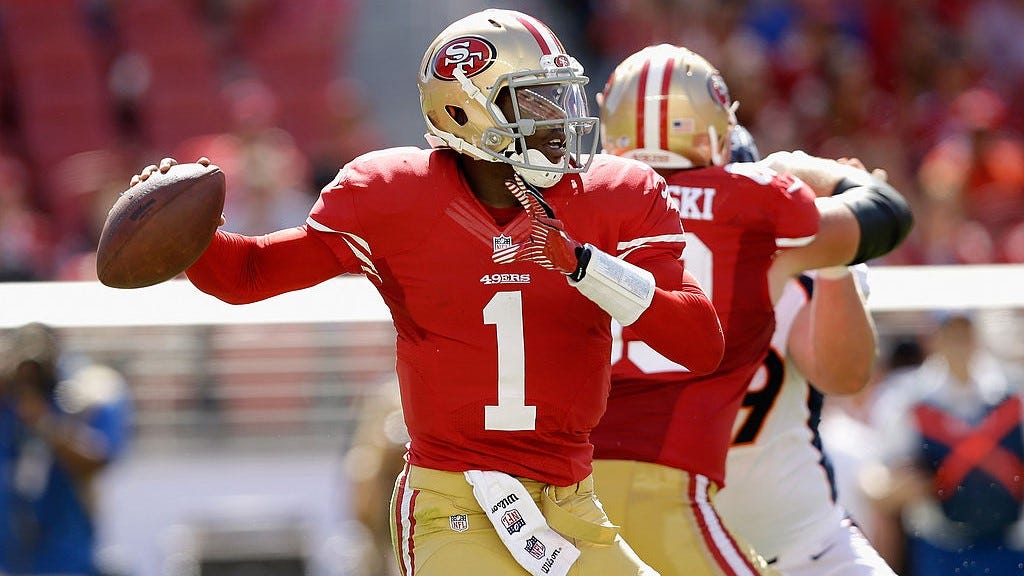