Things got heated between Shannon Sharpe and the Memphis Grizzlies Friday night, with stadium security eventually intervening, separating the former tight end from Dillon Brooks, whom he’d been jawing with for the better part of two quarters. The chirping started when Sharpe, from his courtside seat at Crypto.com Arena (formerly Staples Center), heckled Brooks by telling him he couldn’t guard LeBron James, with tensions steadily escalating from there, ultimately culminating in this chaotic scene.

Shannon Sharpe and the Grizzlies shared words during Grizzlies-Lakers. pic.twitter.com/ziOPY5Z8ZN

Sharpe was escorted away in the aftermath of that exchange but eventually returned to his seat, later making amends with Tee Morant (father of Grizzlies All-Star Ja Morant), who had also been involved in the altercation, rushing to his son’s defense after things boiled over on the Grizzlies’ sideline. After giving a defiant interview with ESPN, insisting Brooks and Morant “didn’t want these problems,” Sharpe struck a more apologetic tone in his remarks Monday on Undisputed (a show he cohosts with veteran hot-take artist Skip Bayless), lamenting what the Hall-of-Famer described as a regrettable lapse in judgment.

Shannon Sharpe spent halftime in the tunnel with security before returning to his seat for the third quarter. He granted ESPN a brief interview explaining what happened with the Grizzlies on his way to his seat: pic.twitter.com/XZNw6sQhEG

“I want to apologize for my behavior. I’ve preached for the last six and a half years responsibility and accountability. I take full responsibility for what transpired. It doesn’t matter what Dillon Brooks said or how many times he said it,” said the three-time Super Bowl champion. “Me, being the responsible person, me having the platform that I have, and having so many people look up to me, I was wrong. I should have lowered the temperature in the arena. Instead, I turned the temperature up and I let it get out of hand.”

Sharpe, as you might recall, was part of another recent controversy, calling out Bayless for his lack of empathy toward Bills safety Damar Hamlin, who needed to be resuscitated on the field after going into cardiac arrest in a game earlier this month. That blowup came amid reports that Sharpe and Bayless had reached a low point in their relationship, deteriorating almost beyond repair. An ardent LeBron defender, Sharpe admits he may have taken his fandom too far on this occasion, distracting from what was otherwise an entertaining game between conference rivals.

“I want to apologize to the fans that were in attendance and the fans that watched on television, because that’s not what you paid for and not what you tuned in to watch,” said Sharpe, showing surprising accountability for his outburst. “I’m never going to be too big to say I’m sorry. And in that situation, I was absolutely wrong.”

"I take full accountability for what transpired. I was wrong."@ShannonSharpe apologizes & addresses his altercation at the Lakers-Grizzlies game: pic.twitter.com/RNFBydr5A6

Throughout its nearly seven-year run on FS1, Undisputed has been a polarizing entry into the sports debate genre, a loud, character-driven vehicle deriving content from viral rants, while often stretching credibility with outlandish takes and a steadfast commitment to showmanship, with bluster and male ego substituting for anything resembling nuance and cogent analysis. The charade can be entertaining, similar to the appeal of professional wrestling in its cartoonish, over-the-top stylings. But even within that realm, Sharpe acknowledges his spat with Brooks was a bridge too far, flying off the handle in an uncharacteristic display of emotion.

“He is a fierce competitor and seeing him up close I get a sense of why he is what he is and how he’s wired the way he’s wired,” the former Broncos and Ravens star said of Brooks, who dismissed Sharpe as a “regular pedestrian” after the game. “I’m not perfect. I am not. And I’m never going to say that wasn’t Shannon Sharpe, because that was me. It was just me getting out of character. I’m sorry for all those that saw and took offense to my actions.” 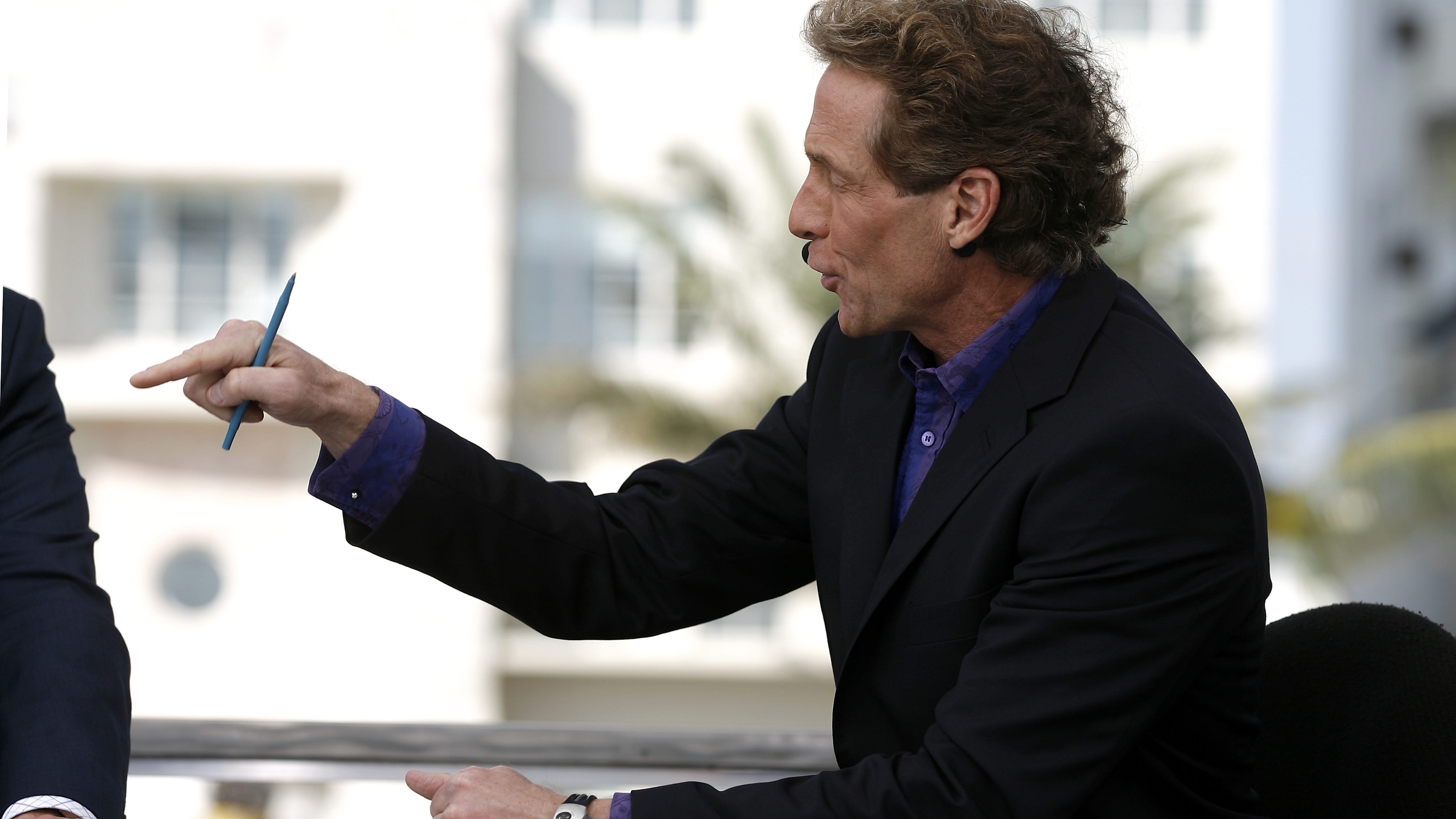