The Bruins should be glad they don’t have to see the Capitals again until April. While they’ve beaten Washington twice in the last two weeks, those games have been painful.

In the first meeting on Jan. 10 -- a dominant 7-3 Bruins win -- Trent Frederic was knocked out of the game with an upper-body injury on a hard hit from Alex Ovechkin and hasn’t played since. Brad Marchand also had his nose broken on a high stick from Nic Dowd, although he didn’t have to miss any time.

It appears Marchand will miss some time after Thursday’s rematch, though. While the Bruins came away with a thrilling 4-3 win on Charlie McAvoy’s last-minute game-winner, Marchand’s night ended early after Garnet Hathaway hit him from behind into the boards.

Marchand was seen favoring and icing his right shoulder, and cameras captured him being unable to even lift his right arm to celebrate David Pastrnak’s goal during the power play resulting from Hathaway’s penalty. Bruins coach Bruce Cassidy said Friday that Marchand would miss at least Saturday’s game and then be re-assessed.

Not a good sign for Brad Marchand's injury that he couldn't even raise his arm to celebrate a goal pic.twitter.com/r1qgvCnr9V

In addition to Marchand, the Bruins also lost fellow left wing Anton Blidh, who suffered an upper-body injury of his own on a hard (but clean) hit from Tom Wilson in the first period. Same deal as Marchand: Cassidy said he’s out Saturday and will be re-evaluated from there.

So, what do the Bruins do with Marchand and Blidh out?

Well, let’s start with what they did Thursday after those two went down. Cassidy kept his second line of Taylor Hall, Erik Haula and David Pastrnak together. That trio stayed hot with another 5-on-5 goal when Hall set up Pastrnak in the first period. Pastrnak also scored a power-play goal.

Cassidy moved Jake DeBrusk up to Marchand’s first-line left wing spot, putting him alongside Patrice Bergeron and Craig Smith. That combination worked out well, with the Bruins outshooting the Capitals 4-1 during their 4:40 together at 5-on-5 and scoring a third-period goal when DeBrusk threw a puck to the front of the net that went in off a Capital. DeBrusk also set up McAvoy for the game-winning power-play goal.

So, one option would be to keep the same top six that finished Thursday’s game -- with DeBrusk on the top line -- and then just fill in the bottom six. Foligno, who started the game at right wing before flipping sides, would stay at left wing. Oskar Steen, who was a healthy scratch Thursday, re-enters the lineup at right wing.

Cassidy said Friday that is indeed how he plans to start Saturday’s game.

“He did a good job up there,” Cassidy said of DeBrusk. “When Marsh goes out, Jake certainly has elements to bring offense. That line we use obviously in matchup situations. They were matched up predominantly against Ovechkin and [Evgeny] Kuznetsov last night. Jake did a good job replacing the offensive part of it, made some plays. … He’ll get his opportunity, and hopefully it works out well for us.”

With Frederic still out and Karson Kuhlman now in Seattle after being claimed off waivers, that would leave one more spot to be filled. Steven Fogarty, who has 23 points (8 goals, 15 assists) in 26 games with Providence this season, was with the team Friday and seems like the most likely option. Jack Studnicka and Jesper Froden are two other possible call-ups who have already seen NHL action this season.

Another option the Bruins could consider if Cassidy feels the need to shake things up at some point is a return to the lines they used when Marchand was suspended for three games in early December. That would be a top line of Hall-Bergeron-Pastrnak and a second line of Haula-Coyle-Smith, with Haula shifting to left wing. Then fill in the bottom six from there, with two of Nosek, Lazar and Studnicka as the centers and DeBrusk dropping back down to the third line.

Both of those lines played well during that stretch, with Hall and Haula, in particular, looking rejuvenated after slow stretches prior to that. Of course, Hall and Haula are not in the midst of a slow stretch now. They’ve found chemistry together with Pastrnak on their right and have been playing well.

Hall and Pastrnak together with Bergeron would presumably be a very good line once again, but it’s certainly understandable that Cassidy wants to keep his current second line together and see if a DeBrusk-Bergeron-Smith line can produce. There’s no guarantee Haula, Coyle and Smith -- who have been on three separate lines this month -- would regain the chemistry they had a month and a half ago if Cassidy put them back together.

We’ll find out exactly what Cassidy settles on Saturday afternoon when the Bruins host the Winnipeg Jets. 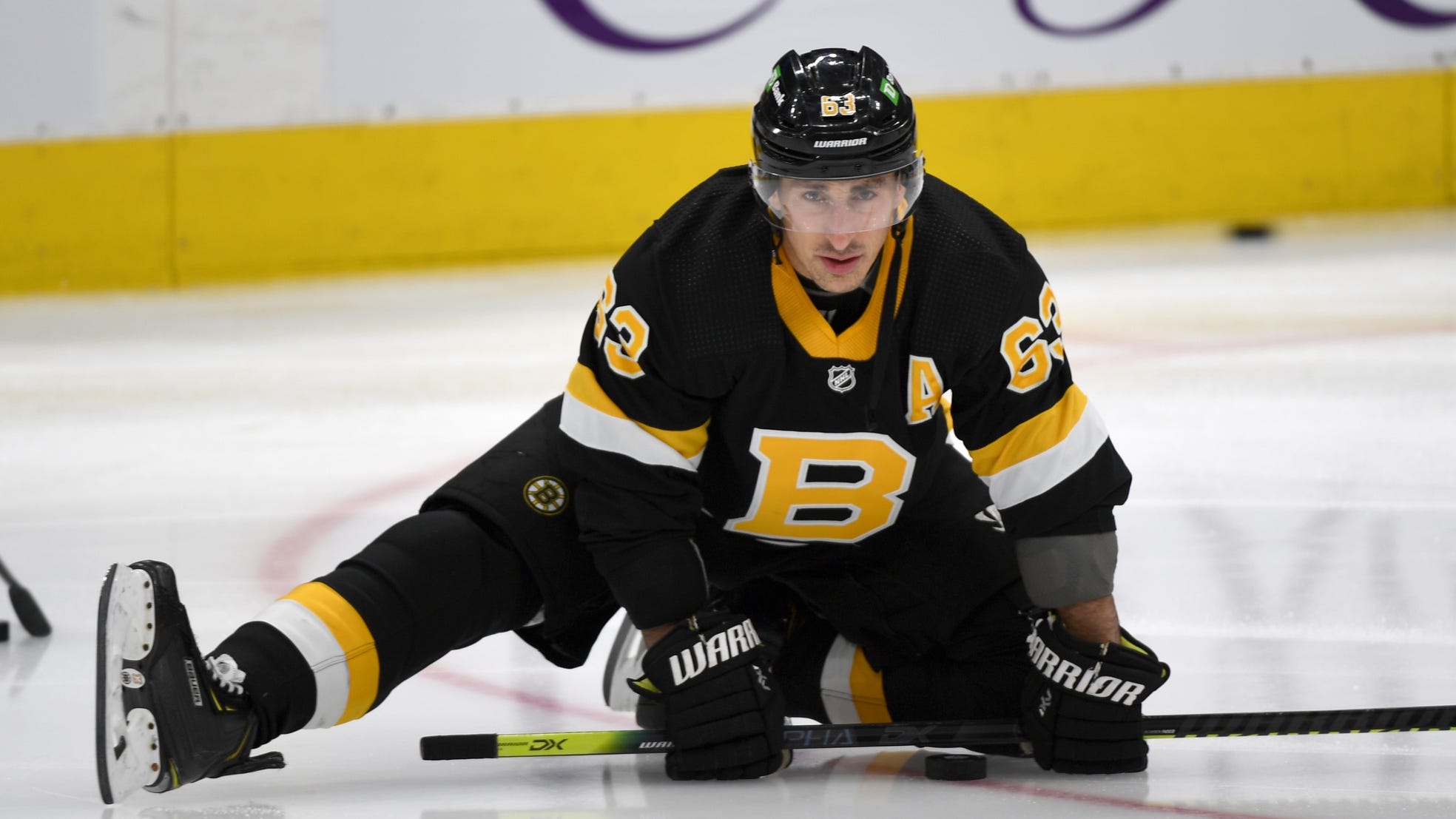