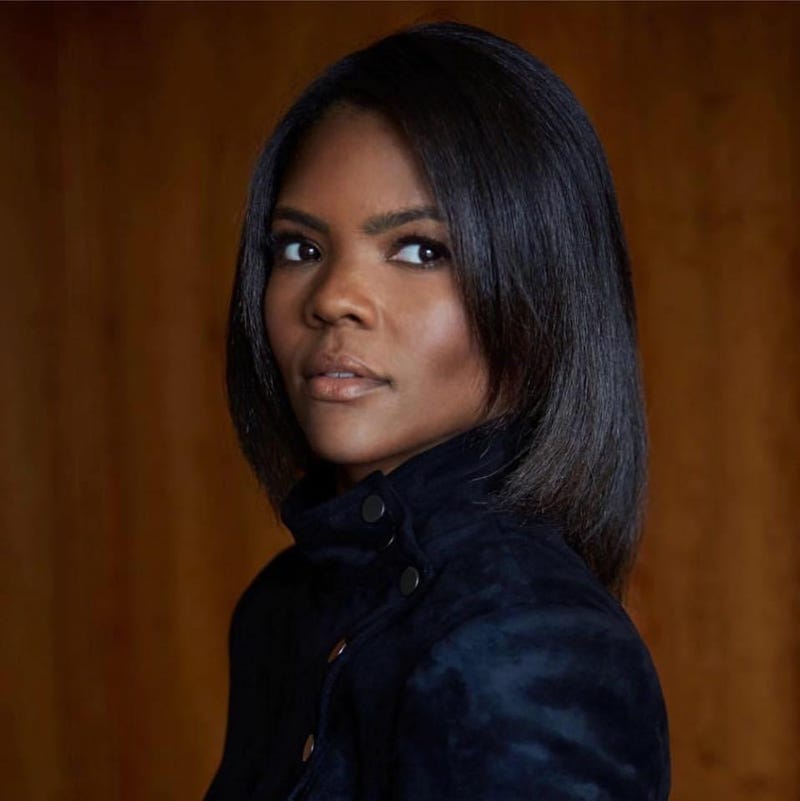 Candace Owens has always been a controversial conservative voice, especially against Black Americans. In her latest tirade, Ms. Owens decided to call Ahmaud Arbery, the young African-American man who was gunned down for jogging in a suburban community, a criminal.

Ahmaud Arbery was caught on camera breaking into an unfinished property that was owned by Larry English.
His mother has confirmed it is him in the video.
Please stop with the “just a jogger” bullshit narrative.
Avid joggers don’t wear khaki shorts & stop to break into homes.

Daily mail has published the full 4 minute video of Ahmaud Avery WALKING* up the street, and then ENTERING a private property which was under construction.

As I said: He didn’t deserve to die but the “just a jogger” narrative was a race-baiting LIE.https://t.co/rgDnvBwHb0

Lastly, to @KingJames— who will never be what Kobe and Jordan were off the court because he lacks intellect.
Bro. You have multiples homes, white personal chefs, gardeners and housekeepers. If that’s an example of “literally being hunted” by white people, then sign me up ASAP.

Not only is it not a crime to enter into a construction site, Larry English, the property owner, went on record in a recent interview and said his property was not burglarized and nothing was stolen from the premises. Which makes the story of Travis and Gregory McMichael, the killers, even more questionable.

According to the McMichaels, who have been charged with murder and aggravated assault, they were enacting a "citizen's arrest". GA law requires the commission of a felony in the presence of the citizen for this statute to apply. In this case, neither occurred.

There is now an investigation into why this incident did not result in an arrest at the scene. According to local commissioners in Glynn County, the District Attorney got involved and stopped the arrest from taking place. Jackie Johnson, the Brunswick judicial circuit prosecutor, is reportedly close friends with Gregory McMicheal, one of the men now charged in the murder.

Candice Owens is known for trolling Black celebrities on social media and garnering applause from right-wing media outlets and conservative groups. However, in an ironic twist, many Black Republicans are not cheering her latest attempt at punditry.

Here's what they tweeted:

Sigh....Why is she so hateful? This seriously scares me. This is not how we grow our movement. I pray that God heals her heart. And they’ll know we are Christians by our love.

Very disturbing to see this from a woman who could be such a powerful voice. pic.twitter.com/jPLffJvWLE

I've never had a problem with being a black conservative and most black people who are Democrats have supported me. However, if you're black & a conservative and your only purpose is talking down your own community for applause & acceptance from white people, you have a problem.

Why are we putting Ahmaud Arbery on tríal?

Criminal history or not, my faith compels me to believe in the idea of redemption. Ahmaud Arbery did not deserve to die the way he did.

No human being does. Full stop. https://t.co/CsLuHKzk0P

This is just one example of the foolishness that continues to dribble out of @RealCandaceO mouth, embraced and digested by millions of well meaning Americans. It is devoid of complexity context and compassion, nothing more than tribal propaganda. pic.twitter.com/3Z0qeWa9a8

Even after the Republican Governor of Georgia, Brian Kemp called the killing of Ahmaud Arbery, "horrific" and the two men were arrested for murder, Candace Owes refuses to issue an apology to the family for her remarks.  Listen to Rashad's thoughts below. The #RRMS can be heard Mon - Fri from 7 a.m. - 10 a.m. replay at 7 p.m.Listen through News & Talk 1380-WAOK, V-103FM (HD3)www.WAOK.com or download the Radio App from www.Radio.com.