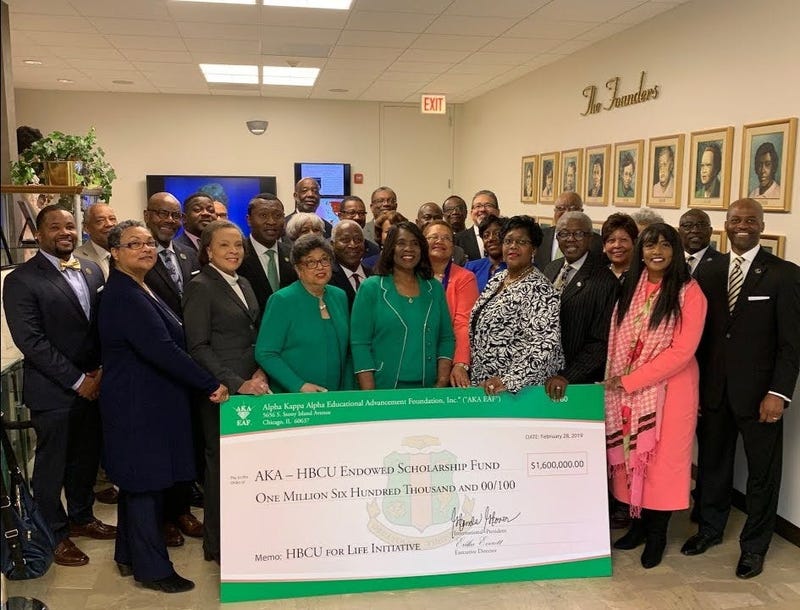 Dr. Glenda Glover, International President of Alpha Kappa Alpha Sorority, Inc. says she knows first-hand what the needs of HBCUs are. “I know it everyday, I see it everyday”, says Dr. Glover, who is also President of Tennessee State University, an HBCU located in  Nashville.

Glover and the members of AKA are celebrating raising more than $1 million dollars this week for HBCUs.

When Glover took the helm of the women’s organization in 2018 she started HBCU Impact Day, designated to raise funds for Historically Black Colleges and Universities. It was held on Monday, September 21 this year, and raised at least $1.3 million dollars according to Glover. It’s the same amount of donations from 2019. In 2018 $1.1 million was raised says Glover.

The needs of students at HBCUs are different anyway says Glover but “the needs have been just magnified by the fact that it’s become a zoom world, a webx world overnight.” She adds “our students have been forced to online learning. Some have had to start from scratch in such a short period of time.” At TSU Glover says “there were some real challenges that we’ve had to endure. Student life is quite different now.”

Alpha Kappa Alpha Sorority, Inc. has been in the national spotlight since one of its 300,000 members, Senator Kamala Harris, was chosen as Joe Biden’s running mate in the race for U.S. President. Glover calls the nomination a great and unbelievable moment. “This says a lot for the entire nation and the world because it shows how inspirational it is ”for little girls that it can be done. “If you can see it, you can be it” says Glover.