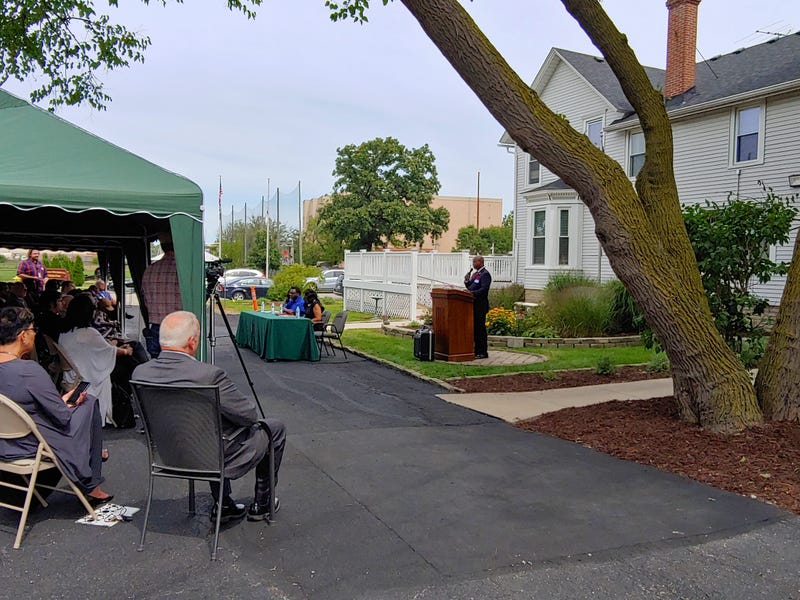 MAYWOOD (WBBM NEWSRADIO) -- Addiction treatment specialists are getting ready for a possible influx of patients as the state prepares for expanded gambling and legalizing recreational pot.

Anita Pinduir, executive director of the Way Back Inn, said less than five percent of people have gambling disorders but research shows that the closer a person is to a casino, sports book or other gambling opportunity, the more likely they will develop one.

"The closer something is to you, the more likely it is that you will then develop that disorder," Pinduir said.

Counselors at the treatment center in Maywood recently went to a five-day training seminar and are getting licensed in pathological and compulsive gambling disorders.

State Representative Chris Welch held a legislative open house at the center on Friday in which he and other state public officials answered questions about expanded gambling and legal marijuana.

The democrat said the state is spending an additional $16 million a year on mental health treatment and will evaluate if that's enough.

Spent part of the day addressing addiction and mental health issues at @thewaybackinn with @LLCoolK_4, @BrandonCCD1 and DHS Secretary Grace Ho. Excited about a new partnership with @IllinoisRali to fight opioid abuse in the community. Congrats to Executive Director Anita Pinduir! pic.twitter.com/4BIz5sTKip

Danny Morrell was treated at the Way Back Inn for addiction and encourages anyone with an addiction problem to get help, saying he found a supportive community there.

"I know when I came in I thought I was different from everyvody," Morrell said. However, I found a welcoming communuity that I could relate to."