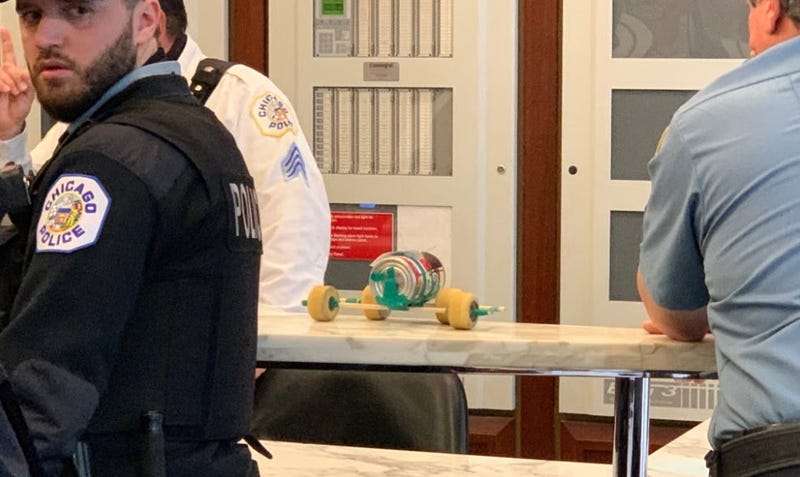 CHICAGO (WBBM NEWSRADIO) -- A student project at DePaul University brought the Chicago Police, campus security - and closed down State Street at Jackson for a short while this afternoon.

DePaul students watched as a student went out to State Street with a can of ravioli attached to wheels.

"He put it down,” one student explained. “He ran upstairs, I think, to go observe it. And the cops came. I think there was like 10 cops here at one point. And they were questioning him, over a can of ravioli. It looked like a toy. I thought it was like a car."

Another student said: "They're thinking, though, must be that it's like a radio-controlled pipe bomb. It's got wheels and they're going to go away from it and then drive it into something and then blow it up."

DePaul University says it was design class prototyping project. The student placed it on State Street for a photo.

Chicago Police said they were issuing a ticket, but it's not clear what the infraction was.