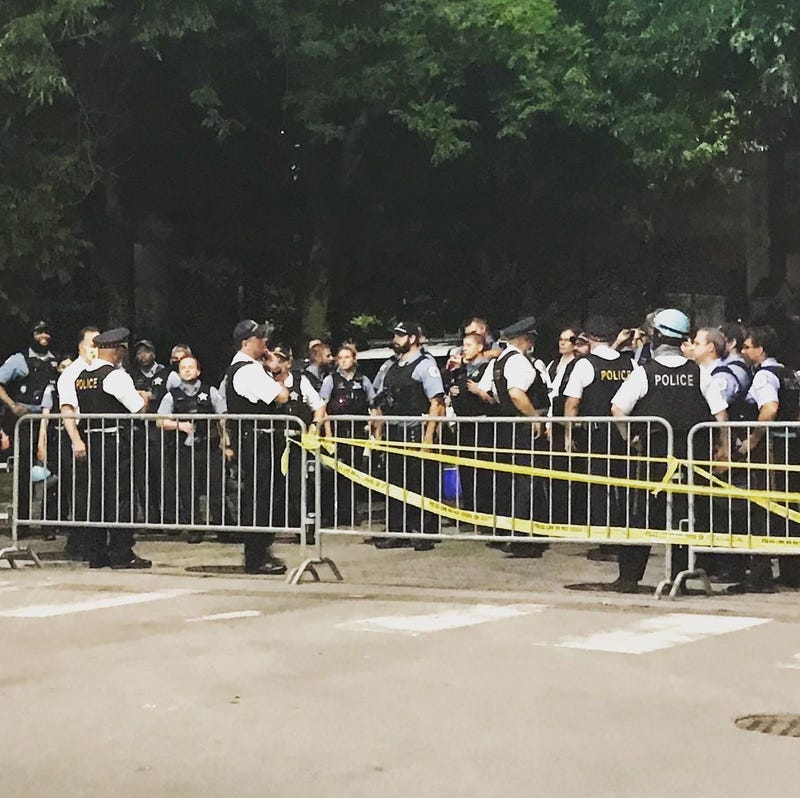 CHICAGO (WBBM NEWSRADIO) -- Mayor Lori Lightfoot on Thursday defended the actions of Chicago police officers who have dramatically stepped up security around her home in Logan Square.

Chicago police last week turned away demonstrators at a school resource officer protest just as the march was trying to head down Mayor Lightfoot’s street.

The Chicago Tribune reports the local police commander has told officers to lock down the block. One neighbor told the paper they have started referring to the area as “Fort Lori.”

At an unrelated police event, Lightfoot said the added security is appropriate.

“This is a different time, like no other,” she said. “And I’m not going to make any excuses for the fact that given the threats that I’ve personally received — given the threats to my home and my family — I’m going to do everything I can to make sure they’re protected.”

Mayor Lori Lightfoot cites specific threats to her, her wife, and home as to why she won't allow protest on her block. Here students, teachers and activists are stopped short of the Mayor's Logan Square home by police 8/13. @WBBMNewsradio pic.twitter.com/L0xLpikwCK

She would not elaborate on the threats but said residents understand her concerns.

Police officers are being ordered to arrest anyone who refuses to leave the area.

The police move comes as protests in Chicago have occasionally turned violent and devolved into vandalism and looting. Previously, demonstrators have gathered outside the mayor's home to challenge her administration's positions on various issues.