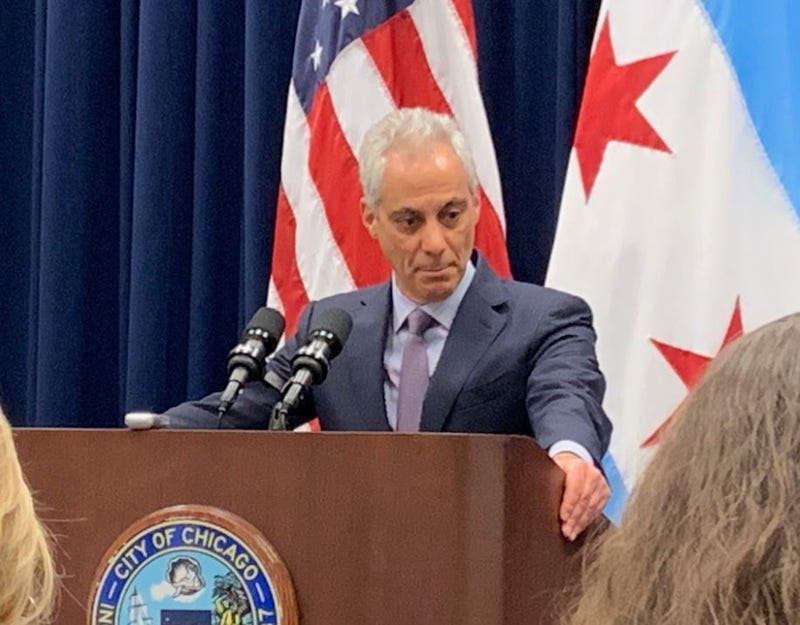 CHICAGO (WBBM NEWSRADIO) – Gov. Pritzker and Chicago Mayor Emanuel are quarreling a bit over long-discussed idea of building a third regional airport near Peotone.South Suburban lawmakers and other officials recently said they’d like to see plans move forward for a possible South Suburban Airport. At an unrelated event, Pritzker gave a favorable answer on the airport question as Mayor Emanuel sidled up and bumped him from behind.

Emanuel said that while Pritzker is concerned with the whole state, he must worry about Chicago’s future. He says O’Hare is already adding an entire airport's worth of capacity with its modernization program. Midway will be getting some work, too, he said.Congresswoman Robin Kelly is spearheading the latest efforts to revive plans for a third regional airport near Peotone. She wants $150 million for roads around what would be the site, and Pritzker isn’t saying “no.”

sports
Here's how each NBA team fared the last time they selected from their 2021 draft slot
music
Cardi B sparks conversation, blasting mother who said she puts her husband before child
sports
Celtics to hire Nets assistant Ime Udoka as new head coach
sports
Report: Nets willing to ‘at least listen’ to trade offers for Kyrie Irving
music
Ariana Grande got carded by Wolfgang Puck because he assumed she was too young
music
Salma Hayek's breasts got bigger amid menopause: 'They have just kept growing'