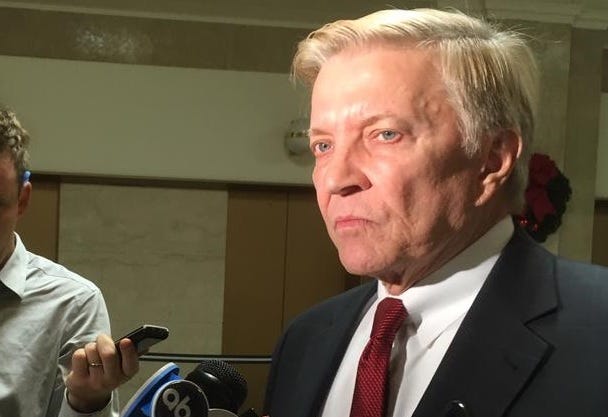 CHICAGO (WBBM NEWSRADIO) -- One of the candidates for Cook County state's attorney is calling on the Illinois Supreme Court to make further changes to the county's bail system.

Bob Fioretti said there are "dangerous flaws" in the system that has seen a dramatic reduction in the use of cash bond since late 2017.

During a press conference he held Sunday, Fioretti pointed to a Tribune investigation that found 431 more defendants released who then went on to commit violent crimes than were included in a review by Chief Judge Timothy Evans.

Fioretti said he wants the high court to convene a summit of judges, prosecutors, public defenders and others in the justice system to create what he calls a "sensible bail system that protects the rights of low level offenders and the safety of every resident."

He said he believes part of the problem with the recent reforms is they were made primarily by Evans without the input of others.