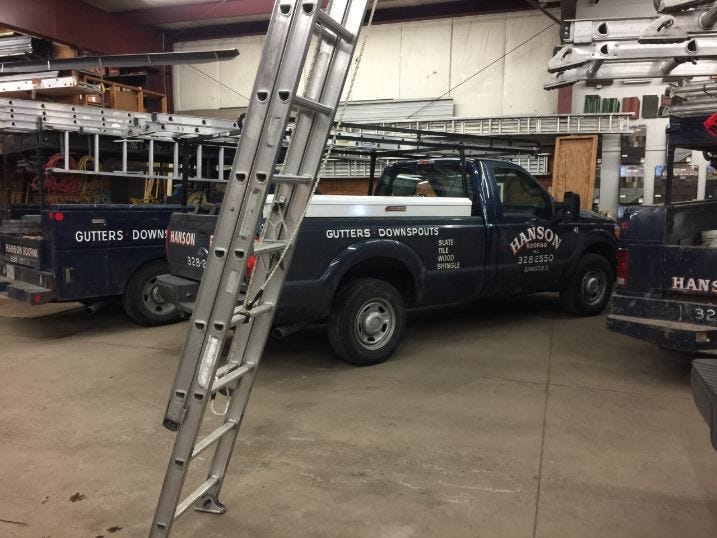 CHICAGO (WBBM NEWSRADIO) -- Staying on top of homes on the North Shore for more than 75 years, WBBM Newsradio's Bernie Tafoya has this week's Made in Chicago with Hanson Roofing in Evanston.

“We do anything from gutter cleaning to a half million dollar slate job on the lake,” said Chuck Neuhaus, president and CEO of Hanson Roofing.

Hanson even does the roofs of their customers’ summer homes in Lake Geneva, Michigan and Aspen, Colorado.  He also said one woman asked Hanson to replace a roof in Hawaii. The company declined that job.

Chuck Neuhaus said his dad did pass on some words of wisdom to him when he took over the business.

“Pay yourself last. Make sure everybody gets paid. And do the job right so you can stand back and take a look at what you’ve accomplished during the day and be proud of,” he said.