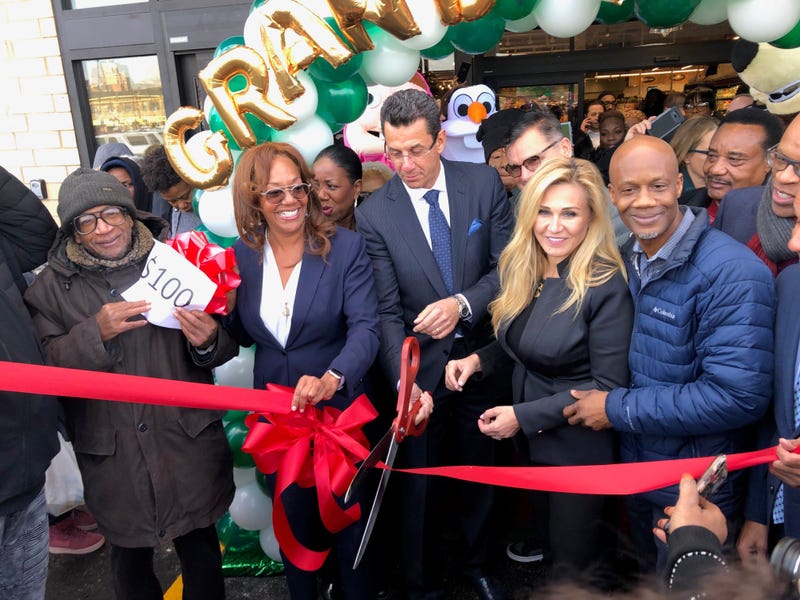 CHICAGO (WBBM NEWSRADIO) -- After six years without a grocery store, Chicago’s South Shore neighborhood finally has one. Local Market opened Wednesday in a place that had previosly been a Dominicks.

The owners of Local Market, Eva and Cezar Jakubowski cut a ribbon Wednesday opening the new store, located at 71st and Jeffery, as hundreds waited outside in the cold - some for many hours for free groceries.

“Local Market is a store that was created for South Shore. Our goal is to hire locally, source ideas locally," said Eva Jakubowski. “We have been able to hire 180 people, the majority from the local community.”

Alderman Leslie Hairston said she shopped the location to every major grocer and they all turned her down. And consider this, "If this area were a city, it would be the sixth largest in Illinois behind Naperville. In Naperville, however, there’s one major grocery store for every 13,000 people."

WBBM: Will anybody have any issue with the owners being this white, Polish couple?

“I mean, certainly, there are some people who will have concerns, but the majority of people will recognize this is a rare opportunity for South Shore and thank God.”

And the people, like Denise Henderson, are happy to have a grocery store.

“We’ve been starving for a grocery store, so I’m excited that it’s open," she said.