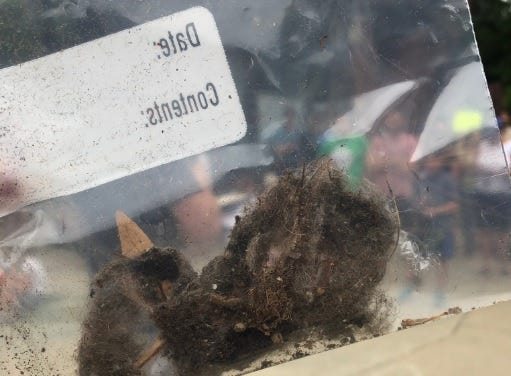 "I want to make sure that all of our children all around the community, all around Chicago, don't have to have the impact of this polluter,” Lara Compton said Sunday. "We won't rest until General Iron is brought into compliance or shut down."

General Iron was cited by the EPA in 2018 for emitting excessive amounts of volatile organic compounds, or VOCs. Compton said one of her children has asthma, and she attributes that to the facility.

Randy Samborn, a spokesperson for General Iron, said a solution is already in the works. The company installed a $2 million filtration system, called a regenerative thermal oxidizer, last week, he said.

Once it's running, Samborn said, the system will eliminate 98 percent of VOCs.

Residents say they’re concerned about the “fluff” -- a byproduct of the recycling plant – that found in the air and in neighbors’ yards.

"My understanding is it's not something you want to breathe into your lungs. It's a combination of different metals as well as fiberglass," resident Bart Lowry said.

General Iron says the only issue with the EPA is its VOC reduction, which the RTO filter will correct.

Lincoln Park residents and their aldermen are asking Mayor Lori Lightfoot to intervene.